Jim Chalmers posed for photos with a series of backbench Labor MPs at the Jobs and Skills Summit despite them not being on the official invite the list.

The Treasurer invited backbenchers – including the MP for Higgins Michelle Ananda-Rajah, MP for Hunter Dan Repacholi, MP for Swan Zaneta Mascarenhas and MP for Bruce Julian Hill – to sit in Anthony Albanese’s seat when the prime minister was elsewhere.

All of the backbenchers posted photos of their brief chat with the Treasurer on social media to show their constituents what they had been up to in Canberra. 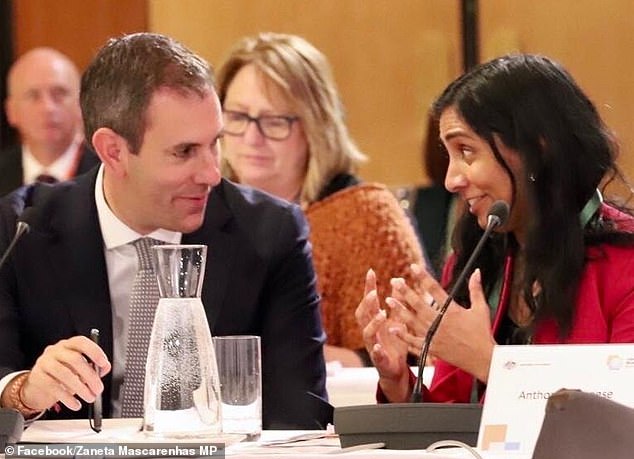 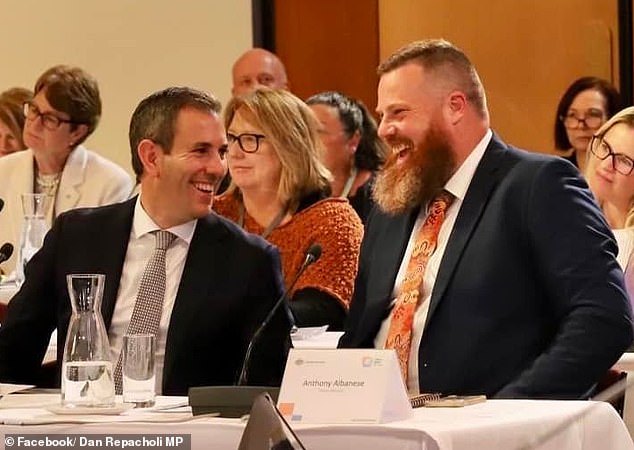 The near-identical photos sparked speculation Dr Chalmers is building friendly relations with backbenchers because he wants to one day call on their support to become Labor leader.

The Australian newspaper’s associate editor Nick Tabakoff claimed the matching photos were a sure sign that Dr Chalmers hopes to be prime minister one day.

‘Chalmers’s photo op with the backbenchers was a masterclass in both social media spin and caucus management: two things dear to any future leadership aspirant,’ he wrote.

Labor said the summit on Thursday and Friday achieved several key outcomes, chief among them the increase in the permanent migration target to 195,000 people a year.

That level was cut by 15 per cent to 160,000 just months before the emergence of Covid-19 in a bid to ease urban congestion. 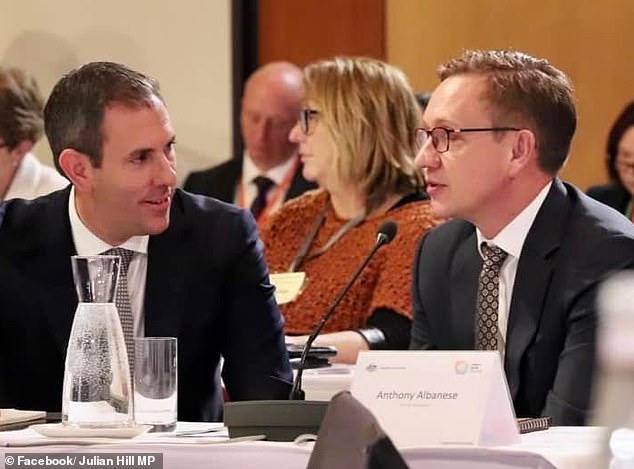 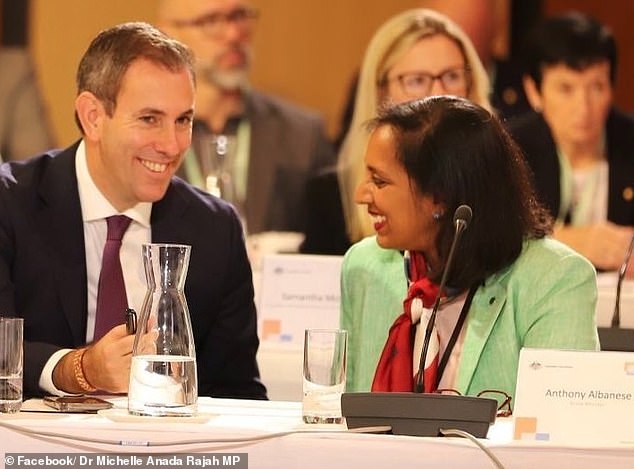 Australia’s unemployment rate is now at a near 50-year-low of 3.4 per cent but labour shortages have contributed to soaring inflation that has reduced real wages.

‘Covid is presenting us, on a platter, with a chance to reform our immigration system that we will never get back again. I want us to take that chance,’ Home Affairs Minister Clare O’Neil told the summit.

1. An additional $1billion in joint Federal-State funding for fee-free TAFE in 2023 and accelerated delivery of 465,000 fee-free TAFE places;

2. A one-off income credit so that Age Pensioners who want to work can earn an additional $4,000 over this financial year without losing any of their pension;

3. More flexibly utilising $575million in the National Housing Infrastructure Facility to invest in social and affordable housing, and attract financing from superannuation funds and other sources of private capital;

4. Modernising Australia’s workplace relations laws, including to make bargaining accessible for all workers and businesses;

6. Improving access to jobs and training pathways for women, First Nations people, regional Australians and culturally and linguistically diverse people, including equity targets for training places, 1,000 digital apprenticeships in the Australian Public Service, and other measures to reduce barriers to employment;

7. An increase in the permanent Migration Program ceiling to 195,000  people in 2022-23 to help ease widespread critical workforce shortages; and

8. Extending visas and relaxing work restrictions on international students to strengthen the pipeline of skilled labour, and providing additional funding to resolve the visa backlog.

The government also committed to setting up a forum to bring together unions, businesses and government to solve issues in the construction industry, such as mental health and safety concerns.

Business Council of Australia president Tim Reed reiterated the organisation’s preference to focus on fixing bargaining at the enterprise level.

‘If we really want to sustainably get real wages growing, we need to consistently get productivity improvements,’ he said.

Meanwhile a group has been set up to bring together the agriculture sector, unions and government in a bid to tackle the labour shortage crisis.

Agriculture Minister Murray Watt announced the establishment of the partnership on Friday, which will begin progressing some of the agreements to come out of the jobs and skills summit to ensure the sector gets its ‘fair share’.

Senator Watt said it was important to take the spirit of cooperation from the summit to solve the sector’s challenges.

National Farmers’ Federation (NFF) president Fiona Simson praised the government for the collaborative approach, but said an additional 9,000 regional places included in the lifting of the permanent skilled migration cap wouldn’t meet the needs of the sector.

‘It’s not (enough), but we need to keep focusing on the outcomes,’ she said.

Dr Chalmers ruled out bringing forward the government’s signature childcare policy from mid-2023 to get women into the workforce sooner, after gender equality in the workforce was spotlighted on the first day.

‘We wanted to make sure that one of the big focuses of this job summit was the untapped economic potential of Australian women who would work more and earn more if we made it easier for them to do that,’ he told the Ten’s The Project.

‘We would like to be able to fund some of these ideas earlier than we are but the reality is we can’t afford to… and so instead, it will begin in July as we originally intended.’