Nordegren, 40, welcomed a son in October 2019 with her boyfriend Jordan Cameron, 31, a former NFL tight end for the Cleveland Browns and Miami Dolphins.

In documents, obtained exclusively by The Sun, the couple named their first child Filip Nordegren Cameron.

However, they filed a petition on December 5 with the Florida Supreme Court to change the infant’s name to Arthur Nordegren Cameron. 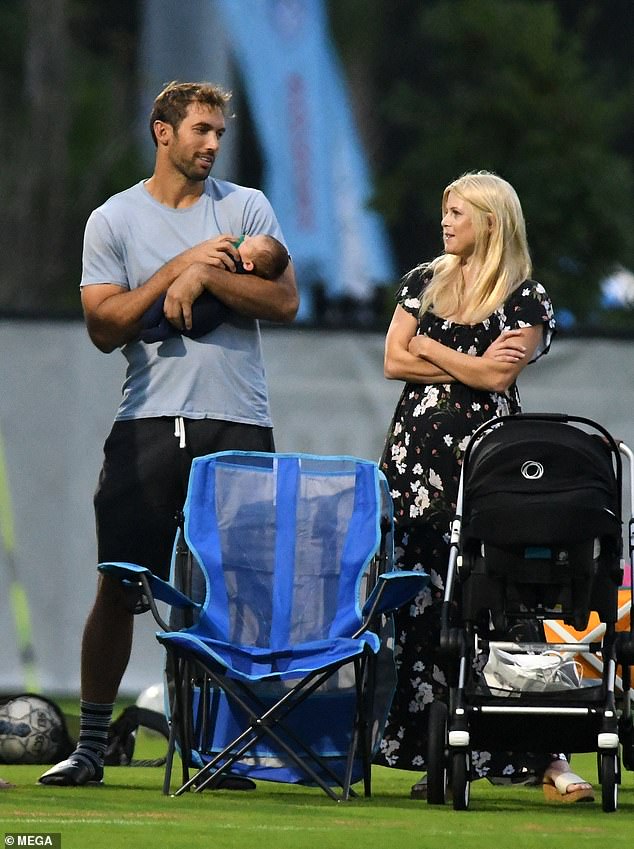 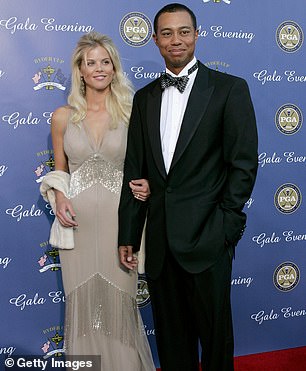 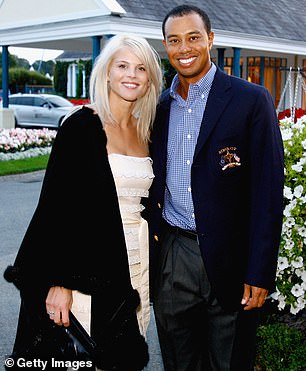 No reason for the petition was given and the couple has a court date scheduled for later this month. Nordegren was married to professional golfer Tiger Woods from 2004 until 2010  in the wake of his cheating scandal. Pictured: Nordegren and Woods in Detroit, Michigan, September 2004, left; and in Kildare, Ireland, September 2006, right

According to The Sun, the couple did not explain why they wanted to change the name in court papers.

The couple has a court hearing on the matter scheduled for later this month.

News of Nordegren’s pregnancy emerged in June when photos captured her with a baby bump as she attended her son’s flag football game.

The pair were spotted out with the newborn baby – whose sex at the time wasn’t revealed – at her son Charlie’s soccer game in late October 2019.

Cameron – who already has a 10-year-old son named Tristan from a previous relationship – was seen smiling as he cradled the newborn and mingled with other families attending the game.

The second-time dad looked like a pro as he soothed the little one with a green pacifier, handing the item off to Nordegren once he managed to get the baby to sleep.

Nordegren was seen beaming proudly as one woman ducked her head into the pushchair to take a closer look at the baby whose name has not yet been revealed.

The blonde beauty met Tiger Woods during the 2001 Open Championship when they were introduced by Swedish golfer Jesper Parnevik.

The couple got engaged in November 2003 and married in October 2004 at the Sandy Lane golf resort in Barbados.

They have two children together, daughter Sam Alexis born in 2007 and son Charlie Axel born in 2009. 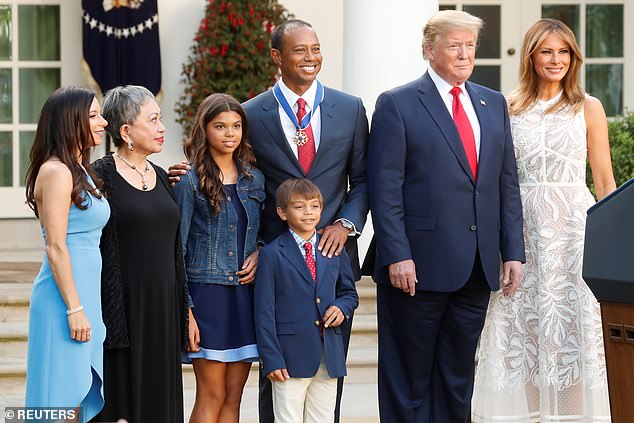 Woods and Nordegren have two children together, daughter Sam Alexis and son Charlie Axel. Pictured, left to right: Woods’ girlfriend Erica Herman, his mother Kultida Woods, daughter Sam, son Charlie, and Woods posed with President Donald Trump and first lady Melanie Trump after being presented with the Presidential Medal of Freedom on May 6 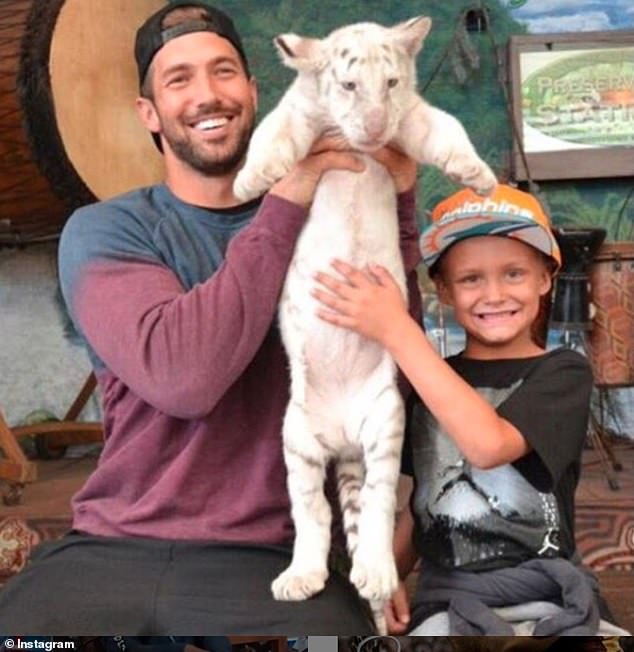 Cameron has a 10-year-old son named Tristan from a previous relationship. Pictured: Cameron (left) with his son, Tristan

They eventually divorced in August 2010 in the wake of Woods’ cheating scandal.

Woods told Time magazine in December 2015 that he and his ex-wife have worked hard to co-parent their children peacefully.

‘Having the relationship that I have now with her is fantastic,’ Woods said.

‘She’s one of my best friends. We’re able to pick up the phone, and we talk to each other all the time. We both know that the most important things in our lives are our kids. I wish I would have known that back then.’

After splitting from Woods, Nordegren dated billionaire mining entrepreneur Chris Cline on and off until 2016 but he died the day before his 61st birthday in July in a helicopter crash.

The accident occurred off the coast of the Bahamas and six others died, including his 22-year-old daughter.