A bride has savagely uninvited her mother from her wedding after the pair had a falling out over FaceTime and exchanged harsh words.

Felicity Rae, who lives in Nova Scotia, Canada, was so shocked by being called a ‘f***ing snob’ by her mother that she immediately blocked her on social media and told her she wasn’t allowed to come to the festivities.

‘This happened after months of planning. I just felt not appreciated, not supported, and I felt this heavy anxiety and overwhelming feeling that she was just going to make my life and day a living hell on the most special day of my life thus far,’ Ms Rae said on TikTok. 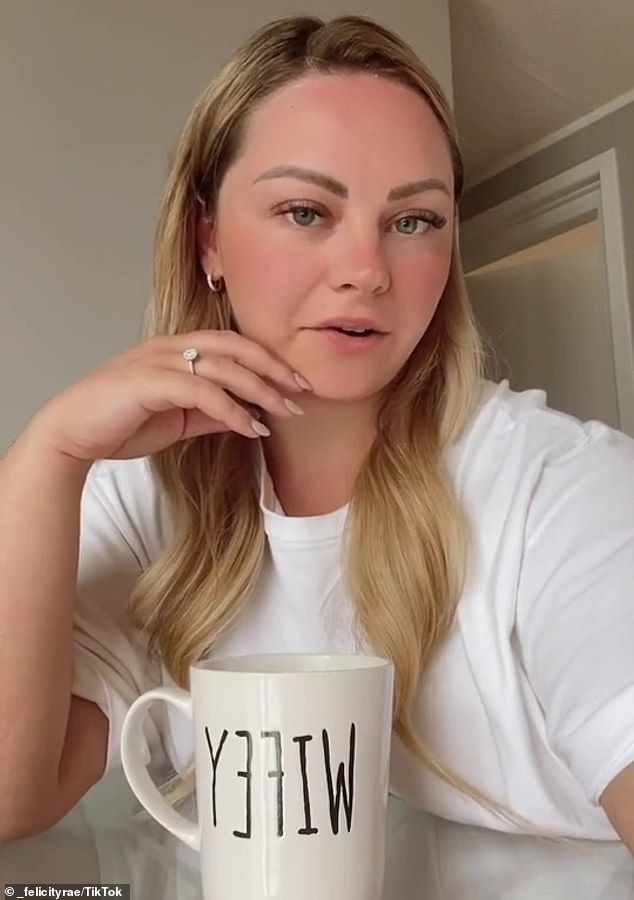 ‘I feel like as I’m getting older I’m starting to realise a lot of things… like you shouldn’t treat your kids this way. Just the things that are said… I won’t go into detail and I’ll save it for therapy.’

She explained that the particularly harsh phone call had only been two minutes long, but had caught her completely off guard as she balanced the stress and pressure of a big wedding.

‘She knew I was stressed out and that I was feeling overwhelmed and under pressure,’ Ms Rae said.

‘At one point, she even said that this isn’t normal and that I should get help instead of being like, “How can I help?” During the call, she said, “You know what? You’ve turned quite the f–king snob lately” – those exact words.

‘Immediately, I said, “You’re uninvited to the wedding” and she said, “That’s fine” – and then I blocked her just on social media. She can still text or call me if she wants.’

But no contact at all has eventuated, with Ms Rae claiming her mother has tried to ‘turn her bridesmaid against her’ and get into her sister and father’s ‘ears’.

‘She’s probably said awful things about me to other people because she’s probably embarrassed that she’s been uninvited to her own daughter’s wedding,’ Ms Rae said. 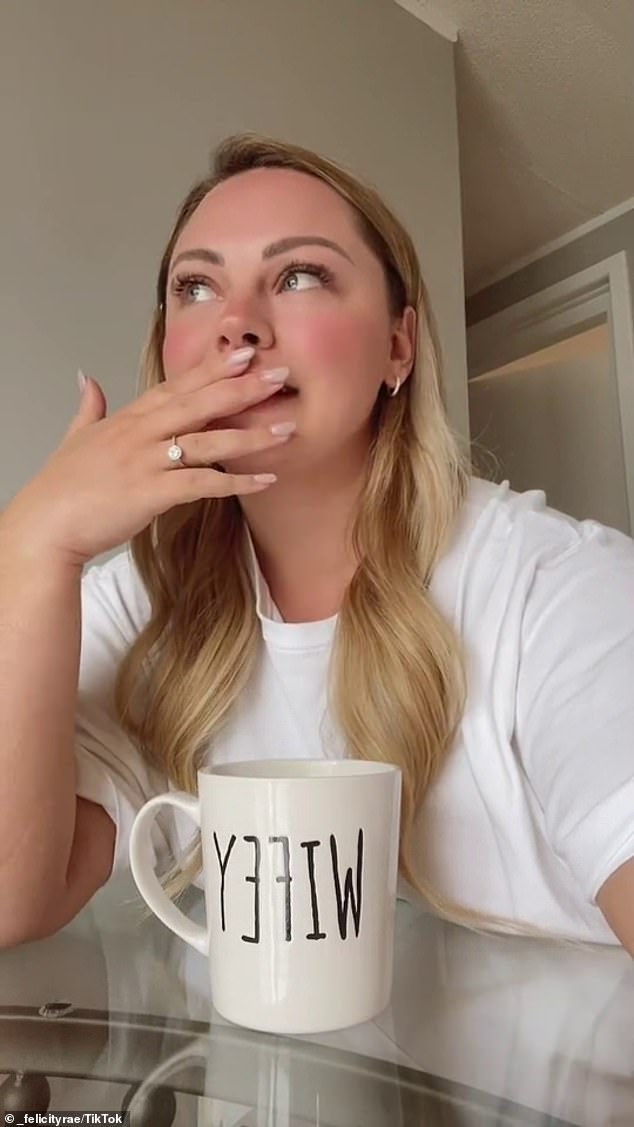 But no contact at all has eventuated, with Ms Rae claiming her mother has tried to ‘turn her bridesmaid against her’ and get into her sister and father’s ‘ears’

‘I just don’t want to sacrifice my mental health and be in a bad mood and project that onto my husband on our wedding day.

‘Her behaviour is very unpredictable and I don’t know what she’s going to do next.’

Many of Ms Rae’s followers sympathised with the bride’s decision, saying that they had to cut their own relatives off.

‘Um hi is there a term for soul sisters based off of going through identical situations? If so… insert term here because SAME but my dad… I’m so sorry,’ said one follower.

‘You get to a point in life when you realize that you get to choose who you have around… even if it might be your parents,’ said another.

A third added: ‘You did the right thing to protect yourself and your energy. Sometimes our own family can be the most hurtful. I’m proud of you for setting boundaries’.