Phoebe Dynevor has landed her first major film role since starring in Netflix’s Bridgerton, in Sky Original film The Colour Room, it was announced on Wednesday.

The actress, 25, is set to star opposite Matthew Goode in the drama, which tells the true story of Clarice Cliff, a pioneering ceramic artist who became a rising star in the pottery industry in Stoke-On-Trent in the 1920s.

Gushing about the production, Phoebe said: ‘I am so excited to be joining the cast of The Colour Room, especially in the role as one of the nations most celebrated artists, Clarice Cliff. It’s truly such an honour to take on such a remarkable character. 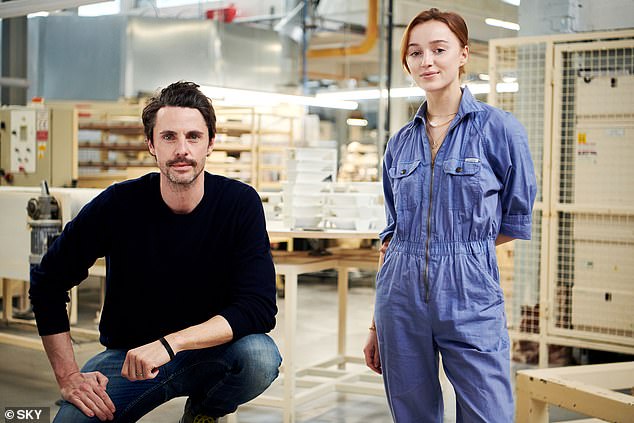 Exciting: Bridgerton’s Phoebe Dynevor has landed her first major film role since the Netflix hit and will star opposite Matthew Goode in The Colour Room, it was announced on Wednesday

‘The script is a beautifully written contemporary take on the 20th century, and I feel proud to be working with such a strong female team, both in front and behind the camera.’

Phoebe, who was catapulted to stardom after playing Daphne Bridgerton in the Netflix hit, added: ‘I look forward to telling Clarice’s story and of course working with Matthew too.’

Matthew will take on the role of Colley Shorter, the factory owner who became impressed by Clarice’s work and helped stoke her talent. 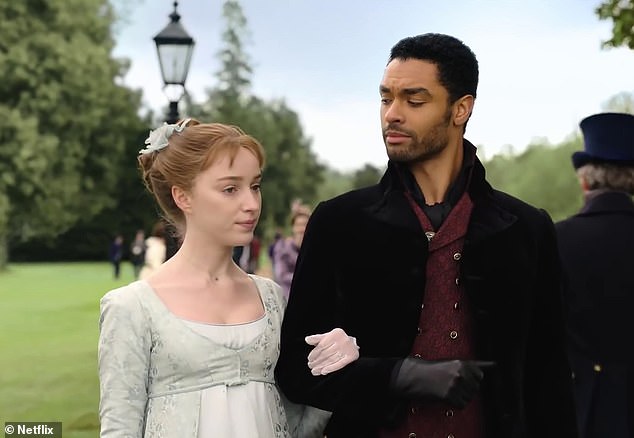 The actress, who played Daphne Bridgerton in the Netflix show (pictured) will play Clarice Cliff, a pioneering ceramic artist who became a rising star in the pottery industry in the 1920s

In real life, Clarice broke the glass ceiling to revolutionise the workplace during the 20th Century, and the film will see her take ‘more and more dangerous risks’ to bring her creations to life.

The artist went on to create the Art Deco ‘Bizarre’ range while apprenticing for renowned Art Designer Fred Ridgeway, played by David Morrissey.

Other actors set to join Phoebe, Matthew and David include Darci Shaw, Kerry Fox and Luke Norris, and production is set to begin in Birmingham and Stoke-On-Trent later this month.

Alongside the announcement, Phoebe and Matthew posed at Wedgewood Pottery Works to promote the film. 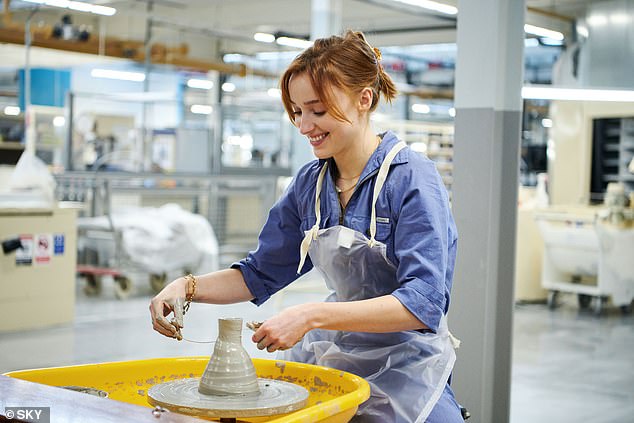 Delighted: Gushing about the production, Phoebe said: ‘It’s truly such an honour to take on such a remarkable character… and I feel proud to be working with such a strong female team’

Claire McCarthy is set to direct the film, which is based on the BAFTA Rocliffe-winning script by Claire Peate and is produced by Caspian Films, Sky, and Creative England.

Discussing the film, Peate said: ‘The story was inspired by a single image; a young factory worker leaving her grim, industrial reality behind her and stepping into the rainbow of the Colour Room – a world of joy and possibility.

‘It was thanks to the script winning at BAFTA Rocliffe and being performed on stage that it was picked up, and I’m thrilled to now be working with Phoebe and Matthew in bringing The Colour Room to life.’

The first season of Bridgerton follows the story of Daphne and Simon Bassett, the Duke of Hastings (Regé-Jean Page), who embark on a fake relationship to help each other out in Regency London before inadvertently falling in love with each other.

Season two is based on Julia Quinn’s second Bridgerton novel The Viscount Who Loved Me, and stars Simone Ashley as Kate Sharma.

The book sees Daphne’s brother Anthony (Jonathan Bailey) go on the hunt for a suitable bride, and while he tries to pursue Kate’s sister Edwina he finds himself becoming attracted to her instead, despite often being at odds with each other. 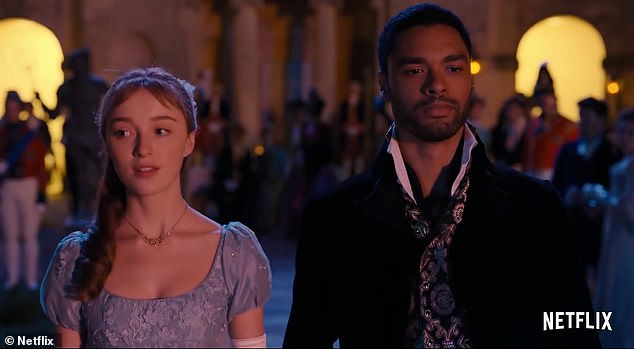 Huge hit: The first season of Bridgerton follows the romance between Daphne and Simon Bassett, the Duke of Hastings (Regé-Jean Page, right)