Brittney Fyfe was enjoying her first dinner out since suffering a concussion from a jujutsu class when she was suddenly struck in the back of the head by a stranger.

The 20-year-old from Hastings in New Zealand received the first severe head knock back in August, which left her unable to work in her job as a hospital laboratory technician.

Then in early December, after enduring months of terrible pain and trying to recover at home, she was encouraged by doctors to see if she could handle a dinner out with her boyfriend and his family.

But on her first public outing since her injury, the last thing she expected was to suffer a second blow to the head – one that left her knocked out cold.

‘I felt this massive strike on the back of my head which pushed me about a metre forward,’ Ms Fyfe told Daily Mail Australia. 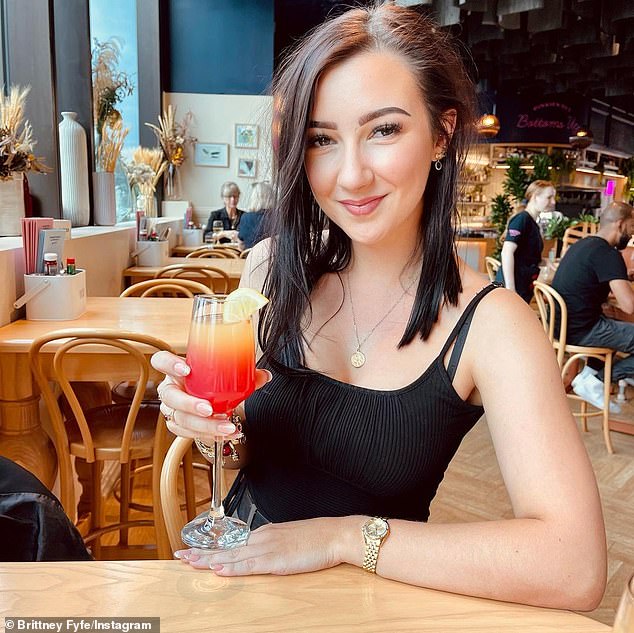 ‘My partner caught me and I lost consciousness for a couple of seconds and then I span around to look at her and she was just standing there waiting to look me in the eyes.’

The woman who hit her was with a friend at the time and the pair both fled the area.

The woman involved cannot be identified and pleaded guilty to common assault. She is due to appear in court again for sentencing in June.

For Ms Fyfe, who was also volunteering for St John’s Ambulance and was nearly a qualified first responder, the effects of suffering two concussions in six months was devastating.

‘All I’ve ever done my whole life is look after other people and this is what I’ve ended up with,’ she said.

She said because she is unable to work or study is in a state of ‘limbo’ while still dealing with the trauma from her attacks. 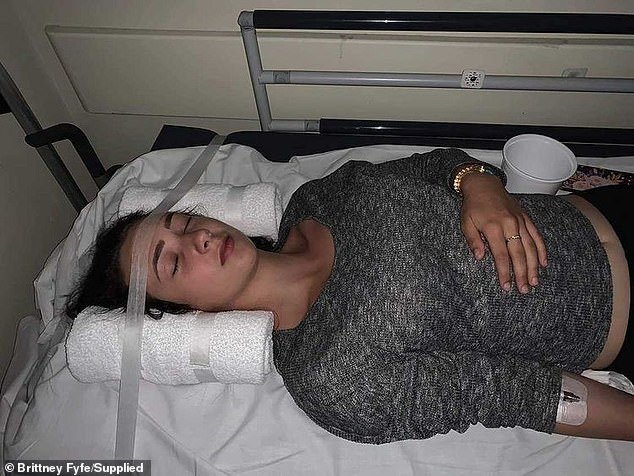 Pictured is the 20-year-old after she was attacked in December last year. She is still unable to work from the extent of her injuries

‘I never know what tomorrow’s going to be like for me,’ the 20-year-old said. ‘I have really bad days where I can’t even get out of bed.’

The 20-year-old said she suffered a migraine for nine weeks after her first injury in August, and due to the trauma and memory loss from her head knock she was unable to realise the pain was related to the jujitsu incident.

She said it wasn’t until about a month later after seeing a chiropractor that she was able to piece it together.

On the day of her assault, the 20-year-old said she’d been excited to be out for the first time in months.

‘I was having a good day for the first time in a long time. I obviously wasn’t drinking alcohol and had to take myself out to the car a few times to give myself a break,’ she said. 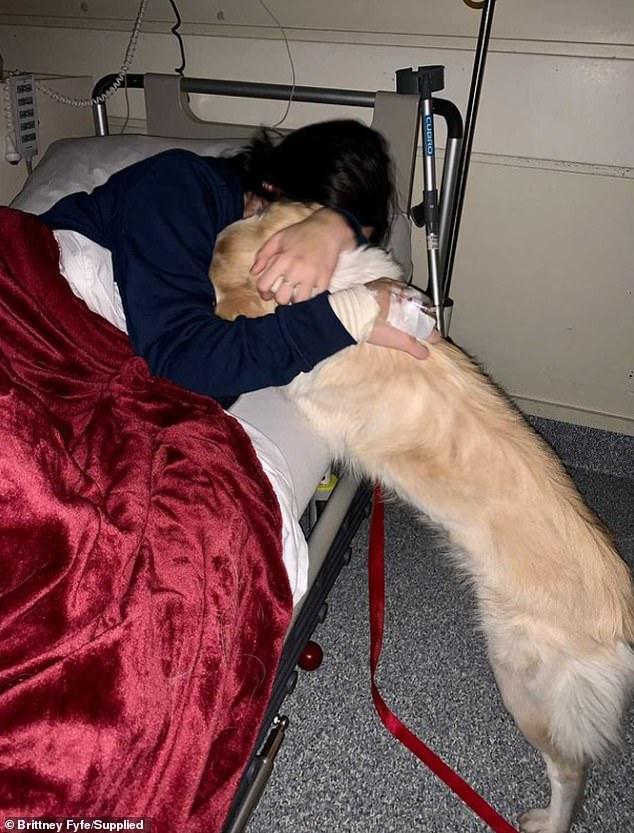 While in hospital, Ms Fyfe’s partner brought along one of their pet dogs to visit the 20-year-old

She and her partner had been paying for their food when she was suddenly struck.

She has only recently been able to start driving and even then she can only manage for short periods of time.

‘The first couple of weeks after [the attack] I found it really hard to say family members’ names,’ she said.

‘Because this was basically a compilation of concussions, the effects were really bad. The second one was really scary, I even found it hard to string sentences together.

‘I lost my balance terribly and was in bed for weeks. I felt like my whole life had been tipped upside down.’

While she still has a long road of recovery ahead of her, Ms Fyfe is focusing on the little things she’s slowly been able to do again.

Recently she was able to fundraise for St John’s Ambulance – a cause dear to her heart – for a few hours at her local supermarket.

‘I’m just trying to focus on things that keep me happy for me in the meantime,’ she said.

The lawyer representing the woman who assaulted Ms Fyfe applied for a discharge without conviction ahead of her next court appearance.

This could mean she may not receive a criminal record if it’s granted.

The court is yet to hear Ms Fyfe’s victim impact statement.