Now, some six weeks after their divorce was finalized, Gillies is giving his 3.8 million Instagram fans and followers a glimpse into a day in the life of the new couple frolicking on the beach.

Misaki also couldn’t resist sharing some images of their relaxing afternoon together on Instagram, which included a short video of her planting a kiss on her new man’s cheek. 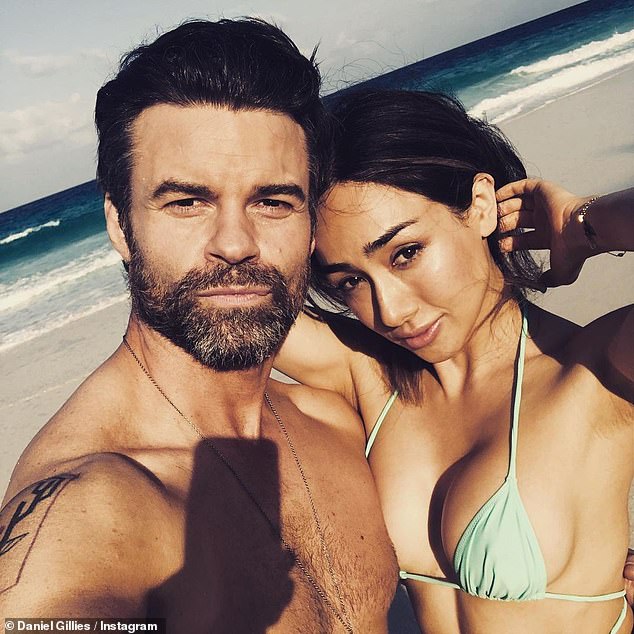 Fun in the sun: Virgin River star Daniel Gillies and new lady Julia Misaki gave their Instagram fans and followers a glimpse at their day on the beach on Friday

In all, Gillies, 45, posted five photos of the pair showing off their toned bodies by striking a number of poses on the beach as the waves came crashing into the shore.

It turns out they color coordinated in the fashion department, with Gillies wearing turquoise swim trunks and his ladylove in a matching turquoise bikini.

‘ok, but here’s the difference: we *know* we’re being a**holes,’ the actor joked in the caption. 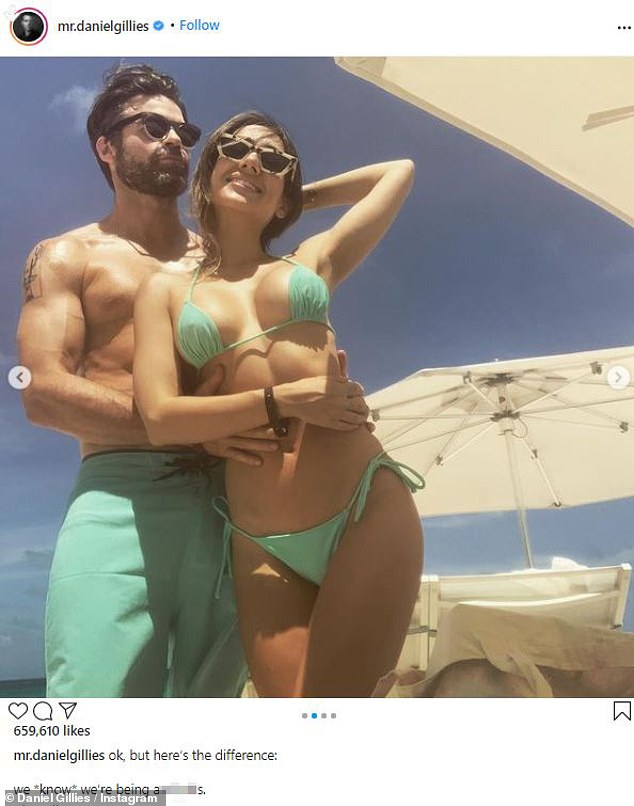 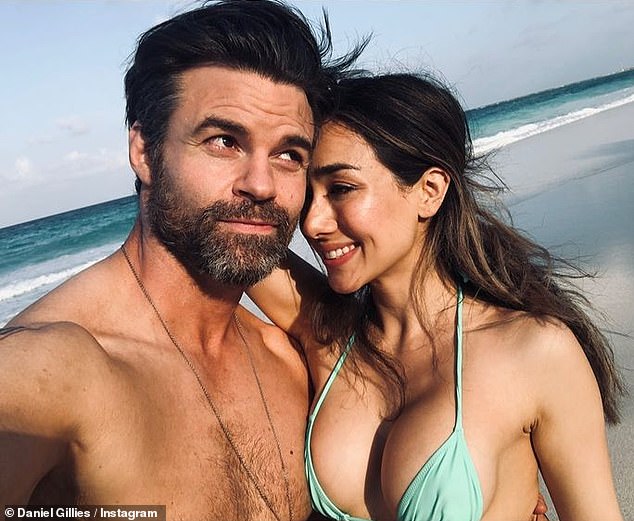 Cozy: Misaki, a professional cellist and model, rested her head on her man in another photo 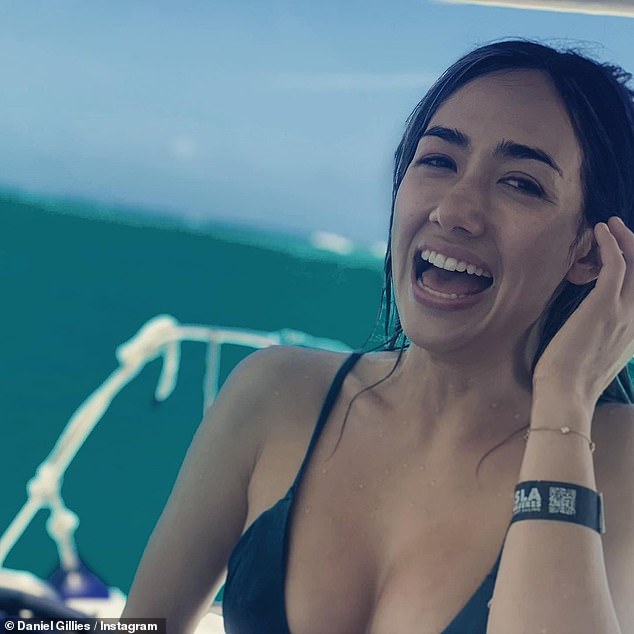 Beaming: When Misaki wasn’t smiling during their beach time, she was laughing 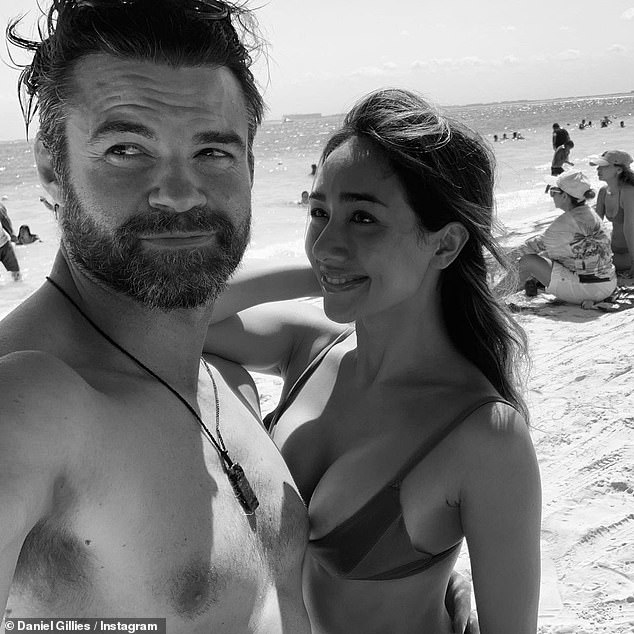 The couple are wearing sunglasses while looking off into the distance in one photo.

There’s another where Misaki rests her forehead on Gillies and a solo shot of her bursting out in laughter, all while giving a hint of her cleavage in her skimpy two-piece.

Misaki, a professional cellist and model, had the look of love in a black-and-white selfie snap showing swimmers in the background enjoying the ocean water on a lovely Friday afternoon. 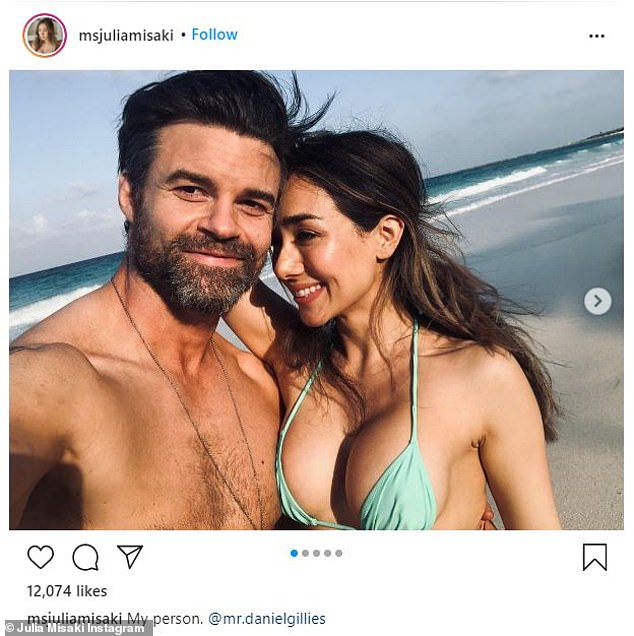 The look of love: Misaki called her new beau, ‘My person,’ when she shared images from their beach day on Instagram 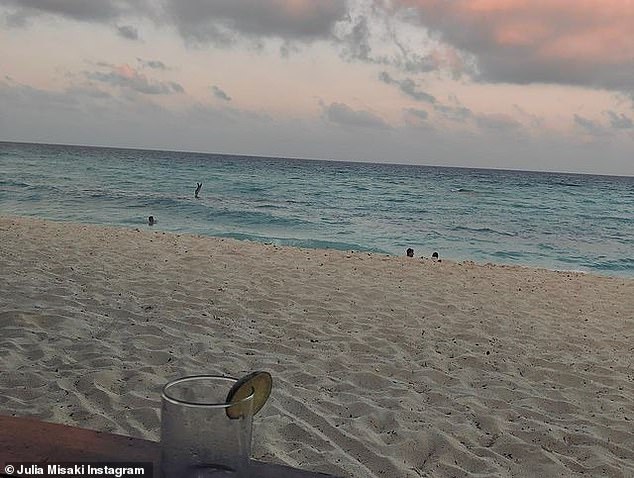 Scenic: The pair relaxed in their lounge chairs, maybe 100-feet from the shoreline 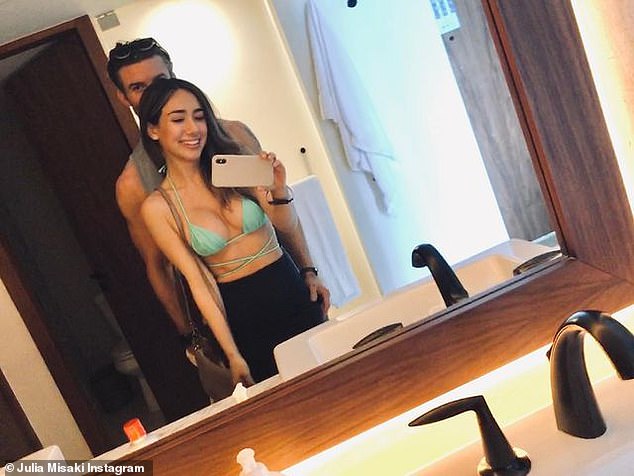 Toned and fit: Misaki showed off her fab figure in her skimpy bikini top 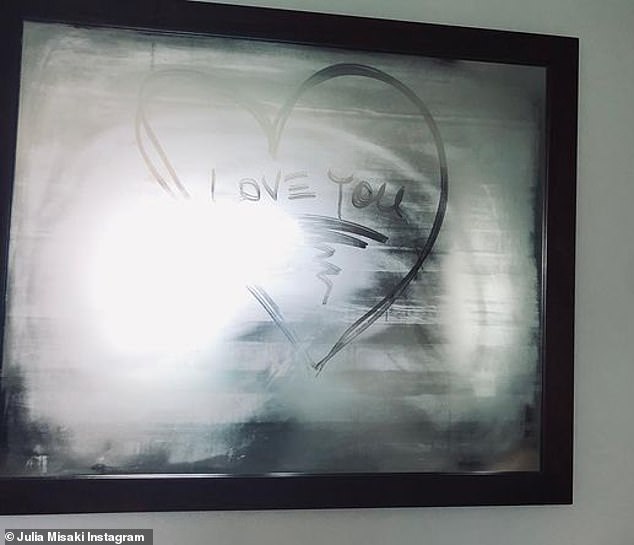 Special touch: She also shared a message left on a steamy mirror

Misaki also shared a series of photos from their time on the beach on Instagram with the simple but sweet caption: ‘My person. @mr.danielgillies.’

In a short video, the pair could be seen relaxing on lounge chairs on the sand with the sound of gusty winds in the background.

Once Gillies realized his lady was filming a selfie, she turned to her right and gave him a cute kiss on his cheek.

Gillies and Misaki went Instagram official with the relationship this past February when he posted a selfie of them together. 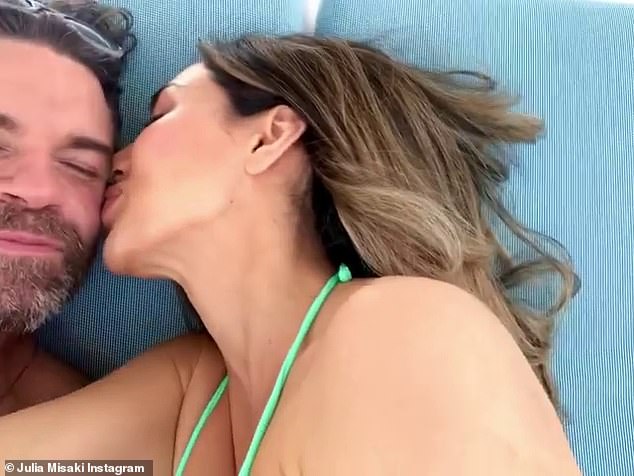 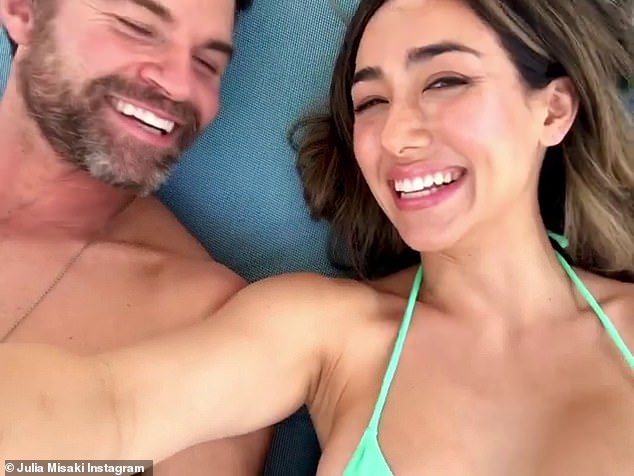 New love: The couple went Instagram official with their relationship in February

Leigh Cook, 41, has also moved on in the romance department since the former couple announced their separation in June 2019.

Last August, the She’s All That actress opened up about the new man in her life, 14 months after going public with her split from Gillies.

‘He’s really great. I did good, if I do say so. Definitely hitting out of my league there,’ the Minnesota native told Us Weekly of her new beau Kevin at the time.

‘I met someone really nice, and I adore him. He’s fantastic.’ 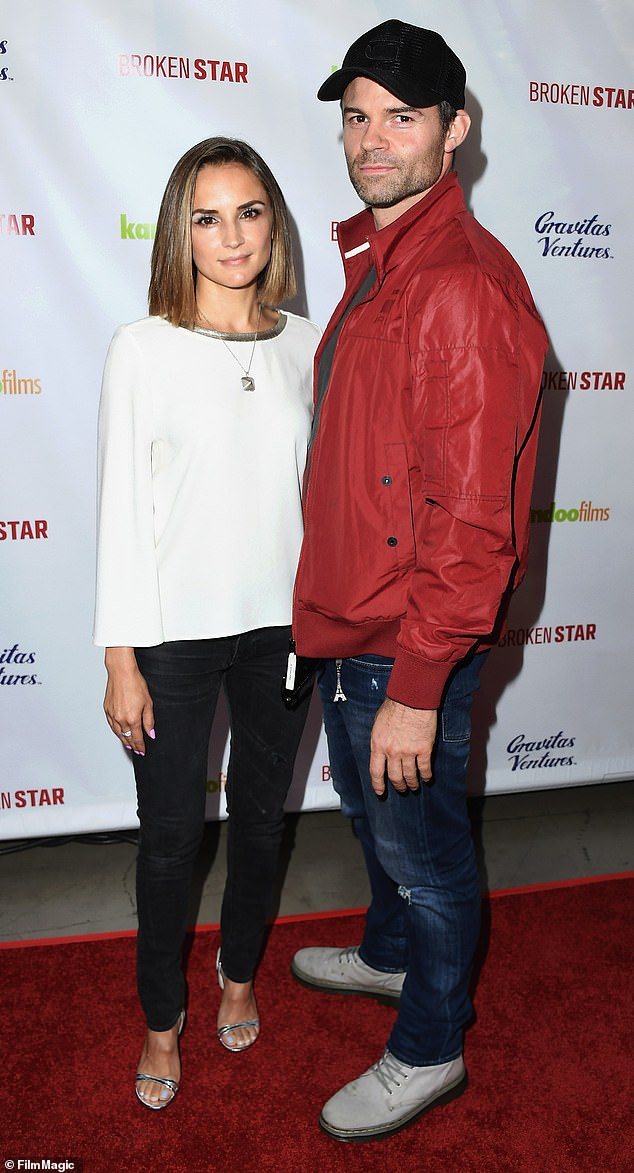 Moved on! Gillies and Leigh Cook announced their separation in June 2019 and finalized their divorce in March 2021; they are pictured in Hollywood in July 2018