Dominic Cummings opens his statement with a flat denial of No 10’s claim that he leaked text messages from Boris Johnson to Sir James Dyson, in which the PM promised to ‘fix’ a tax problem amid the race to develop ventilators for Covid patients.

Mr Cummings says he does not have copies of the relevant exchanges on his phone and is happy to co-operate with a leak inquiry.

He points the finger at the Treasury, saying officials have told him Rishi Sunak’s department was sent screenshots of the PM’s texts to Sir James.

Mr Cummings claims the PM discussed halting the hunt for the so-called ‘chatty rat’ – who leaked news of a second lockdown – after evidence pointed to a friend of his fiancee.

Mr Cummings stresses that he was cleared of any involvement in the leak by the Cabinet Secretary, Simon Case. ‘All the evidence’, he says, led to another No 10 aide: Henry Newman, a close friend of Miss Symonds and Michael Gove. However, Mr Cummings claims the PM warned that sacking Mr Newman would ’cause me very serious problems with Carrie’, and even considered halting the inquiry. The claim was denied last night by No 10. 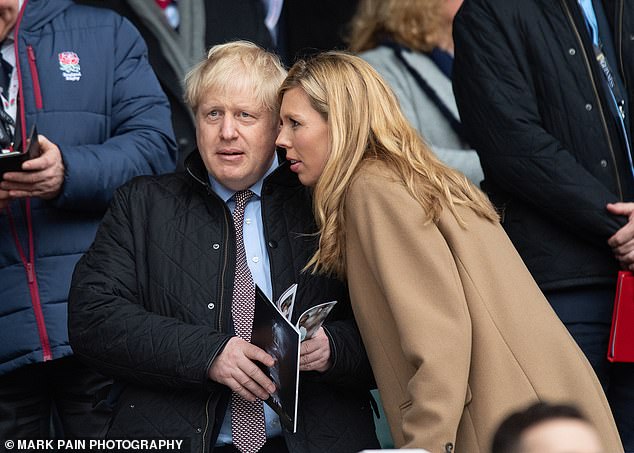 Washing his hands of any involvement with lavish renovations in Downing Street, Mr Cummings again pleads not guilty to leaking.

Playing down suggestions he was the source of damaging stories about the flat’s decor, he says the PM had ‘stopped speaking to me about this matter’ last year because of his opposition to getting donors to pay for it.

His offer to assist with a possible Electoral Commission inquiry into the affair will set alarm bells ringing for No 10, which has made frantic efforts to play down the issue for weeks.

Here, Mr Cummings says he will co-operate with efforts to get to the bottom of some – but not necessarily all – leaks.

While his statement is shot through with a sense of wounded innocence, his refusal to answer ‘every allegation’ is likely to be seized upon by critics as an admission of some level of wrongdoing. 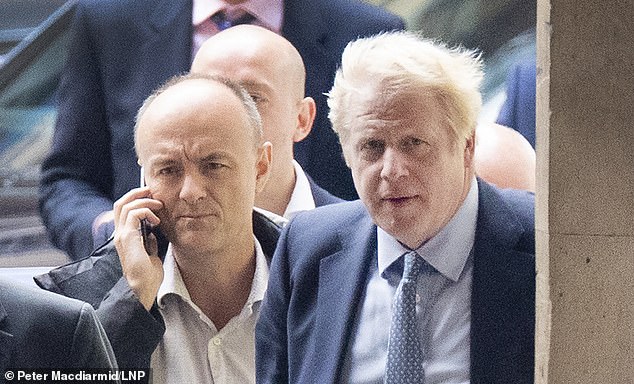 Having masterminded the 2016 campaign to lead Britain out of the EU, they then delivered the biggest Tory majority since the days of Margaret Thatcher in 2019’s general election

This devastating personal attack on the PM demonstrates just how far relations have deteriorated between the two men.

Having masterminded the 2016 campaign to lead Britain out of the EU, they then delivered the biggest Tory majority since the days of Margaret Thatcher in 2019’s general election.

Many are likely to wonder whether Mr Cummings is in any position to act as an arbiter of integrity following his infamous trip to Durham during last year’s lockdown.

6: This is just the start

Mr Cummings calls for an ‘urgent Parliamentary inquiry’ into the conduct of the Government during the pandemic – including the accusations levelled at him this week.

In an ominous development for the PM, he threatens to set the ball rolling when he appears before MPs next month to discuss the handling of the Covid crisis, which he has previously said went ‘catastrophically wrong’.

The Prime Minister’s new Director of Communications Jack Doyle, at the PM’s request, has made a number of false accusations to the media.

Re Dyson. I do have some WhatsApp messages between the PM/Dyson forwarded to me by the PM. I have not found the ones that were leaked to Laura Kuenssberg. I was not directly or indirectly a/the source for the BBC/Kuenssberg story on the PM/Dyson texts. Yesterday some No 10 officials told me that No 10 would make this accusation and told me what they believe actually happened — that Dyson’s office emailed a number of officials, including HMT officials, and included screenshots of the PM/Dyson texts, and that this correspondence was passed to the BBC.

Re lockdown. Last year there was a meeting between the PM, Cabinet Secretary, the Director of Communications and me regarding the leak of the decision for a further lockdown immediately after the meeting that made the decision (‘the chatty rat story’). The Cabinet Secretary told the PM the leak was neither me nor the then Director of Communications and that ‘all the evidence definitely leads to Henry Newman and others in that office, I’m just trying to get the communications data to prove it’. The PM was very upset about this. He said to me, ‘if Newman is confirmed as the leaker then I will have to fire him, and this will cause me very serious problems with Carrie as they’re best friends… [pause] perhaps we could get the Cabinet Secretary to stop the leak inquiry?’

The PM therefore knows that I was not the source of the leak yet he has now authorised his DOC to make this accusation.

The Cabinet Secretary knows the above is true. He behaved with complete integrity.

Re the flat. The Prime Minister’s DOC has also made accusations regarding me and leaks concerning the PM’s renovation of his flat. The PM stopped speaking to me about this matter in 2020 as I told him I thought his plans to have donors secretly pay for the renovation were unethical, foolish, possibly illegal and almost certainly broke the rules on proper disclosure of political donations if conducted in the way he intended (3). I refused to help him organise these payments.

I have made the offer to hand over some private text messages even though I am under no legal obligation to do so, because of the seriousness of the claims being made officially by No 10 today, particularly the Covid leak that caused harms to millions. This does not mean that I will answer every allegation made by No 10 (4).

The proper way for such issues to be handled is via an urgent Parliamentary inquiry into the Government’s conduct over the Covid crisis which ought to take evidence from all key players under oath and have access to documents. Issues concerning Covid and/or the PM’s conduct should not be handled as No 10 has handled them over the past 24 hours. I will co-operate fully with any such inquiry and am happy to give evidence under oath.

It is sad to see the PM and his office fall so far below the standards of competence and integrity the country deserves (5).

I will not engage in media briefing regarding these issues but will answer questions about any of these issues to Parliament on 26 May for as long as the MPs want (6).