A Christian podcaster has filmed himself abusing staff at a Sydney café after being asked to wear a mask in a bizarre tirade comparing the health directive to rape.

Dominic Karnaby stormed into Bespoke and Grind, in Marrickville, on Saturday without a face mask, which are mandatory in public indoor settings as the locked-down city battles a Covid outbreak.

A sign by the till requests customers wear masks before entering the coffee shop, which is one of several restrictions cast over businesses by state health authorities to ensure regulations are followed.

But despite the protocol, Karnaby flew into an irrational rage when asked why he was not masked, and launched a blistering attack accusing a waitress of ‘intimidation’ before posting footage of the confrontation on Instagram.

‘Excuse me, do you have a mask on you?’ a waitress asks politely in the clip, before requesting Karnaby step outside.

The religious blogger hectors the hospitality worker, questioning her authority to enforce the rule before claiming he has a medical exemption.

‘I have an exemption! So just know your rights, but also know that I have rights as well. I have asthma, I have a breathing complication so I can’t wear a mask.’

Standing behind the register, the owner tries to calm the hostile patron down, but her repeated efforts to softly interject by uttering ‘excuse me’ are ignored.

‘This should be a safe space for everybody and I am not going to stand for it.

‘Some of these muppets over here might tolerate it, but not me, my friend.’ 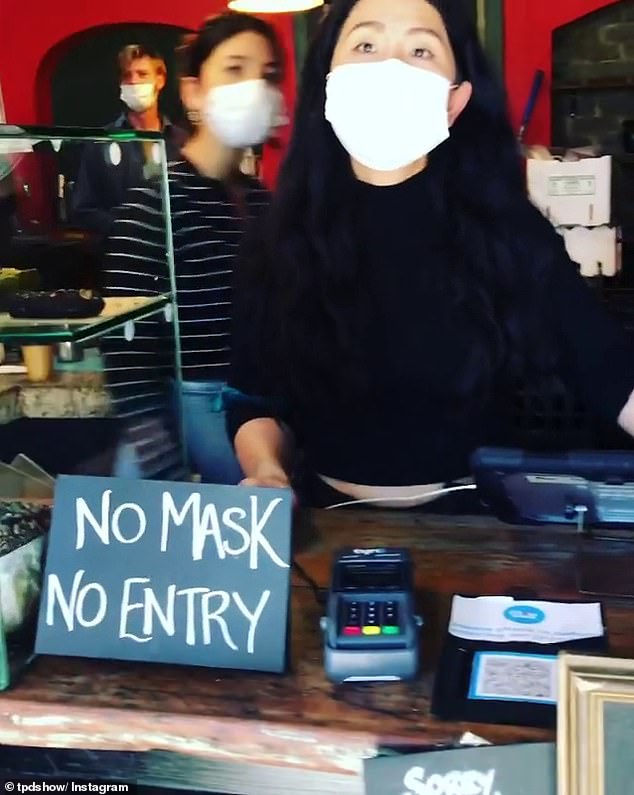 The cafe’s owner calmly tried to de-escalate the situation, but Karnaby continued to rant at workers, accusing them of ‘intimidation’

A second video showed Karnaby continuing to berate the staff, accusing them of ‘intimidation’ and threatening to make them ‘go viral’ after the owner calmly explained his reaction was not warranted.

‘Excuse me, all you needed to say was ”I have an exemption”. That’s all,’ she explains.

Karnaby said:  ‘You need to get that guy into line, it is disgusting how he just treated me.

‘The intimidation needs to stop. Do you want to go viral? You are already going to.’

Karnaby, who appeared to have his phone out ready to film before he was asked by to comply with the mask rule, shared the footage over his social media account later that evening, claiming he was the victim of ‘bullying’.

‘This my friends is the gold class standard of how the free are being treated in a Covid-normal world this has gotta stop!’ he wrote.

‘It’s ok to be exempt it’s ok to know your rights and not be bullied out of a café.’ 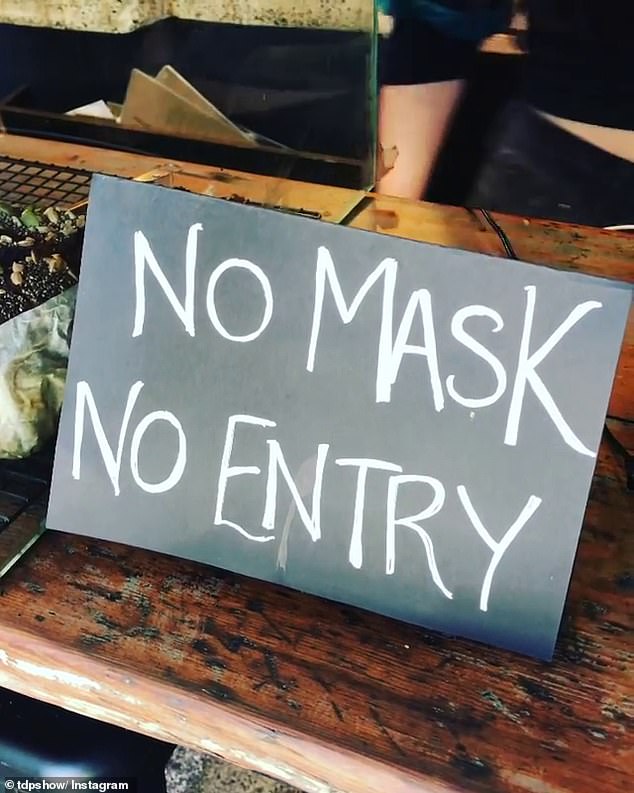 The webseminar host urged his followers to ‘down’ the store’s rating and said he wanted to ‘see them closed for this level of discrimination’.

Under NSW health regulations, residents must wear face masks on public transports and in non-residential indoor settings, with breaches attracting a $200 fine.

The public health order includes exemptions such as having a physical or mental health illness or condition, or disability, that makes wearing a mask unsuitable.

Days before lockdown, workplace advisory Employsure informed businesses they would need to ‘set the standard and ensure all staff, customers, and clients abide by new regulations to protect from the latest Covid cluster’, which now stands at 242. 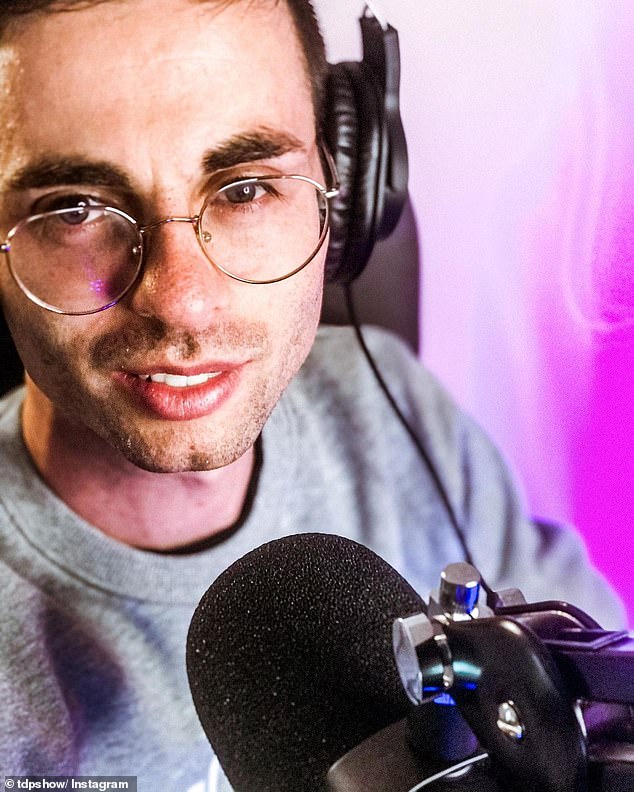 ‘These affected businesses, particularly those in Sydney, cater to hundreds, if not thousands of customers and workers each day,’ Emplosure Health and Safety manager Larry Drewsen said in a statement.

‘Employers must remain vigilant over the next week and realise the responsibility falls directly on them.’

Karnaby runs the Drayk Podcast show, which features him interviewing ‘successful business owners, to pastors and actors about their faith and how it helps them revolutionise around them’, according to the program’s Spotify description.

He also uses his talk show to spruik his ‘anti-lockdown’ sentiment, and frequently shares anti-mask posts with his 2,000 Instagram followers.

Bespoke and Grind declined to comment to Daily Mail Australia about the incident over the weekend and Karnaby is yet to respond.