The devoted wife, who once revealed the secret to a happy marriage was ‘lots of sex’,  lost her comic legend husband aged 73 after spending 46 years together. 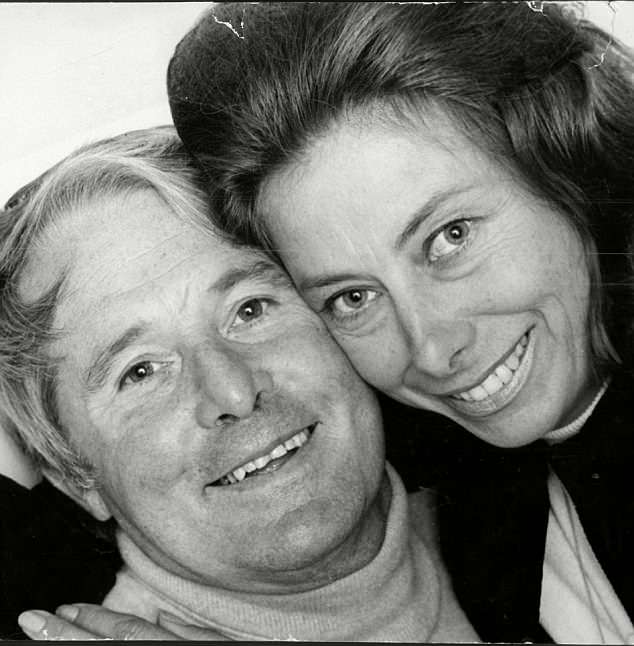 Doreen Wise, widow of Eric (pictured together) has died aged 96

After being widowed she never remarried, despite two proposals,  saying ‘no one else could possibly measure up’.

Doreen is thought to have no living relatives to her multi-million pound estate paid for by Ernie’s earnings as half of iconic comedy duo Morecambe and Wise.

For now the money is locked up with solicitors.

She often spoke of struggling to be the widow of a national treasure.

‘Walking the dog helped. I used to go out to the bottom of the garden and scream’ she said. 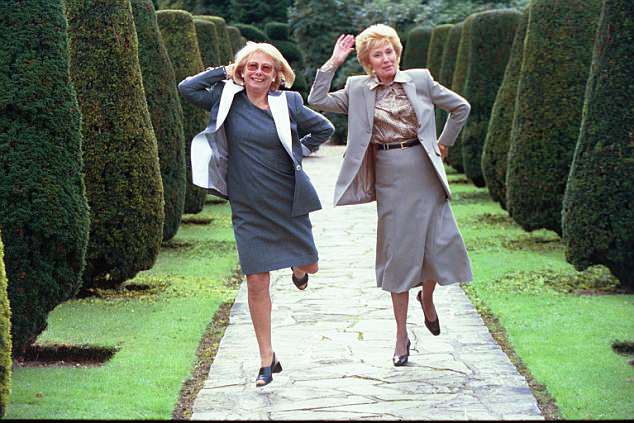 Doreen Wise (left) & Joan Morecambe doing the ‘Bring Me Sunshine Dance’: The widows of Eric & Ernie pictured unveiling a memorial plaque to their late husbands in the hall of fame at Pinewood Studios

‘I stopped going out because I couldn’t bear people coming up and saying, ‘I am so sorry about your husband. He was wonderful’

‘I know they meant well but I couldn’t deal with it’ she added.

In a 2011 interview with the Mail, Doreen revealed she’d sacrificed having children for the sake of Ernie’s career.

And she once revealed the secret of her happy marriage was lots of sex.

‘I never said no and never had a headache,’ she said.

‘We used to have a ‘Sunshine Breakfast’ if it was morning or a ‘Marvellous Matinee’ in the afternoon. Evenings were usually quite quiet as he was always working!’ 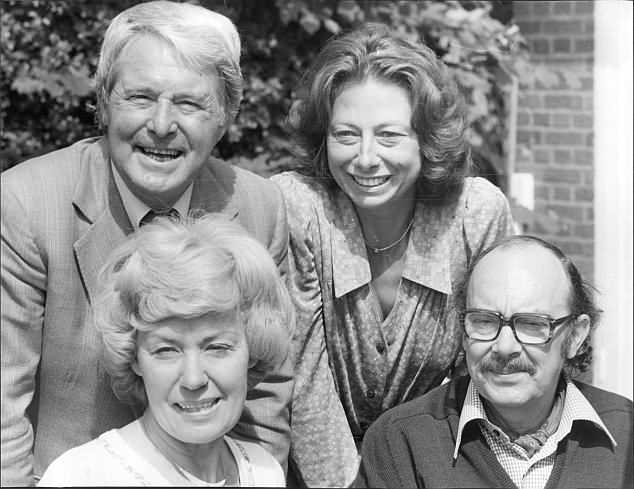 Ernie and Doreen Wise with Eric and Joan Morecambe

Very early on in their relationship, Ernie and Doreen made a conscious decision not to have a family.

‘Ernie always said that as soon as children are involved the wife stays at home, and that’s where trouble lies,’ says Doreen.

‘He knew about the temptations of being on the road, and I knew that I could never have tolerated infidelity.’ 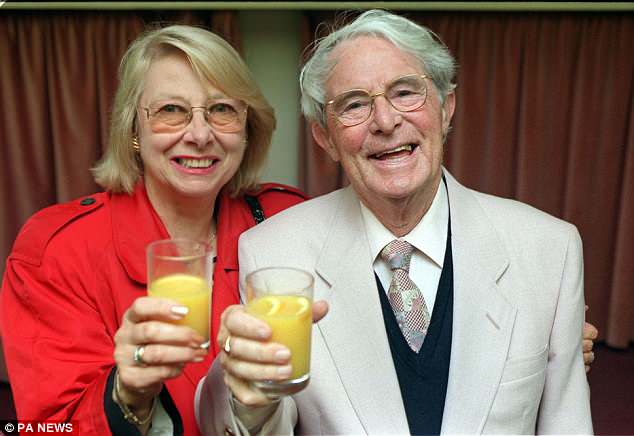 Doreen and Eric pictured in 1998, a year before his death

Born Doreen Blythe, she met Ernie in 1947 when they were starring in the same show.

‘When Ernie and I started dating, we were both in the business – I was a dancer, so always on the road,’ she said in 2009.

‘Often the only time we’d get to see each other was a snatched hour at a railway station, but the trouble was we were never alone.

‘I’d be waiting on a platform and suddenly see Ernie coming, with that big smile. But then, beside him, would be Eric. We could never get rid of him. Later, I used to joke that we’d have to find a girl for Eric because otherwise we’d be lumbered with him for ever.’

As she travelled with the double act, she also got the inside view of their dynamic.

In 2009, she said: ‘If Ernie was here, and you were chatting to me, he’d go and make the tea and be prepared to fade into the background. 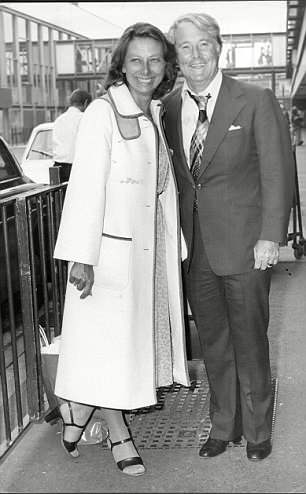 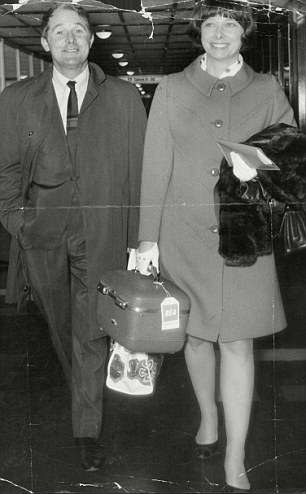 ‘If Eric was here, forget it! He’d be there, centre stage, entertaining you. He had to be centre of attention.

‘Oh, people thought they were homosexuals…but I just found it funny.’

‘I never thought they were too close. My husband wasn’t sleeping with Eric, for starters! And I always knew I was number one.’

Eric married his wife Joan six weeks before Ernie and Doreen did. He died in 1984, aged 58.