Everton manager Frank Lampard insists Chelsea target Anthony Gordon is not for sale, but cannot offer any assurances the player will still be at the club at the end of the transfer window.

The Toffees have rejected two offers, the last £45million, for the 21-year-old academy graduate but that does not appear to have deflected the attentions of the Stamford Bridge club.

However, Lampard rates the player highly and does not want to see him leave. 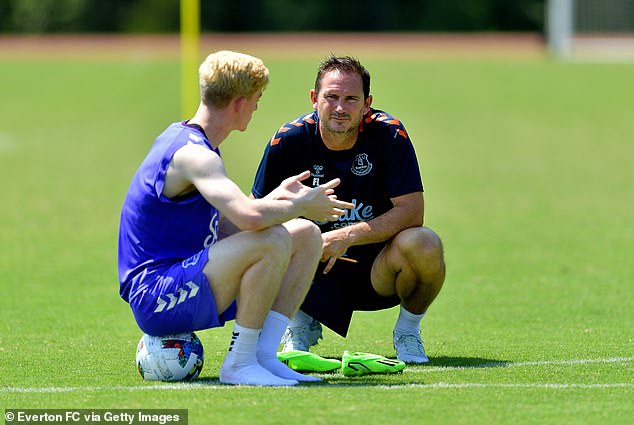 The same cannot be said of Dele Alli, whose frustratingly short spell at the club since signing on deadline day in January appears to be at an end, as Everton have agreed a loan to Besiktas with an option to buy, with the final decision on the move now resting with the player.

On Gordon, Lampard said: ‘He is an Everton player. I don’t want to talk about likely or hypothetical questions.

‘He has a huge value to the team and is a huge valuable asset to the club, one we have developed ourselves and brought through and who has a link to the fans.

‘Anthony is our player and we are not looking in a situation of where can we go in this deal.

‘We know his value because you see values of players moving that haven’t achieved what Anthony has. 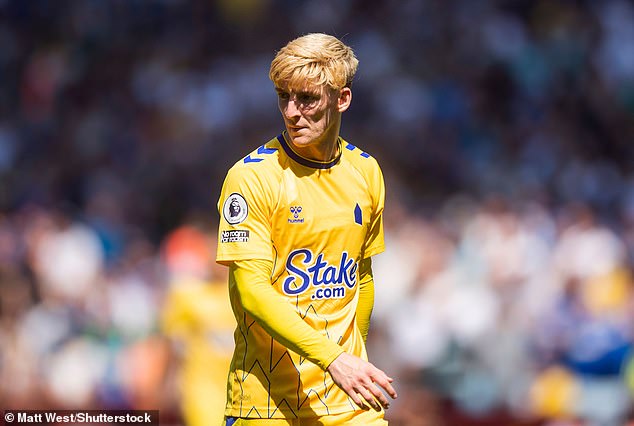 Gordon was a regular starter for Everton last season, playing 35 games in the Premier League

‘I want to think about what Anthony can do to improve the team.

‘He’s in the squad for tomorrow (for the visit of Nottingham Forest). Any chats I have with him are private.’

Lampard has also held talks with Alli but the subject matter is entirely different.

The 26-year-old has started just once in 13 appearances since signing a two-and-a-half-year contract in January.

‘There is interest in Dele, that has come out publicly. That is one for us to consider behind the scenes and for Dele to consider, for him to go would have to be right for everybody,’ said Lampard. 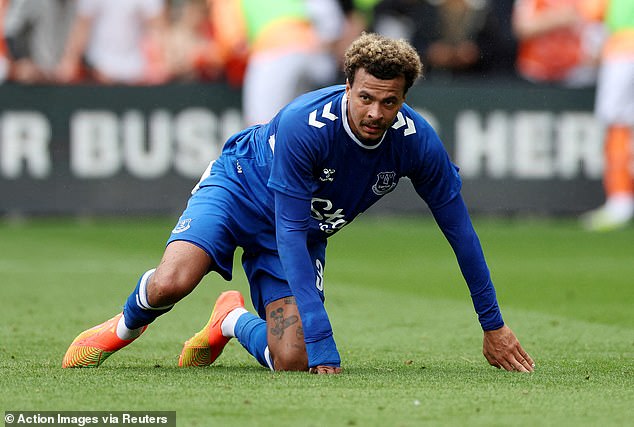 Asked why Alli’s signing had not worked, the Toffees boss added: ‘It is a long conversation.

‘The moment Dele’s name comes up in the media, people queue up to have an opinion and it’s often negative and I don’t think that is fair to a young man whose talent took him on to the world stage at a young age.

‘I think everyone was aware of the curve of his career and that was something you take into account.

‘In my job you have to have the football side and the human side. I like Dele and I want to help him. The main thing I want to do is be a support for the players.

‘The only thing I know for sure is that hard work correlates on the pitch.’