A government ad encouraging workers to get back in the office and use public transport has been criticised for its depressing vibe.

The PT Victoria advertisement shows a masked young transport worker with the simple words ‘let’s go into the office today’.

The poster, located at a Melbourne tram spot, sparked a flurry of comments on Reddit – where users picked apart the ad from the ‘sad’ expression on the worker’s face to its flat message. 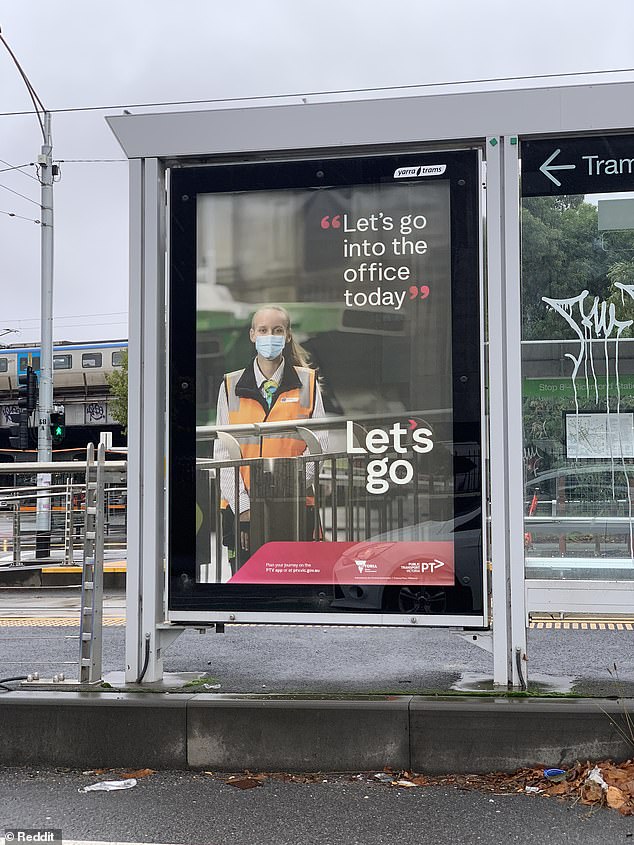 Social media commenters said the woman in the ad looks ‘defeated’ and ‘sad’, comparing the image to an abused worker, as one lampooned it for being ‘Orwellian’

‘It definitely doesn’t come across as a happy-go-lucky, ‘Let’s catch the train to the office today!’ type ad that I think they were going for’, the jokester wrote.

Another critic said the worker looked ‘completely defeated’ while another joked ‘she’s the happiest employee they found’.

A third user described the ad as ‘Orwellian’ – in reference to the likes of the dystopian society portrayed in George Orwell’s 1984.

‘It is an accurate depiction of me on the way into the office instead of working from home’, another retorted about the image.

A frustrated commuter added, ‘that woman is really selling me the dream to pay $4.50 to stand on a crowded tram that’s running early so it trundles into the city at 5kph’.

Another joked: ‘The focus groups liked it a lot better than ‘go into the office today or you’re fired’. 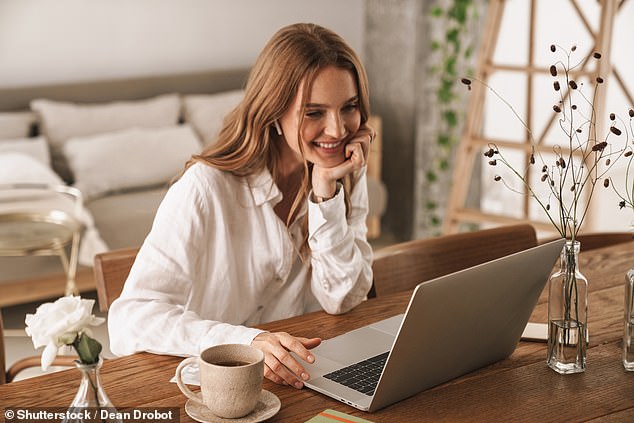 Some Reddit users were keen for commuters to remain at home to work, as it is ‘breezier’ and takes pressure off the roads and public transport

Other users spoke wistfully about working from home earlier in the pandemic.

‘I did love the lack of traffic and passengers on PT during lockdowns. It made travelling breezy,’ one wrote.

Daily Mail Australia has contacted Public Transport Victoria for comment about the criticisms.