A Gold Coast woman has made more than $1million in profit from the sale of her luxury multimillion dollar mansion.

Ms Raso bought the property in August 2020 for $4.6million – resulting in an eyewatering profit of $1million in just 15months. 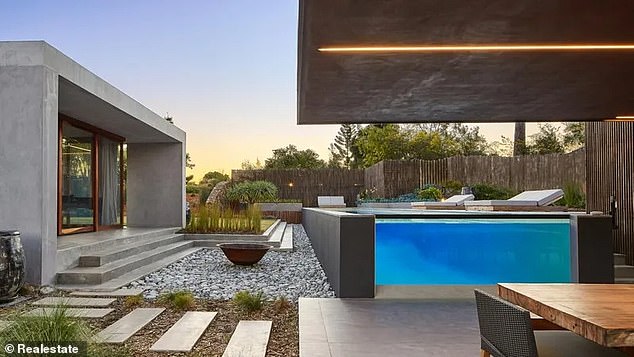 Rosa Raso, the wife of Austworld plumbing group head Sam Raso, has made $1million in profit after the sale of a mega mansion in Mudgeeraba’s Jabiru Estate (pictured)

It is reportedly the highest price paid for a property in the suburb, according to Realestate.com.au.

Based on Brazilian architecture, ‘Jabiru House’ was built by Melanie Singsam and Robert Semaan on a 4,611 square metre plot of land bought for $855,000 in 2017.

Manicured grounds surround the mega-mansion with a horse paddock reshaped to accommodate its unique structure. 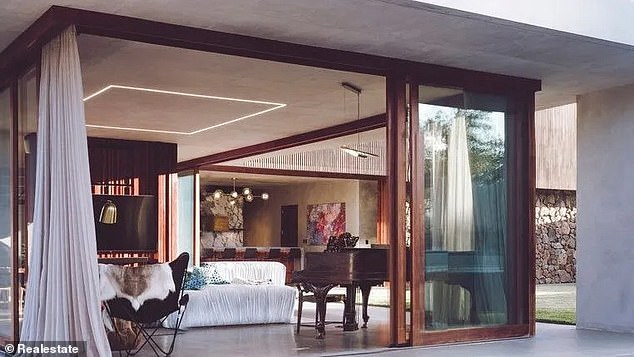 The seven-bedroom luxury property sits on on a 4,611s qm, originally bought by Ms Rosa a year earlier for $4.6million 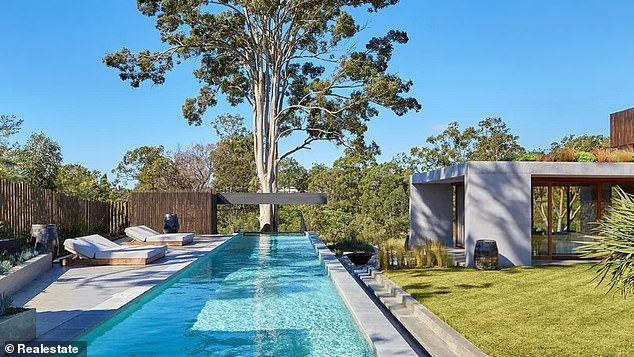 The multi-level property boasts seven bedrooms, five and a half bathrooms, four kitchens and a 25m long mineral pool.

Other features include a half-size multi-court with stadium seating, and a detached leisure and wellness retreat.

‘The owners were only selling because their business has taken them overseas for a period of time,’ Ms Walsh said.

This is not the first time Ms Raso has seen an easy profit from Gold Coast real estate. 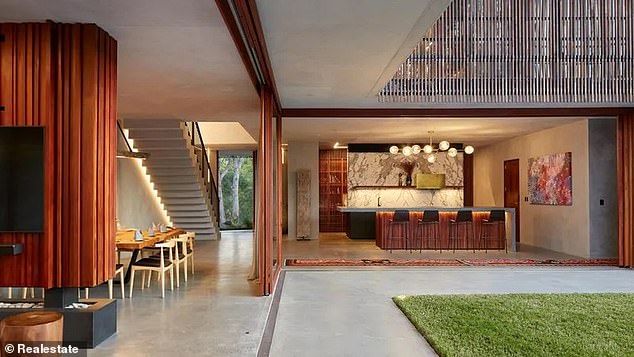