An Australian restaurant has combined hamburgers and pizza to create an enormous one kilo pizza burger.

The burger is served with a side of fries and onion rings and costs $50. 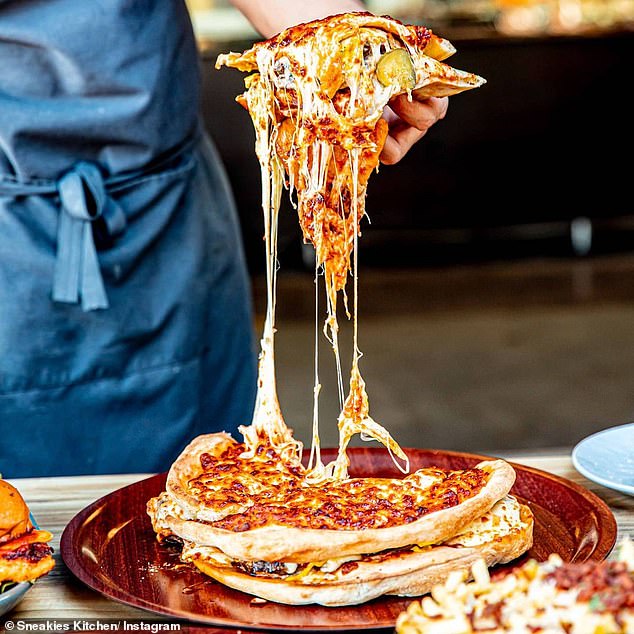 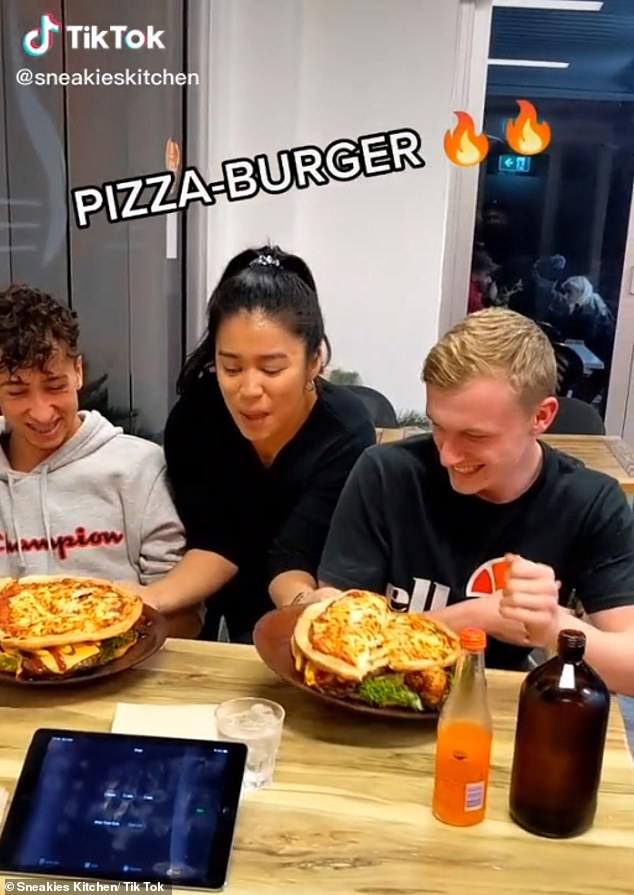 A video of the huge ‘challenge’ burger recently went viral on TikTok after two young men were filmed attempting to conquer the epic stack.

‘It comes with a free ride to the E.R,’ one man wrote on the video which has attracted over 99,000 likes since Monday.

The pizza burger is part of the menu at Sneakies Kitchen in Homebush, Sydney and is available 7-days – but you can’t add customise the mammoth meal.

The competition runs on Friday and Saturday nights – with winners also taking home $50 on top of getting their money back for the burger.

One woman saw the challenge and said she would fly from Germany to Australia to try it if she could.

Others estimated the burger would have ‘10,000 calories minimum’.

One woman who loves eating challenge posted a photo of herself eating the burger on Instagram.

‘Now THIS was a challenge! Essentially two cheese pizzas, two double cheeseburgers and two fried chicken burgers in one,’ she said.

Customers who devour the burger in 15 minutes get their $50 back.

Some people weren’t as impressed with the huge burger.

I’I love pizza and burgers, but that’s too much for me. I am full looking at it,’ one woman said.

More feared for the health of the two men who took part in the challenge. 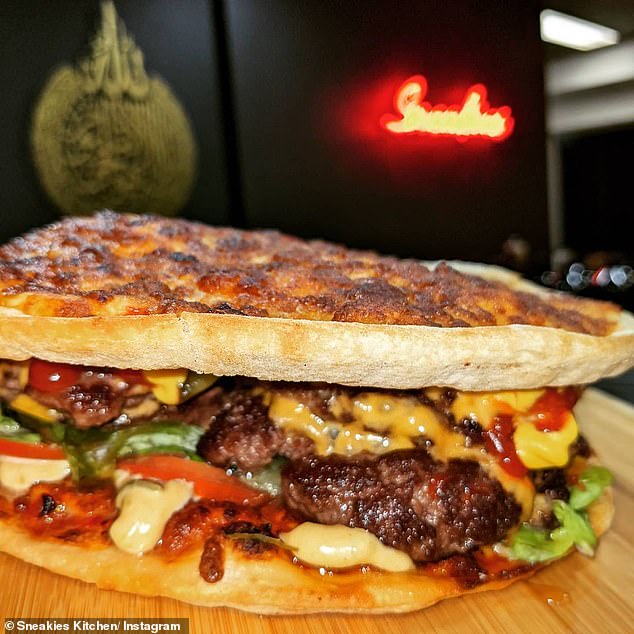 ‘Now THIS was a challenge! Essentially two cheese pizzas, two double cheeseburgers and two fried chicken burgers in one,’ a woman said after trying the burger

‘We would like an update on these two when they reach 45 years old,’ one said.

Challengers are also ‘roasted’ by the restaurant owner for the full 15 minutes – in a bid to slow their efforts down.

Food challenges are becoming increasingly popular around the country.

A Queensland bakery also offers customers their money back if they can eat one of their huge doughnuts.

The Kenilworth Country Bakery is tucked away in the Sunshine Coast’s hinterland and is famous for its doughnuts.

The bakery opens at 7am and closes at 1pm – unless they sell out of their delicious pastries sooner.

One of their most popular doughnuts is the one kilogram challenge doughnut. 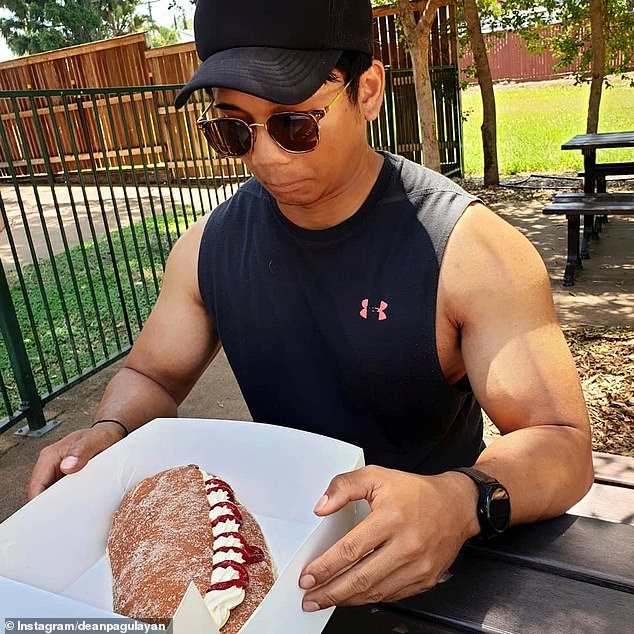 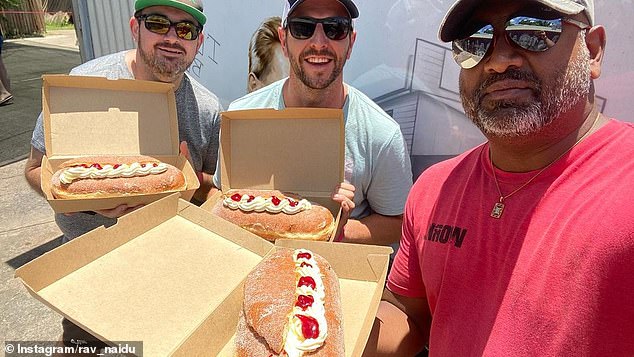 The challenge doughnuts are available in six flavours

It costs $20, but if you finish it and take a video of you finishing the doughnut, you get your money back.

The challenge doughnuts are available in six flavours.

There is a giant custard and cream filled creation as well as jam and cream and Nutella and cream creations.

For those looking for something a little more unique there’s the beestings variant, but that costs $25.

For people who like their doughnuts served with a little less cream there’s the more traditional chocolate and strawberry glazed options on offer.

And customers are stepping up to the challenge – giving themselves ‘points for trying’ when they fail to get through the huge dessert.