Jade Lagardère, 30, appeared in court in Pontoise, France, after police noticed a different woman was driving in a tape of her supposed test in 2015.

Prosecutors called for the mother-of-three, who is married to Hachette owner Arnaud Lagardère, 60, to be fined €6,000 (£5,200) for the alleged fraud.

She already had a Belgian driving licence but wanted to have it converted into a French one, according to local reports. 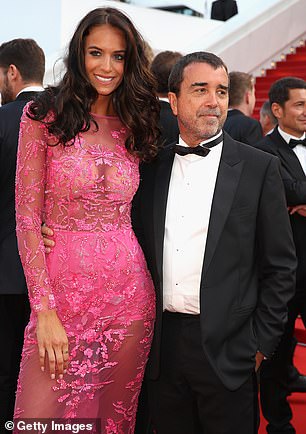 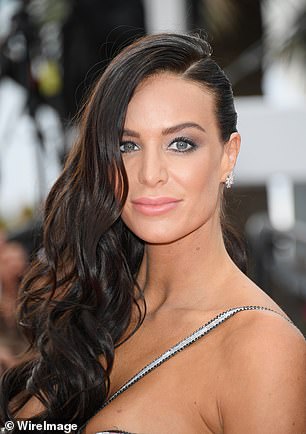 The mother-of-three married Arnaud (pictured together left, at the Cannes film festival in 2017) in 2013

The model and comic book writer went on trial alongside two other women accused of the same crime, her bodyguard and officials accused of taking bribes.

Police were told the driving examiners in Argenteuil near Paris were accepting cash for going easy in tests by an anonymous source, The Times reports.

Lagardère told her bodyguard, a former police officer, to pay off the examiner to turn a blind eye when the other woman took the test for her, the court heard.

Instructors, examiners and local government officials were all involved in the repeated offences, prosecutors said. 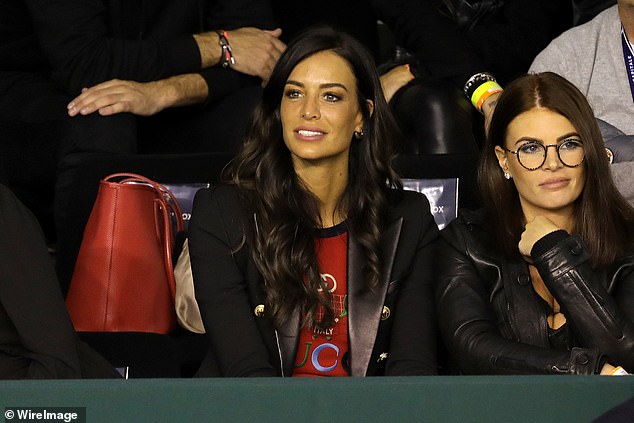 She denied the allegations and said she had no knowledge of her bodyguard’s actions.

Lagardère was not given the French driving licence after the test in question and she has since obtained one from a separate test.

Prosecutors called for two public servants, an official responsible for delivering licences and an examiner, to be given jail sentences. 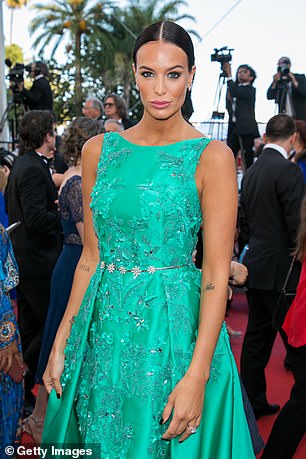 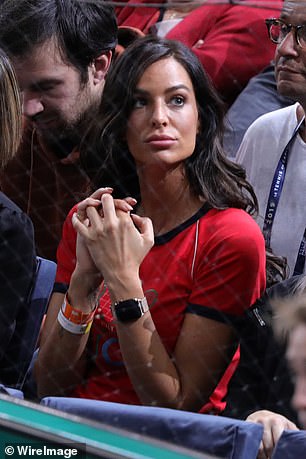 She appeared in court in Pontoise, France, after police noticed a different woman was driving in a tape of her supposed test in 2015

Lagardère married Arnaud in 2013 and the couple have three children together.

She is the author of the comic book Amber Blake and is a popular celebrity in France.

Her husband inherited Hachette, which owns British publishers Headline, Hodder and Stoughton and Quercus, from his father in 2003.