Jose Mourinho is hopeful his side can benefit from a free midweek when Manchester United visit on Sunday afternoon.

Spurs have not had the luxury of a full week on the training ground ahead of a Premier League game this season because of their Europa League and Carabao Cup commitments.

But their embarrassing demise to Dinamo Zagreb in the last 16 does now mean the majority of their remaining games this season come after a free week. 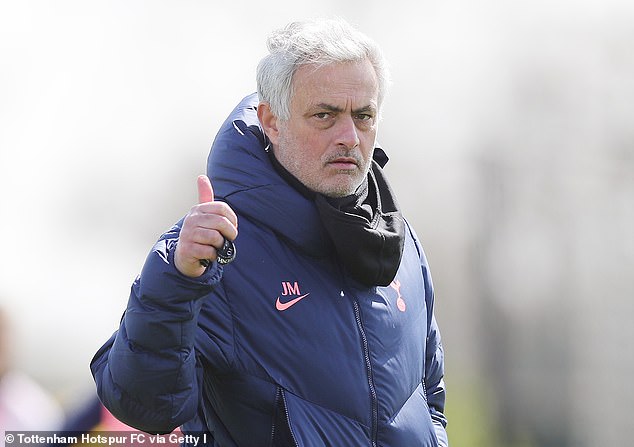 That cannot be said of United, who travelled to Spain to take on Granada on Thursday, and Mourinho wants to take advantage.

‘And now we had it. And that makes me positive. I enjoy the work this week. And I’m positive. I don’t look too much for the records. Because sometimes things go against the stats, or the tendencies, or what the records are saying. 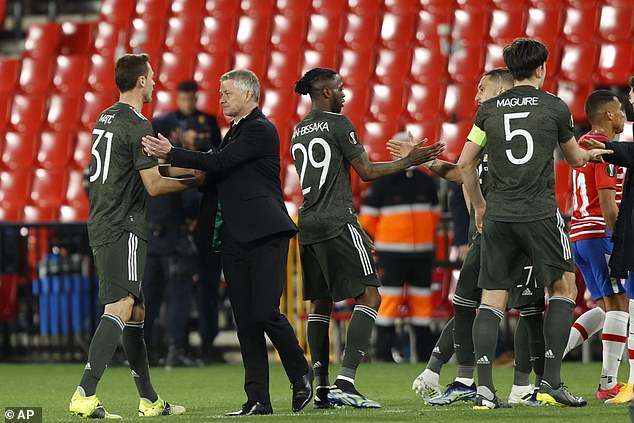 ‘I go with confidence because I believe in us, I believe in the work we are doing this week to try to prepare the match the best we can. I believe, I don’t want to go to the match with other things in mind. Then, we are ready.’

Only Leicester have been awarded more penalties than United this season in the Premier League while the Old Trafford club have been given four in their last three games against Spurs, though one was rescinded by VAR.

Mourinho has often made barbs about the number of spot-kicks his former club get awarded, but says he cannot be worried about it before the game. 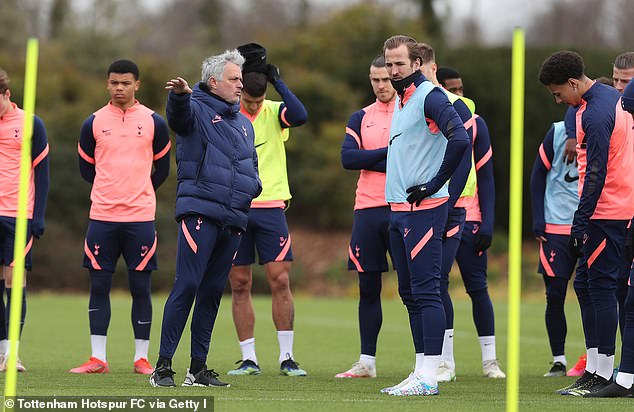 ‘So I’m not going concerned. And I don’t want my players (to be concerned). They have to go to a football match with positive feelings, enjoying the game, enjoying the dimension and the difficulty of the game.

‘Coping with the responsibility. Coping with the pressure, good pressure. So that’s what I want. I want to be positive and happy to play against such a giant club, and such a good team.