Kendel Kay, An influencer ditched the typical 9-5 to become a stay at home girlfriend and has given her followers an inside look at her lavish lifestyle – which includes vacations on a private jet, luxury shopping trips and endless Pilates classes, all on her boyfriend’s dime.

Kendel Kay, 25, from Puerto Rico, is known for boasting her expensive day to day routines to her over 400,000 TikTok followers and often posts about the perks of dating someone who has a lot of money.

Kendel, who doesn’t have a job and spends her days making matcha for her and her boyfriend, has been vocal about her luxury lifestyle – constantly sharing that her beau funds her every move. 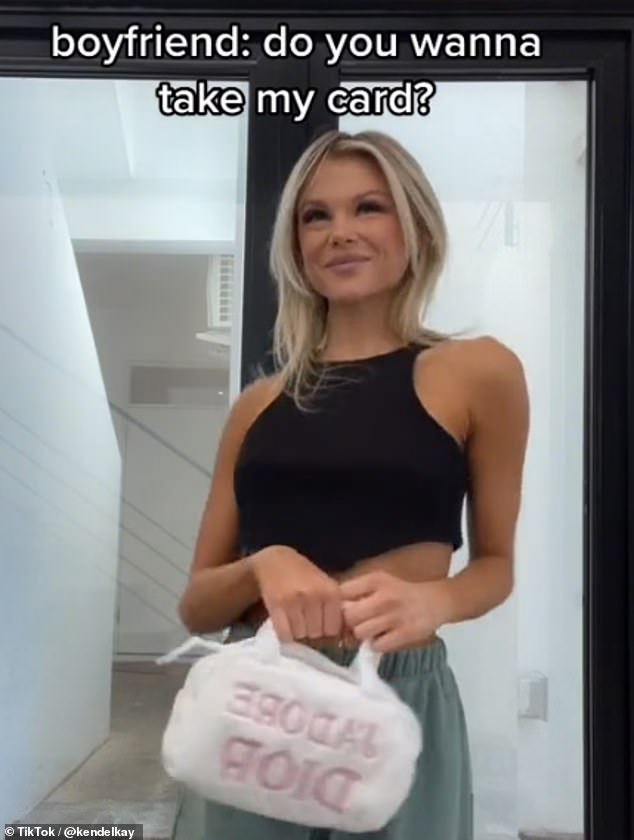 Kendel Kay, 25, from Puerto Rico, has given her followers an inside look at her been lavish lifestyle as a stay at home girlfriend 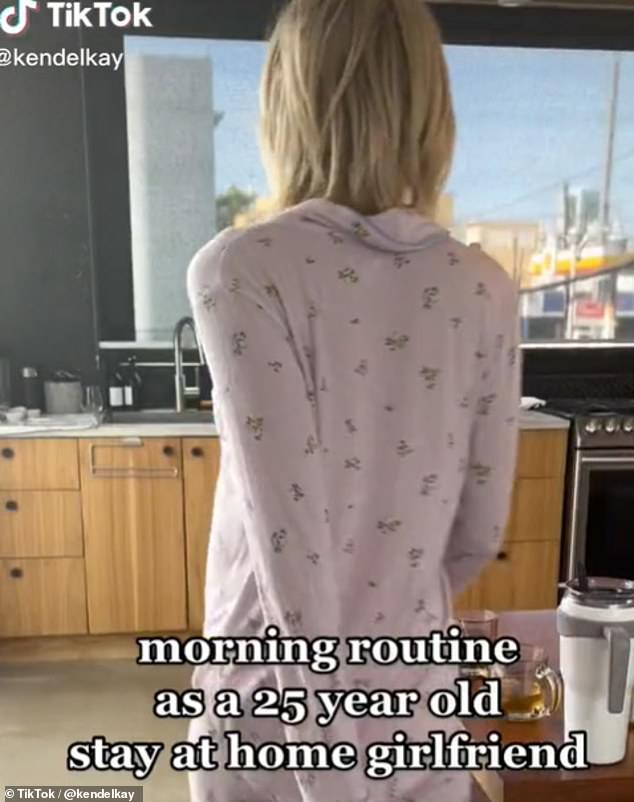 The influencer boasts her day to day routines, which include vacations on a private jet, shopping trips and Pilates classes, all on her boyfriend’s dime 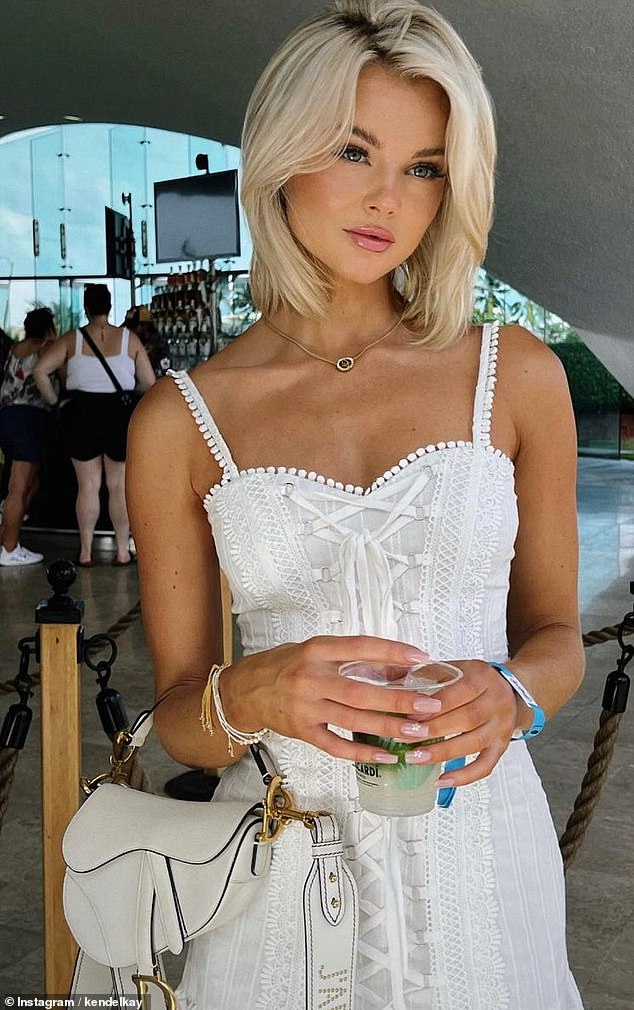 The influencer has been very vocal to her over 400,000 followers about her relationship and has shared Luke funds her every move 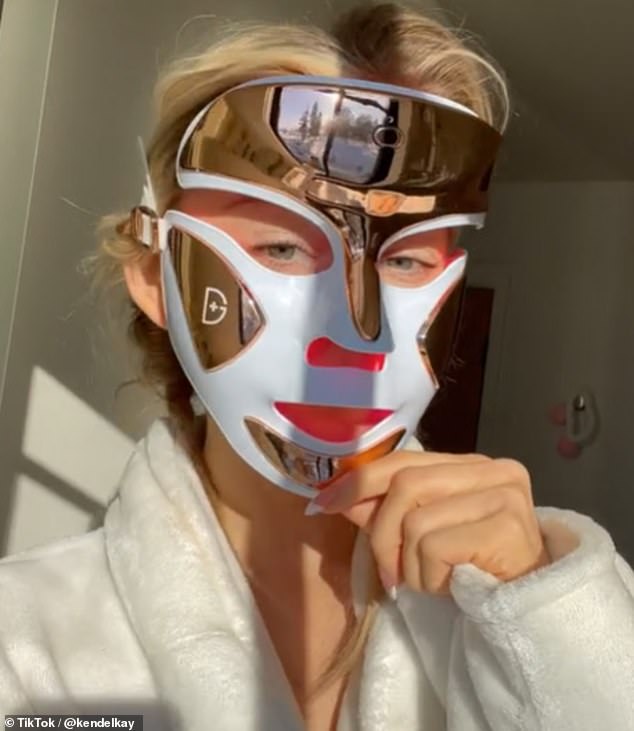 Her morning routine includes and extensive and expensive skincare routine which features her using a Dr. Dennis Gross red light face mask, which retails at $435

Kendel has been dating her boyfriend Luke Lintz, 22, born in Canada, but living with his girlfriend now, for a little over a year and has been cashing in on all the perks that come with having a rich boyfriend.

The 25-year-old has posted numerous videos on her TikTok account documenting her ‘morning routine,’ all of which have racked up millions of views.

Her most recent video titled ‘morning routine as a 25-year-old stay at home girlfriend’ has racked up over 5.3 million views.

She shows herself getting up in the morning and doing her ’20 minute skincare routine,’ making herself a cup of matcha, making her beau a cup of coffee and journaling.

She then grabs more coffee with Luke before heading to her Pilates class,

She finishes off her day by making yet another matcha latte.

In another ‘morning in my life video,’ the model films herself baking, eating a bowl of fruits, journaling and of course making a cup of matcha for her and her boyfriend. 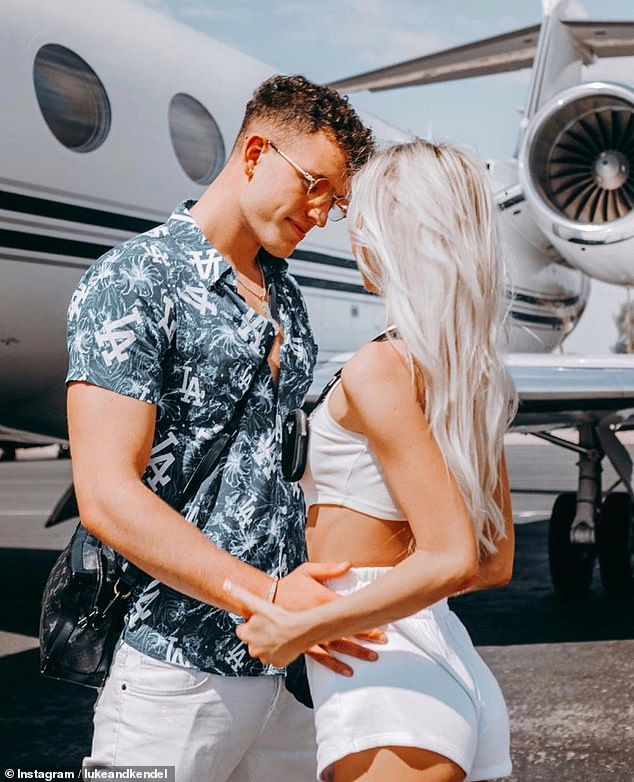 Although it looks like Luke is a stay at home boyfriend, her beau is actually the founder and CEO of PR firm Highkey Enterprises 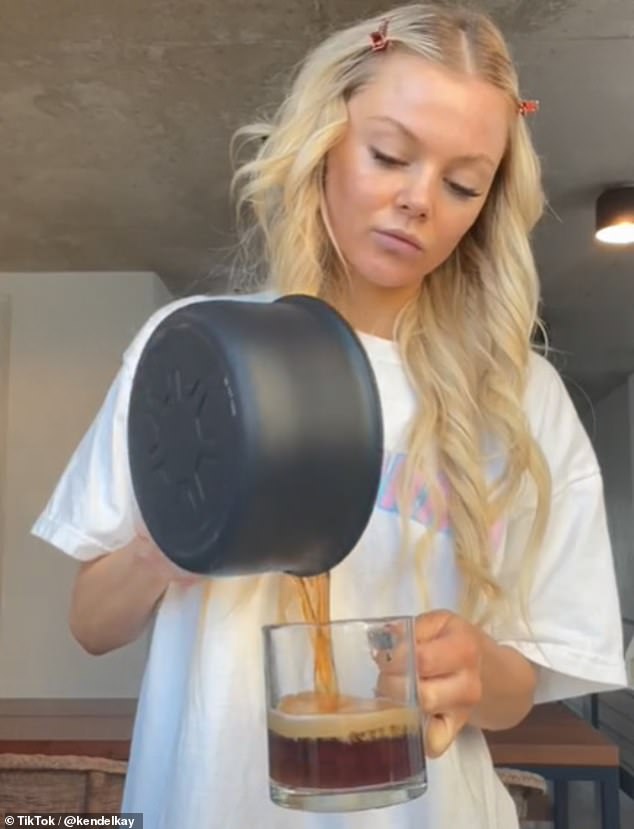 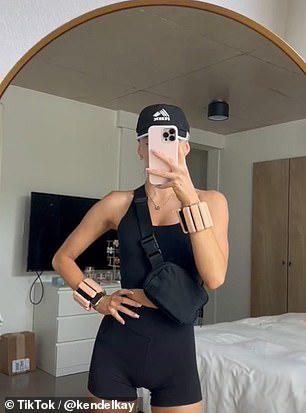 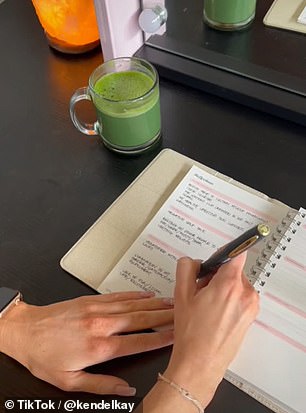 In a ‘morning in my life video,’ the model films herself working out, journaling and making a cup of matcha 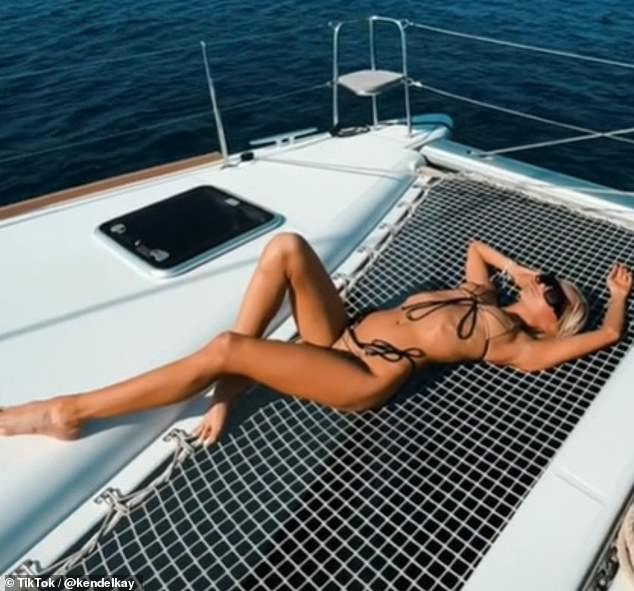 Kendel Kay, who doesn’t have a job and spends her days vacationing on a private jet funded by her boyfriend 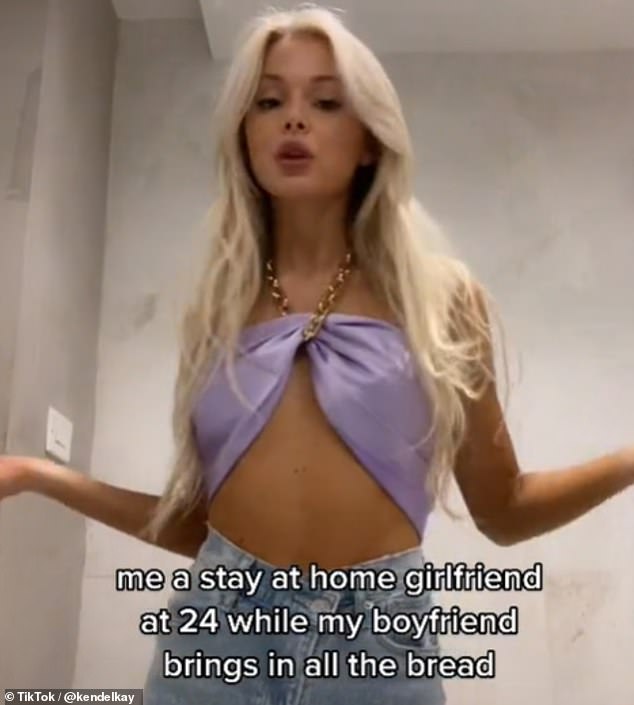 Each of the stay at home girlfriend’s morning routine videos document her doing the same things over and over again.

Kendel Kay has posted multiple videos claiming Luke gives her his credit card before she goes out and even one video showing herself reaching her hand out at him for money, which he then gives her.

Her other videos include her showing off her new clothes she bought with Luke’s card.

She also is often pictured wearing many different luxury handbags such as Louis Vuitton and Dior purses, which cost over $1,000 each.

Although it looks like Luke is a stay at home boyfriend with all the time the two spend traveling and grabbing coffee together, her beau is actually the founder and CEO of PR firm Highkey Enterprises.

The 22-year-old started his company at just 16-years-old when he and his brother developed and sold wireless earbuds, he then turned his company into a social media and PR firm and is now worth over $8.1 million.

Luke now spends his time and money on his girlfriend, who he has called the ‘love of his life.’

Social media user have slammed the model for her luxury lifestyle that is funded by her boyfriend and even questioned what she’ll do when the two break up.

One user said: ‘Morning routine as an unemployed person who does everything for Luke.’

‘I wish this was my life,’ added another user.

One user questioned: ‘A planner to plan what?’

Another person wrote: ‘What happens if you break up and you don’t’ have a job though?’

Someone else questioned: ‘Curious do you have any goals or a game plan when Luke doesn’t like the way you make his coffee anymore?’