The man who killed the step-granddaughter of Morgan Freeman after stabbing her 25 times in front of multiple eyewitnesses has been found not guilty of murder.

Lamar Davenport, 33, was charged with second-degree murder in the fatal attack on 33-year-old E’Dena Hines, who was his girlfriend at the time.

He was convicted on a charge of manslaughter however after the defense argued that Davenport was in a drug-induced psychosis during the brutal slaying, brought on by his use of PCP.

One man who witnessed the attack testified at the trial that during the attack Davenport screamed: ‘I love you. I always loved you. God would have wanted this.’ 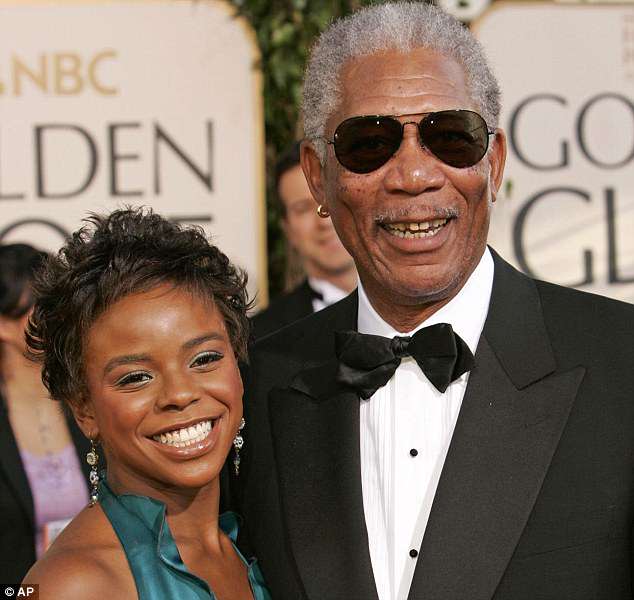 Tragic end: Lamar Lamar Davenport, 33, was found not guilty of murder but convicted of manslaughter in the death of his girlfriend E’Dena Hines (Hines and Morgan Freeman above at the 2005 Golden Globes) 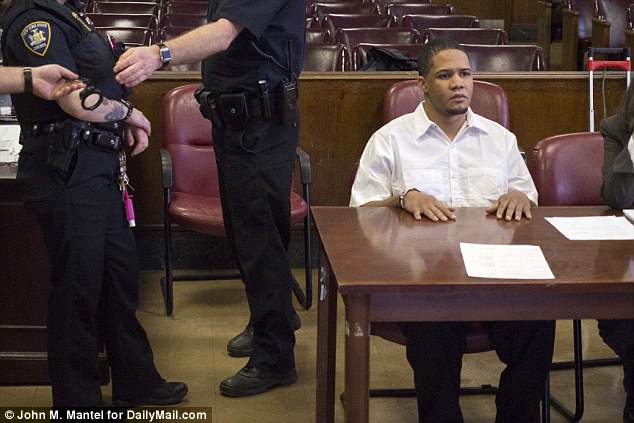 Prison bound: Lamar Davenport stabbed Hines 25 times in what his lawyers argued was a drug-induced psychosis brought on by his use of PCP (Davenport above last month in court) 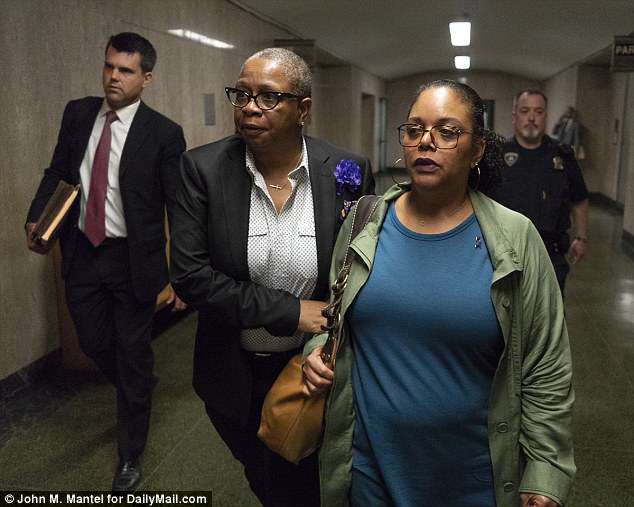 Shock: Hoines’ mother Deena Adair is seen leaving the courtroom on Monday after the verdict (above)

After he was arrested, Davenport was taken to a hospital where after he was given sedatives he awoke screaming; ‘Why did this happen? No, no! Why God?’

He also asked the arresting officers if they believed in Jesus and urged them to repent their sins.

Hines and Davenport, a rapper, had been living together in a $780,000 apartment that was paid for by Freeman.

There relationship was tumultuous according to witnesses who testified at the trial, and Davenport fathered children with other women while the pair were together.

He also struggled with drug issues,

Freeman adopted Hines’ mother Deena Adair when he married Jeanette, and he writes in his affidavit that is was Adair and himself acting as a surrogate father who raised the young woman after he parents divorced when she was just 3-years-old.

‘Throughout E’Dena’s entire lifetime, my daughter Deena Adair and I were the primary sources of support for E’Dena financially, emotionally, mentally and physically,’ writes Freeman.

Freeman, 80, once denied a romantic relationship with Hines after reports emerged that the pair were involved, but it was alleged during the trial that Hines had at one point texted Davenport to reveal she had ‘grandpa feelings.’ 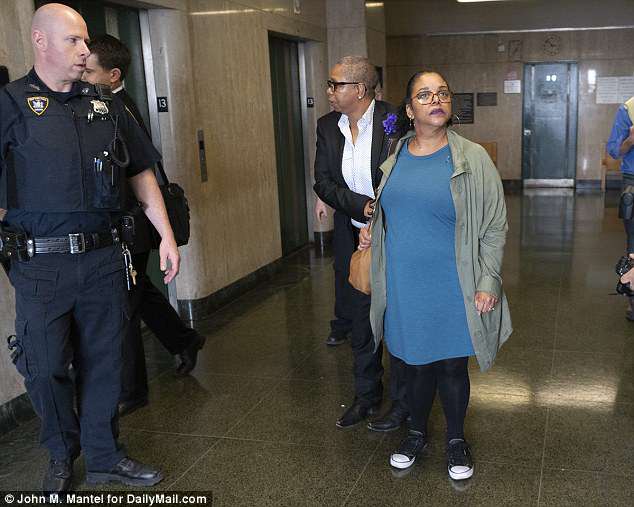 Disbelief: Deena looked to still be in shock from the verdict, which came almost three years after her daughter’s death

Freeman said at the time of Hines’ death; ‘The world will never know her artistry in talent. Her star will continue to shine bright in our hearts, thoughts and prayers. May she rest in peace.’

The young woman would frequently accompany Freeman to premieres, and was an actor herself.

According to her personal website she was an actor and writer living in New York City, where she studied at New York University’s Graduate Acting Program.

The university announced shortly after her passing that a scholarship would be dedicated in her name.

Hines also taught under-exposed youth in her native Memphis, Tennessee, where she moved after she failed to land gigs and felt ‘unfulfilled.’

Judge Ellen Biben did not elaborate on her decision Monday, and Hines’ mother Deena did not speak with reporters on her way out of the courtroom.

Lamar Davenport threatens E’Dena Hines on day she was murdered