A Coldstream Guards soldier has been cleared of sexually assaulting a female Sergeant after she accused him of introducing himself as ‘Vera Duckworth’ from Coronation Street.

Lance Sergeant Peter Duckworth, 34, was today cleared of grabbing the woman’s bottom five times on the dance floor at an Army quiz night.

The married father-of-three was accused of ‘lurking’ behind the woman during the incident at the Mount Pleasant base on the Falkland Islands.

But a two-day hearing at Bulford Military Court, in Wilts, finished with him being cleared of two counts of sexual assault.

He denied squeezing her bottom and insisted that his accuser had ‘dragged’ him onto the dancefloor saying ‘come on, Vera’.

Lance Sergeant Peter Duckworth (pictured) attended a quiz night and disco at Mount Pleasant base on the Falkland Islands where he was accused of groping the woman. He has been cleared of two counts of sexual assault after the two-day military hearing 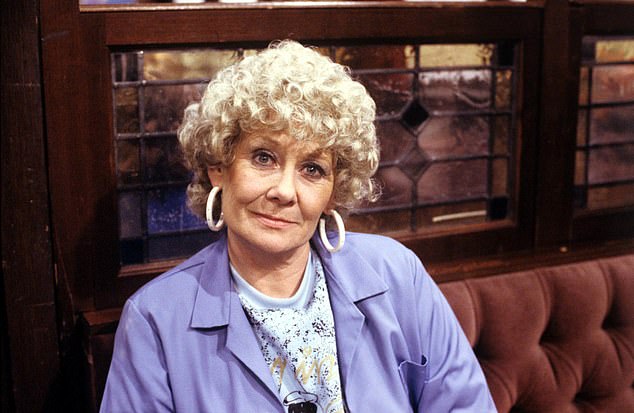 The 34-year-old claims that the woman said ‘come on Vera’ while trying to get him to dance, in reference to Vera Duckworth (pictured) from the popular ITV soap as they share the same surname

The woman, who can’t be named, gave evidence to the trial claiming that during the incident she repeatedly told him to ‘f*** off’.

She added that LSgt Duckworth had introduced himself to her as ‘Vera Duckworth’ when they first met.

LSgt Duckworth serves in the 1st Battalion Coldstream Guards, the oldest continuously serving regiment which is famed for its high-profile ceremonial duties involving the Royal Family.

The Coldstream Guards can be recognised by their iconic red tunics and bearskin caps as they stand guard outside Buckingham Palace and Windsor Castle.

LSgt Duckworth, who drank nine cans of Strongbow Dark Fruit cider, denied the allegations saying that he said no to dancing with her..

Giving evidence, he said: ‘She asked me to dance and pulled me up to the dance floor.

‘I was sat down and she came up from behind me and invited me up to dance, I said no and the group [of soldiers] on the table were egging me on. 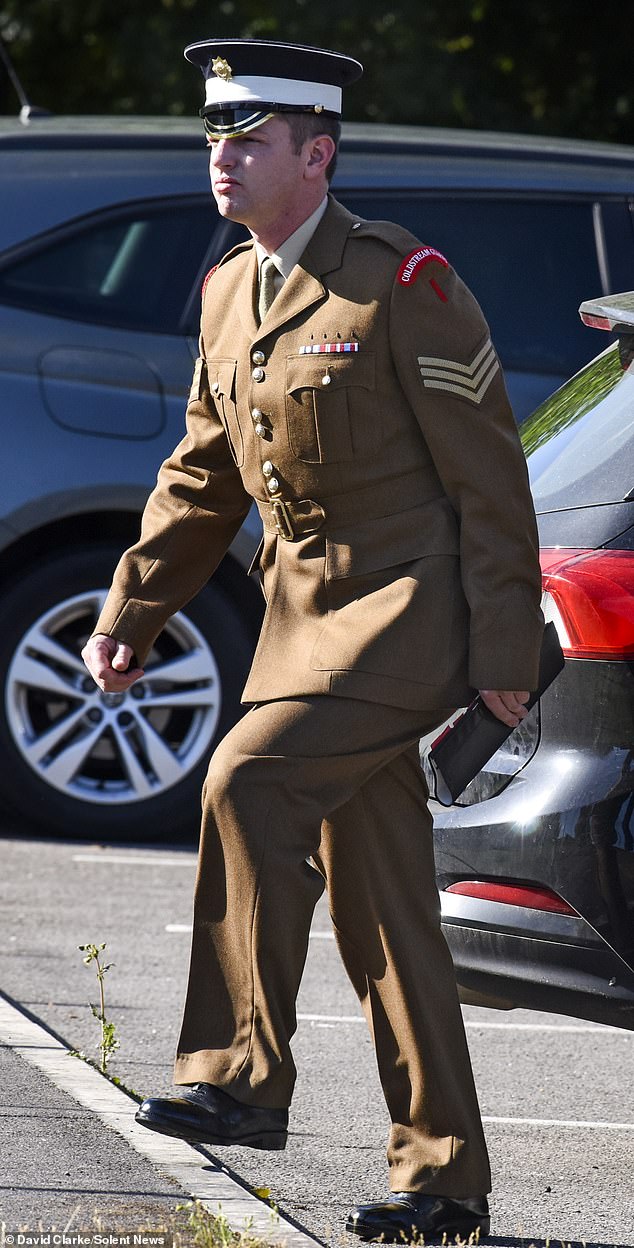 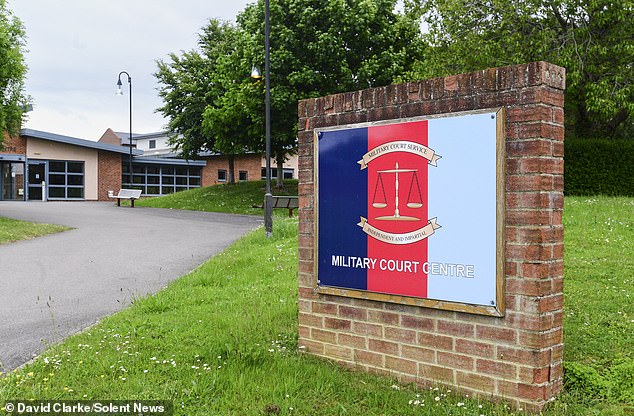 ‘They encouraged me and she reached down and grabbed my hands and pulled me up.

‘I went with it, I was not happy with it. When you are in the Army and you are dancing with a lady, [male soldiers] like to take the mick.

‘I got up, gave her a quick spin on the dance floor and I left her be.’

LSgt Duckworth, who is based in Windsor, Berks, but is originally from Leeds, Yorks, added ‘the only thing I can think of is maybe she’s getting me mixed up with someone else’.

Corrie character Vera Duckworth, portrayed by Liz Dawn, was loved by fans of the ITV soap thanks to her marriage with Jack Duckworth and had a storyline spanning 33 years.

A staggering 12.5 million viewers tuned in to see Vera’s death in January 2008 and a waxworks of her was even put up at Madame Tussaud’s in Blackpool.