Maggie Gyllenhaal seemed to dip into her summer wardrobe as temperatures in NYC continue to heat up.

The 43-year-old actress, producer, and director donned an oversized straw hat and a lightweight frock as she grabbed lunch at La Mercerie with her daughter Ramona Sarsgaard, 14.

The two enjoyed a mommy-daughter outing as they were seen laughing and chatting over French food before strolling arm and arm in SoHo. 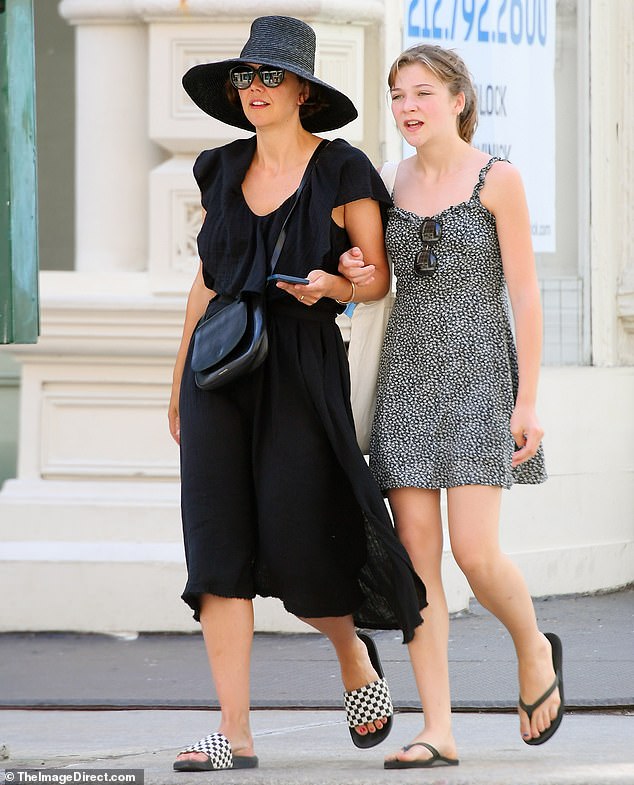 Mommy-daughter outing: Maggie Gyllenhaal, 43, looks a vision of summer as she grabs lunch with eldest daughter Ramona Sarsgaard, 14, at La Mercerie in NYC

The Crazy Heart Oscar nominee looked super feminine in the city’s signature shade as she wore a ruffled linen dress with a pair of checkered slides.

She played up the monochromatic ensemble with a rather large black hat and continued to shield her face with oversized sunglasses.

Her eldest daughter looked a spitting image of dad Peter Sarsgaard, 50, as she strolled with her mom in a playful polka dot dress and simple sandals.

Ramona’s light brown hair was pulled into a high ponytail and she looked to carry the same sunglasses as her mom. 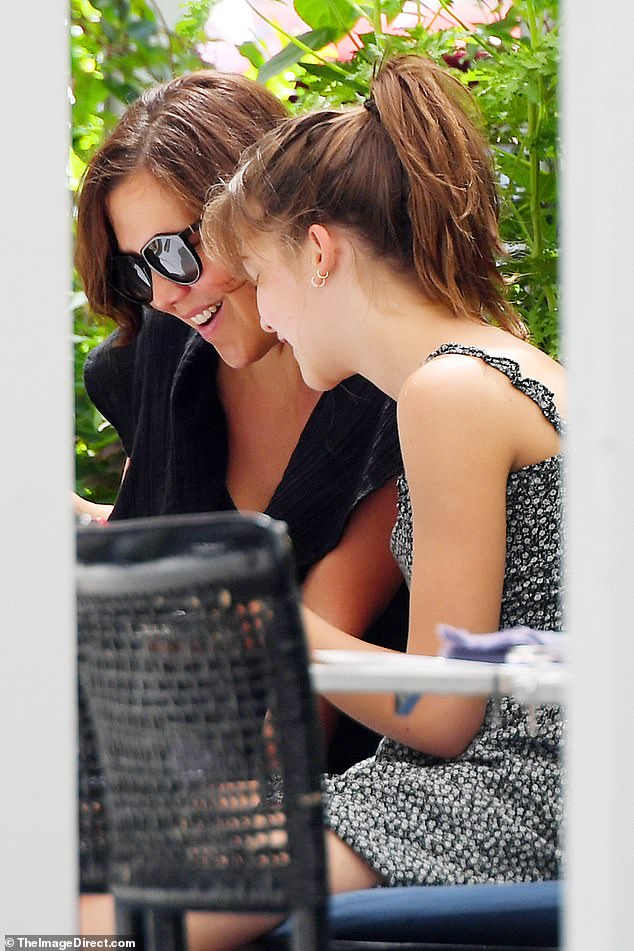 French food: The duo were seen chatting and laughing at the French bistro in the SoHo area 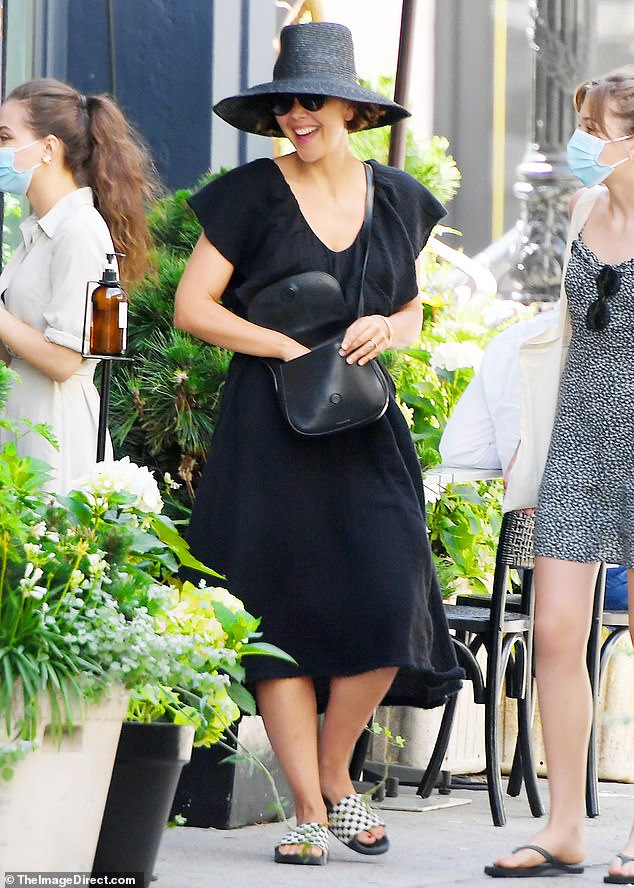 Mini-me: Her eldest daughter looked a spitting image of dad Peter as she enjoyed a day with her mom while wearing a playful polka dot dress

Maggie has been married to the An Education actor since 2009 and they also share daughter Gloria, nine.

In 2019 the sister of Jake Gyllenhaal spoke to Pop Sugar about juggling work and motherhood, saying that although ‘organization’ is key, it’s ‘impossible’ to get the ‘perfect’ balance.

‘Honestly, I think juggling a career and raising kids is all about organizing . . . But without organization I couldn’t manage any of this! It’s impossible to strike the “perfect work/life balance,” and I think every parent knows that. It’s a struggle finding that balance in the day-to-day of motherhood, but that’s how you learn.’

Maggie is set to make her directorial debut with The Lost Daughter, starring Normal People’s Paul Mescal, Dakota Johnson, Olivia Coleman and her husband Peter. The film — based on the Elena Ferrante book of the same name — is slated for release in January 27. 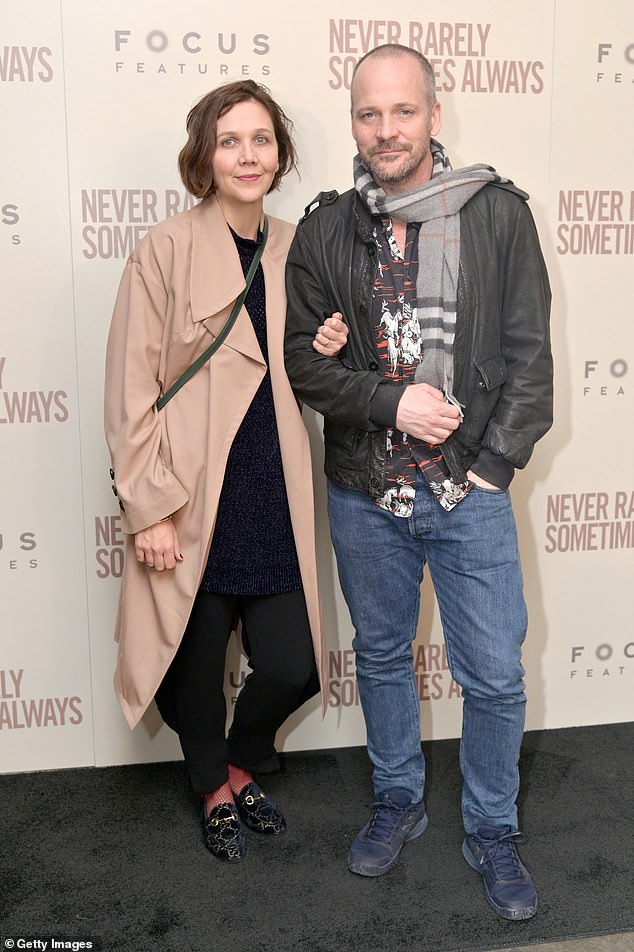 Longtime love: Maggie and Peter — who is set to star in her upcoming film The Lost Daughter — have been married since 2009 and share two daughters together; pictured March 2020

And just this week it was revealed that she would be one of nine jurors at the 74th annual Cannes Film Festival — a first time honor for Maggie.

Together they will screen 24 films during the film festival which will occur July 6 to July 17 and announce winners on the last day.

Cannes Film Festival: The committee of nine esteemed directors, actors, and musicians will screen 24 films between July 6 and 17 and announce winners on the last day