A man has been charged after a six-year-old girl was snatched from the street.

Lewis Jones, 23, of Liverpool, Merseyside, has been charged with two counts of sexual assault by penetration and one count of abduction.

He has been remanded in custody and will attend Manchester and Salford Magistrates court today.

It comes after Tameside Police revealed the young girl was apparently snatched by a man on Warne Avenue, Droylsden, at around 4pm on Wednesday.

She was then led to a wooded area close to a disused railway track towards Manchester Road and allegedly sexually assaulted. 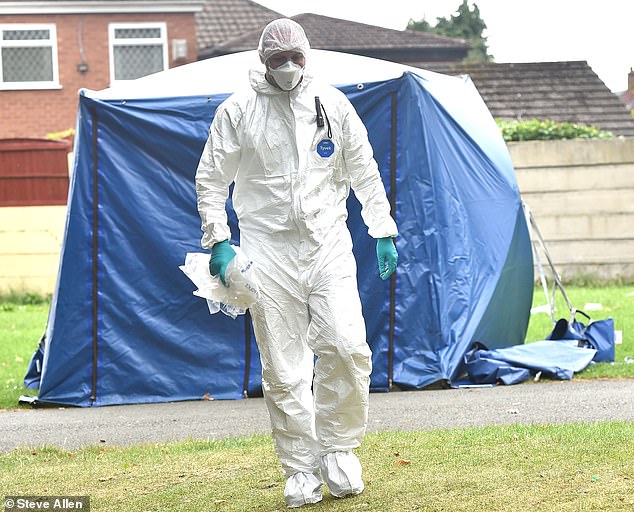 A forensic officer walks along a green where a police tent has been erected at the scene in Warne Avenue, Droylsden

The young girl was safely reunited with her family a short time later and is receiving support from specialist officers, police say.

The arrest of the 23-year-old comes after detectives announced yesterday they would be stepping up the search for another man they wished to ‘speak to urgently’.

Speaking in Warne Avenue on Thursday, Detective Superintendent Richard Hunt said: ‘What I can say, he’s obviously grabbed a child, and what I would say to members of the public is that they need to be extra vigilant.

‘A child was playing in this area and a chap who was hanging around has taken a child and thankfully within a few minutes we’ve got her back.

‘Parents need to consider the circumstances of what I have mentioned and I would suggest they need to be extra vigilant with their children whilst we progress this as quickly as possible.’ 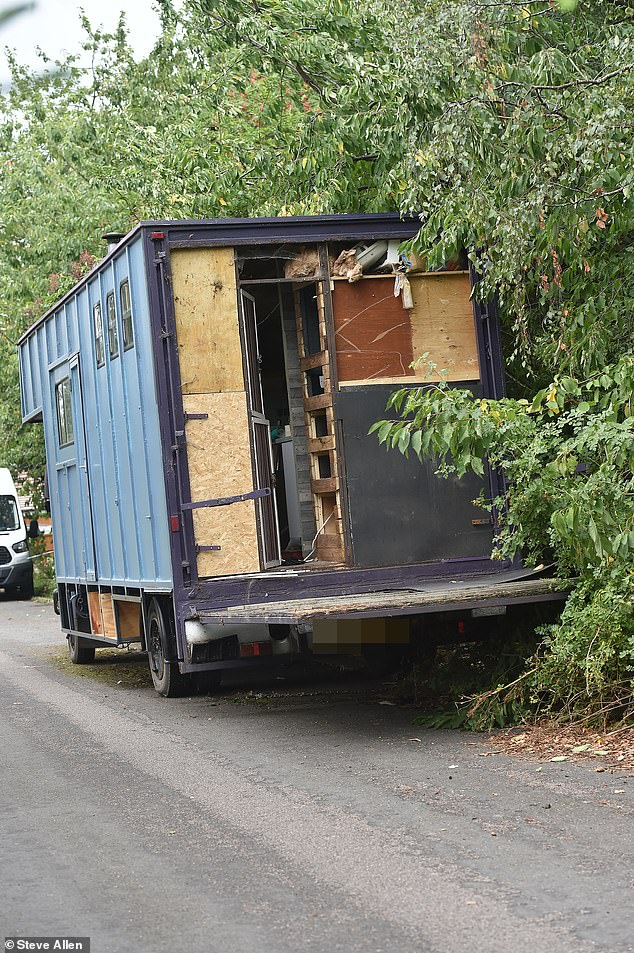 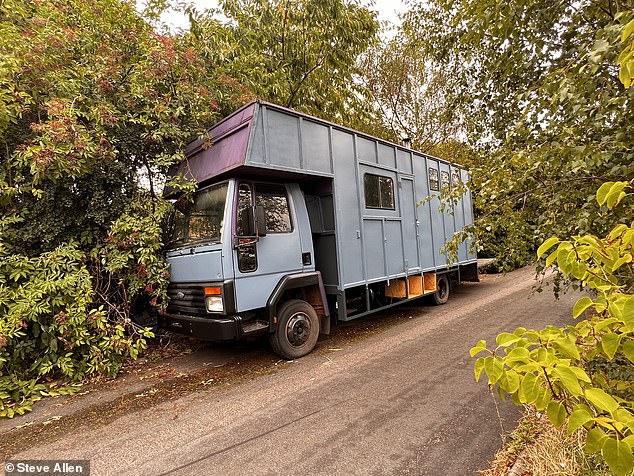 The van is parked adjacent to a woodland, where police say the six-year-old was taken close to a disused railway track 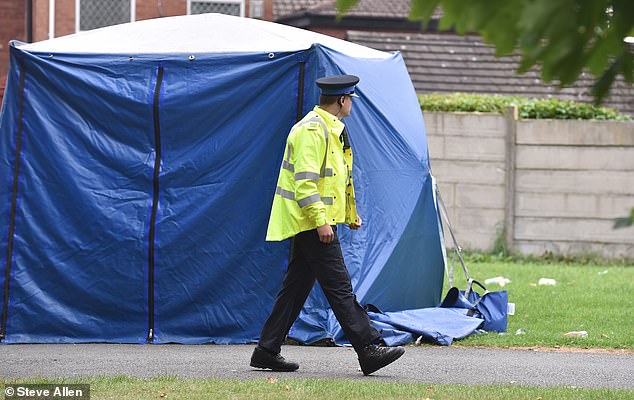 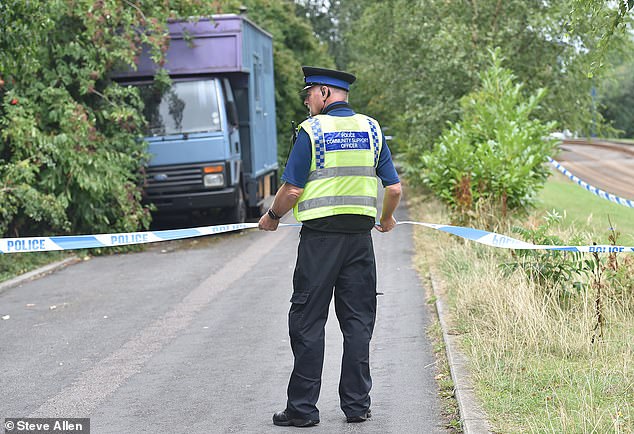 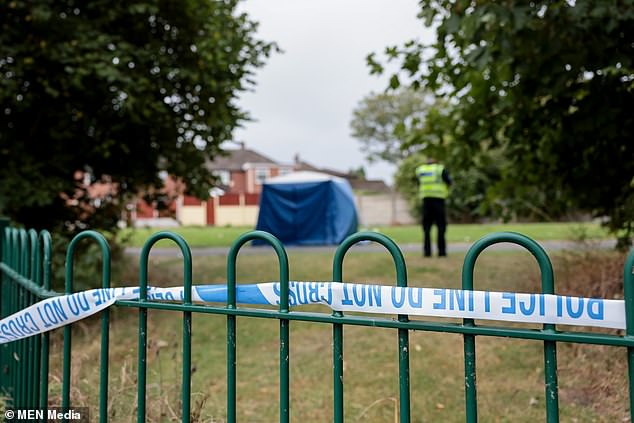 A blue police tent and officer inside a cordon in Warne Avenue, Droylsden, on Thursday following the abduction of a child 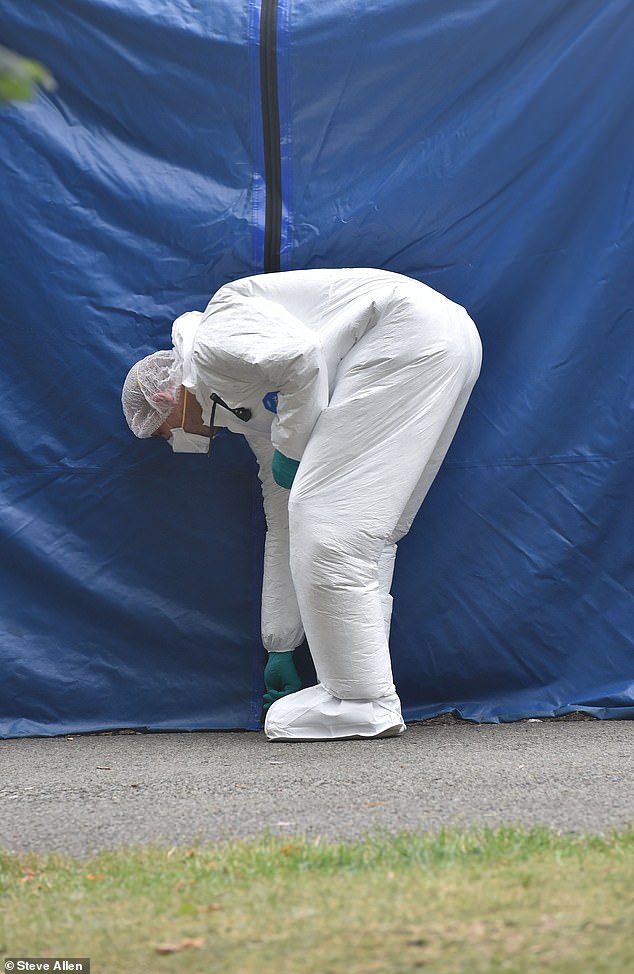 The scene in Warne Avenue, Droylsden, where a six-year-old was near a bench which is covered up in the tent 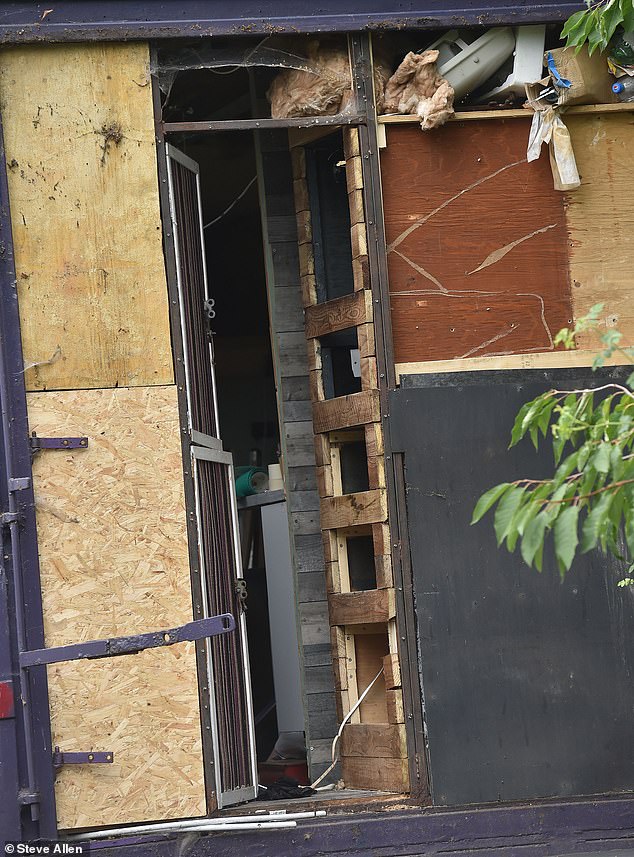