A new investigation into the background of Australia’s worst-ever mass murderer, Martin Bryant, claims the gunman may be responsible for the deaths of his father and closest friend – long before his murderous rampage through Port Arthur.

Wealthy benefactor Helen Harvey is one of two people that Bryant is allegedly suspected of killing years before the Tasmanian massacre in 1996 which claimed the lives of 35 men, women and children.

In Martin Bryant’s Dark Secrets 7News documentary to air on Sunday new evidence also claims to link the mass murderer to the death of his father, which was originally ruled as a suicide. 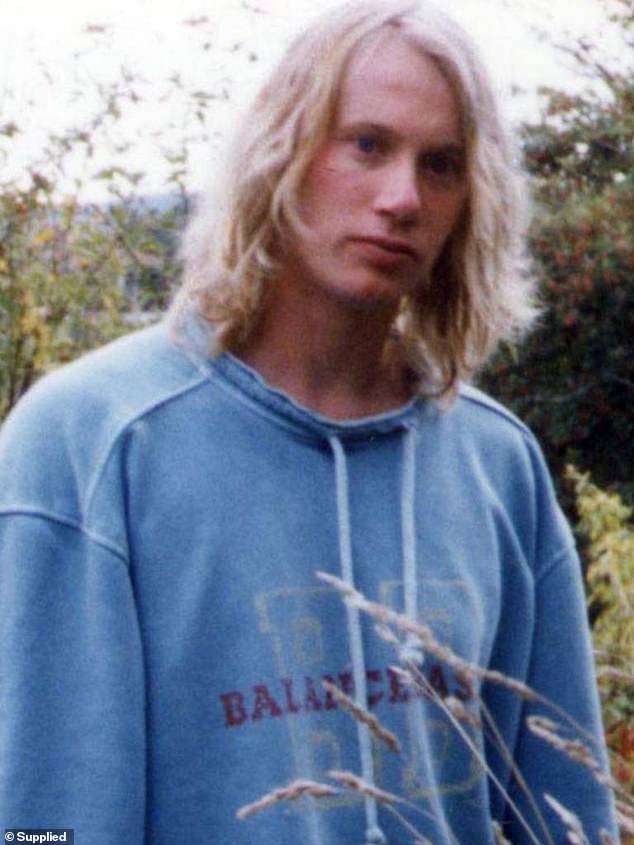 Mr Featherstone said she had admitted to him Bryant caused her to have multiple car accidents by wrenching the steering wheel from her while she was driving.

After the third near-miss the former neighbour had to help Ms Harvey retrieve her car from a drain near her house.

‘As we were walking back along to where the car was … she was telling us how he used to grab the steering wheel and put her off the road,’ he said. 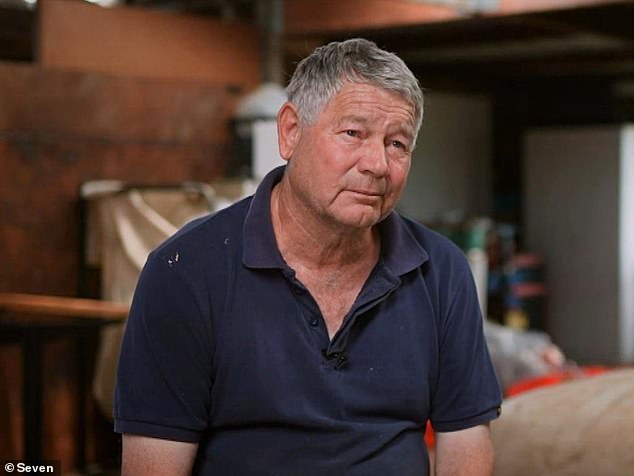 Barry Featherstone (pictured) a former neighbour of Helen Harvey, revealed he reported the gunman’s erratic behaviour to authorities after she confided in him

Ms Harvey then told him ‘one of these days the little bastard is going to kill me’.

The benefactor told her neighbour it was also the reason she drove so slowly while Bryant was in the car, about 35km an hour.

After Ms Harvey and her two dogs were killed in a fatal crash in 1992 that injured Bryant, Mr Featherstone was forced to identify his neighbour’s body.

It was then that he alerted local authorities to Bryant’s manic behaviour and gave police a statement.

It was previously reported Bryant had said it had been the dogs roaming loose in the car that had caused the accident.

Mr Featherstone doesn’t believe the soon-to-be mass murderer was ever questioned about the fatal crash. 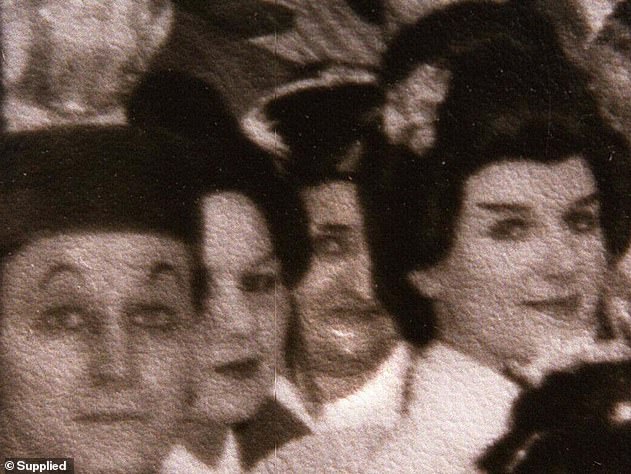 Wealthy benefactor Helen Harvey (third left) died in a car crash in 1992 that left Bryant, a passenger in the vehicle, with injuries 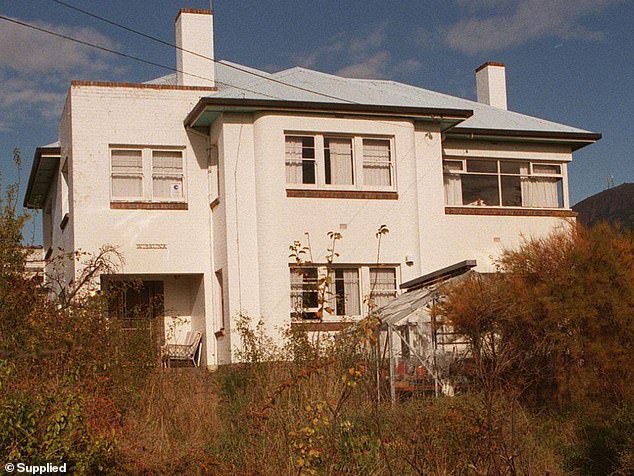 Ms Harvey left her sprawling Hobart mansion (pictured) farm and money to Bryant, with his father Maurice to act as trustee

Following Ms Harvey’s death, the wealthy benefactor left her sprawling Hobart mansion, farm and money to Bryant, with his father Maurice to act as trustee.

However just a year later, Maurice Bryant was found dead in a dam on the family property, after going missing in mysterious circumstances.

Investigative reporter Denham Hitchcock speaks to new witnesses in the documentary, who claim Australia’s worst mass murderer was ‘settling scores’ and was left unchecked to carry out his crimes. 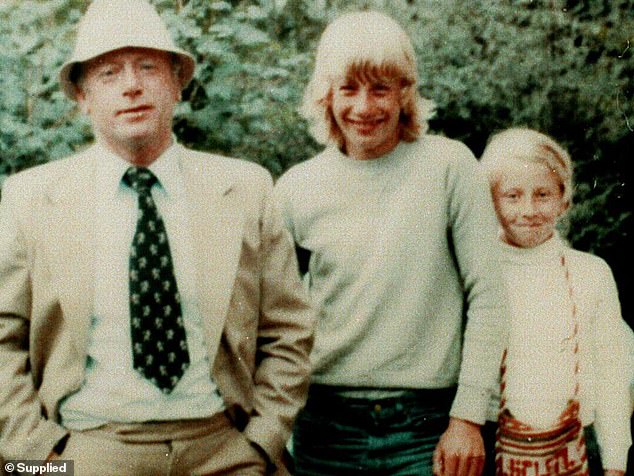 New evidence has revealed the gunman can be linked to two other deaths, his father and Maurice, left, and his closest friend Helen Harvey

Hitchcock questions the validity of Maurice Bryant’s suicide, reveals new evidence about what happened and questions if the gunman could have been involved.

He also speculates if the Port Arthur massacre could have been avoided if authorities had acted on information regarding the death of Bryant’s father and close friend.

Bryant, now 53, remains in a small mental health unit in Tasmania’s Risdon Prison on the outskirts of Hobart, where he has been incarcerated for 25 years.

On April 28, 1996, the mass murderer killed 35 people and injured 23 at a historic site in Port Arthur, considered at the time to be the world’s worst massacre. 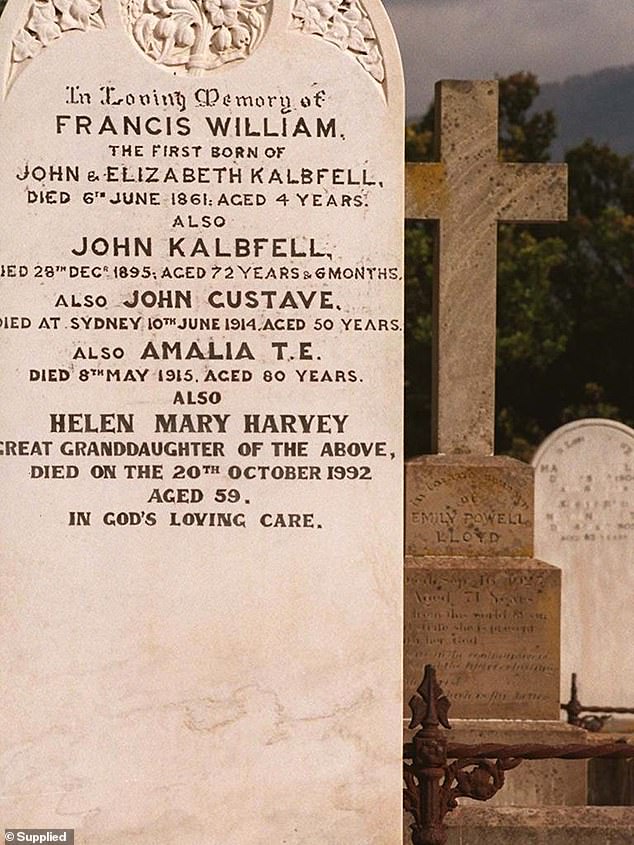 A former neighbour to the wealthy benefactor revealed she had confided in him that Bryant had caused multiple car accidents. Pictured: The grave of Helen Harvey at Hobart Cemetery

Bryant is serving 35 life sentences and more than a thousand additional years’ in jail without parole.

The gunman has never explained his actions but investigators have speculated the murders were sparked out of retribution for grievances while others were collateral damage.

The laws banned rapid-fire guns from civilian ownership except under certain, restricted licences and tightened requirements for firearms licensing, registration and safe storage.

Last month marked 25 years since the gunman’s devastating rampage, with a small ceremony held at the historic site to pay respect to the victims.