A heavily pregnant nurse working with Covid patients felt ‘pressured’ to return to work where she caught the virus, her husband has told an inquest today.

Mary Agyapong, 28, was heavily pregnant and working as a nurse at Luton and Dunstable Hospital in Bedfordshire when she fell ill in the early months of the coronavirus pandemic.

The nurse worked as a sister up until March 12, 2020, when she was signed off work with back problems, her widower Ernest Boateng told Bedfordshire and Luton Coroner’s Court.

Mr Boateng told the inquest his partner continued to visit the hospital to confirm her ill-health, and to attend medical appointments.

On April 5 she was rushed to hospital with breathing difficulties, but was discharged the same day.

Within a week she was readmitted, with doctors delivering her baby daughter by a C-section, before Miss Agyapong died on April 12.

A post-mortem gave the cause of death as pneumonia and Covid-19.

Mr Boateng said he strongly believed his wife, originally from Ghana, contracted coronavirus while at work. 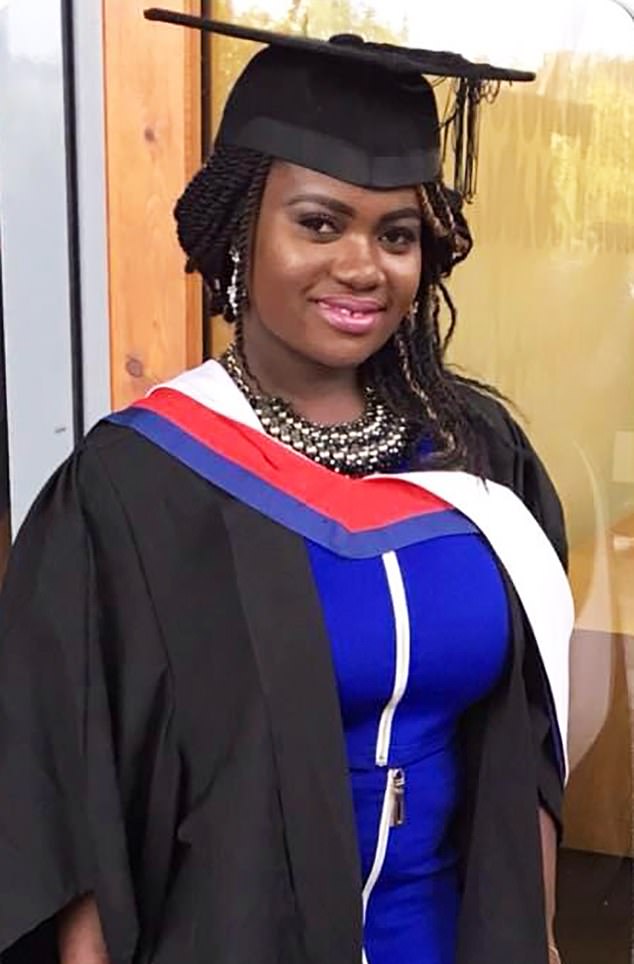 Mary Agyapong, 28, was heavily pregnant and working as a nurse at Luton and Dunstable Hospital in Bedfordshire when she fell ill at the height of the coronavirus pandemic 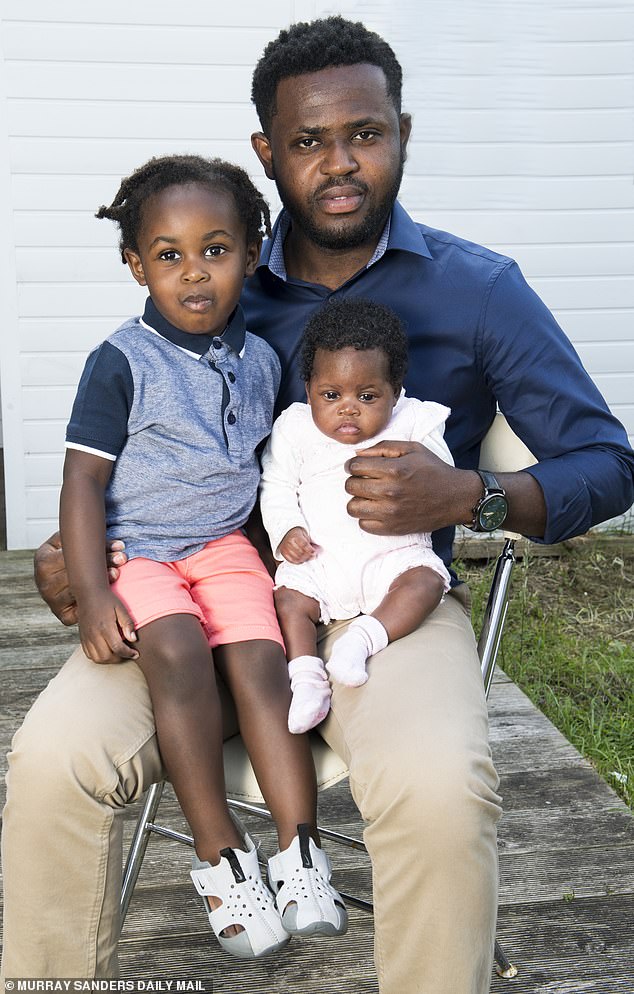 Mr Boateng, pictured with their children AJ and Mary, said his wife was scared of contracting Covid-19, even though in theory, she would have been at lower risk as she worked on a diabetes ward

Ms Agyapong was admitted to hospital with breathing difficulties on April 5 but was discharged later that day, and was readmitted two days later with coronavirus symptoms, at 35 weeks pregnant.

Surgeons safely delivered the baby, also named Mary, by Caesarean section before Ms Agyapong was transferred to the intensive care unit, where she died on April 12.

The preliminary cause of death was given as pneumonia and Covid-19.

Giving evidence to the inquest, Mr Boateng said: ‘Mary continued to work during this time (the start of the coronavirus outbreak), but she was very concerned about the situation involving Covid-19, so much so that when she came home from work she would take her clothes off at the front door and take a shower immediately.

‘She was very worried about bringing Covid into the home.’ 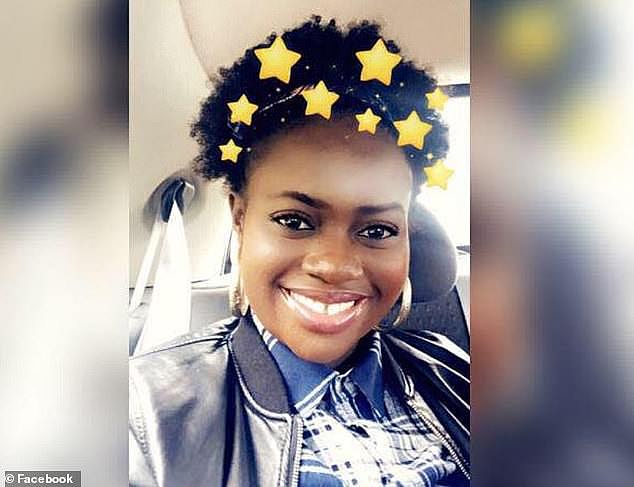 The Bedfordshire nurse tested positive for Covid-19 and died on Easter Sunday, five days after doctors delivered her baby girl, who is also called Mary, by C-section a month prematurely

Mr Boateng, a mental health worker currently studying for a Masters in law, said she also began sleeping in the spare room at the family home to protect her husband and their son, AJ.

Mr Boateng, 30, added: ‘She told me the staff were very scared about the virus because they were on the front line and likely to come into contact with Covid-19 patients.

‘I wanted her to stay at home. But due to high demand at the hospital, she had to continue working.

‘She tried to reassure me that everything would be okay but I could understand she was anxious and panicking deep down.’ 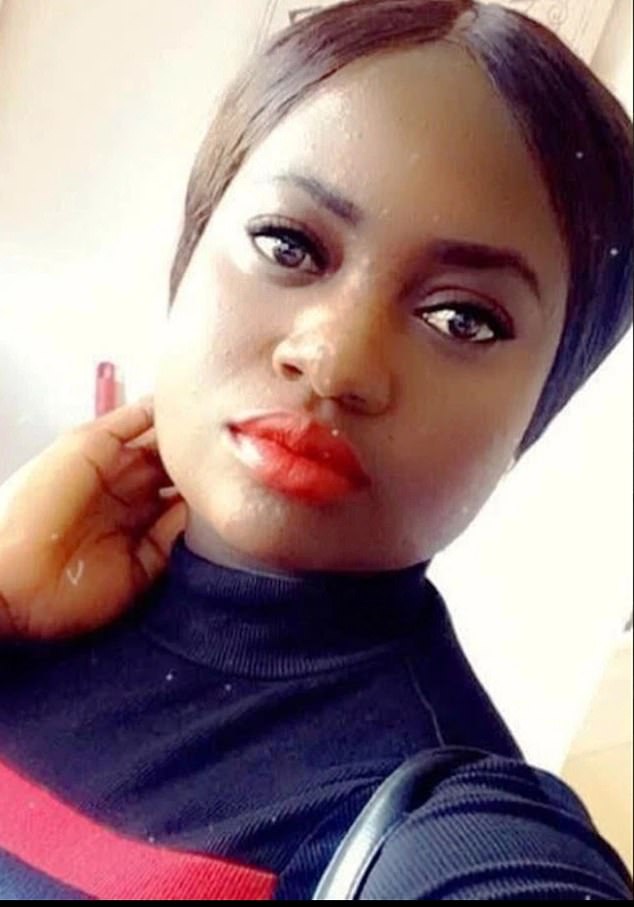 Mr Boateng claimed the hospital trust had suggested Mary had contracted Covid from her father who had died two weeks’ earlier. He told today’s inquest: ‘I can confirm Mary never saw him or anyone out of work or us.’

He went on: ‘I strongly believe Mary contracted the virus when she was at work. She did work on some Covid 19 wards.’

Ernest said the couple married in March 2017. There had been problems with the birth of their son and the second pregnancy with Mary was deemed ‘high risk.’ She was suffering from Anaemia.

He said: ‘Mary struggled with her pregnancy particularly in the third trimester. She continued to work very long shifts. She found it very tiring and difficult.

‘She was getting heavier, having back pain and swelling of her feet..’

He said: ‘My understanding is Mary was being pressurised to get back to work, as she had meetings about her sickness records earlier that year.’

Mr Boateng said he was not allowed onto the maternity ward to be with his wife when she gave birth to their daughter on April 7 and described the huge impact of her death on the family.

He said: ‘She was in ICU for 5 days. Her condition declined. I was getting more and more anxious. I felt helpless that I couldn’t see them.’

He took the baby home on 29th April and named her Mary in honour of his wife. 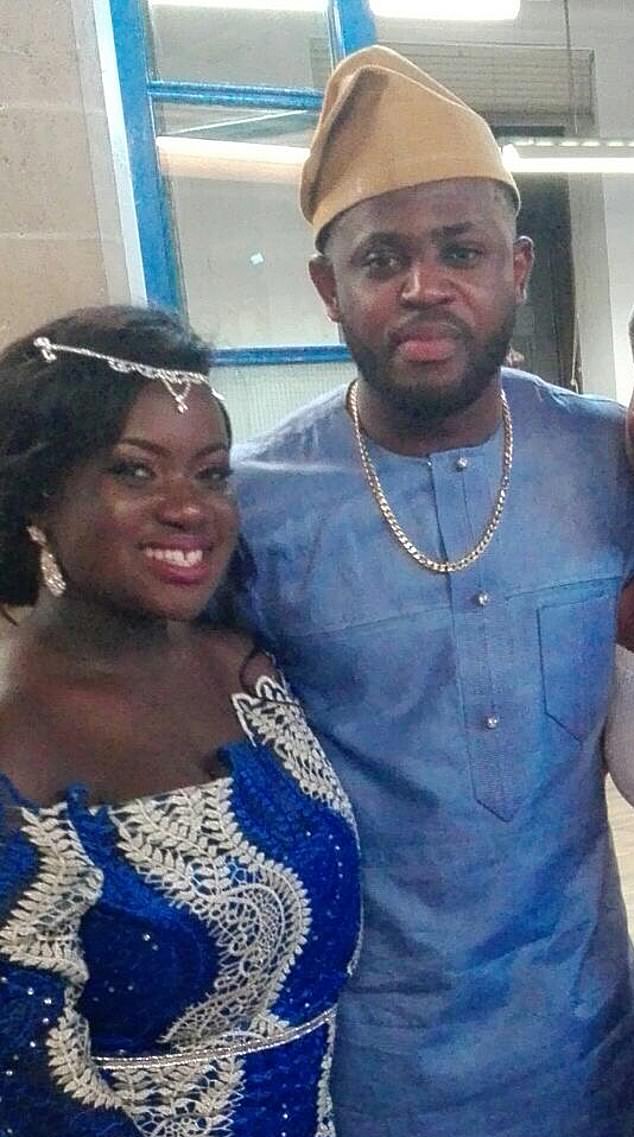 Mr Boateng, right, said his wife was unable to hold their newborn daughter as she was taken away immediately to reduce the risk of the infant contracting Covid-19

He said: ‘What was supposed to be a happy moment in our lives quickly changed into a traumatic and painful loss.

‘Every day my children have to deal with the loss of their mother and I feel helpless when AJ asks when he can see his mother again.’

Asked by his lawyer Martin Forde QC about the family’s movements in the weeks before her death, Mr Boateng said he did not have visitors to his home after 20 February except a friend who did not go in the house.

He agreed with Jonathan Holl-Allen QC, for the hospital trust, that his wife had not been at work since 13 March. 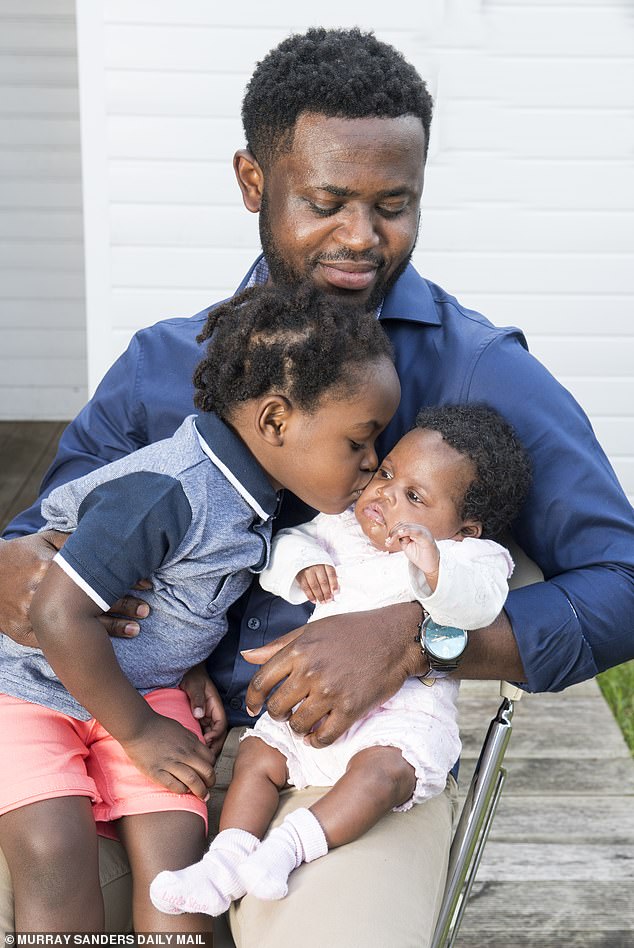 Mr Boateng claimed the hospital trust had suggested Mary had contracted Covid from her father who had died two weeks’ earlier. He told today’s inquest: ‘I can confirm Mary never saw him or anyone out of work or us’

At the time of her death David Carter, the chief executive of the Bedfordshire Hospitals NHS Foundation Trust, described her as a ‘fantastic nurse and a great example of what we stand for in this trust.’

Speaking to The Daily Mail last year, he said: ‘Mary was such a loving mother. We had this tradition when either of us was at work that we’d video call to see how the others were doing.

‘Mary always called on her break. AJ used to chatter away non-stop. You didn’t really know what he was saying, but Mary would pretend she understood every word and go: ‘Oh wow, really?’ Now, when he sees my phone, he gives it to me and says: ‘Daddy, I want Mummy.’ I think he believes Mummy’s at work. He doesn’t understand.’

A Go Fund Me page was set up for her husband and their children AJ and baby Mary. It raised a total of £187,039.

Inquest proceeding. It is due to continue on Wednesday and Thursday this week and Tuesday next week.