The dean of the City College of New York School of Law said she is retiring as atonement for referring to herself as a ‘slaveholder’ during a faculty meeting.

Mary Lu Bilek, 65, announced at the beginning of the year that she planned to step down in June, but now has she detailed the reason behind her departure, the New York Post reported.

Bilek said she dropped the ‘slaveholder’ reference at a personnel committee meeting in November as she took the blame for a hiring proposal some colleagues thought would have a ‘disparate racial impact.’

The group was discussing an open position for associate dean at the time.

‘In a misguided effort to draw an analogy to a model of reparations in order to place blame on myself, as Dean, for racial inequities at our school, I thoughtlessly referred to myself as the ‘slaveholder’ who should be held responsible,’ Bilek wrote in an email sent Saturday to the college community. 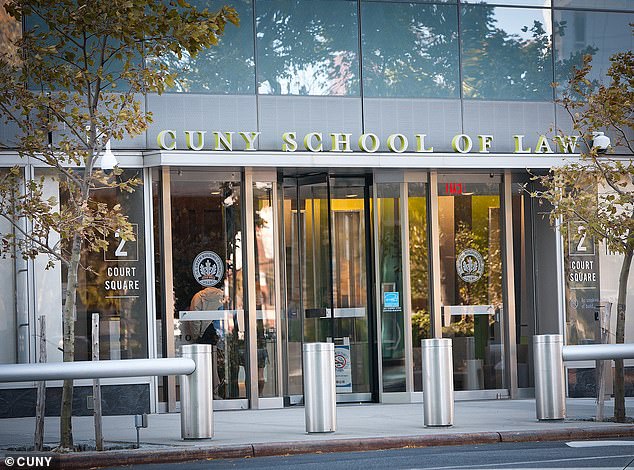 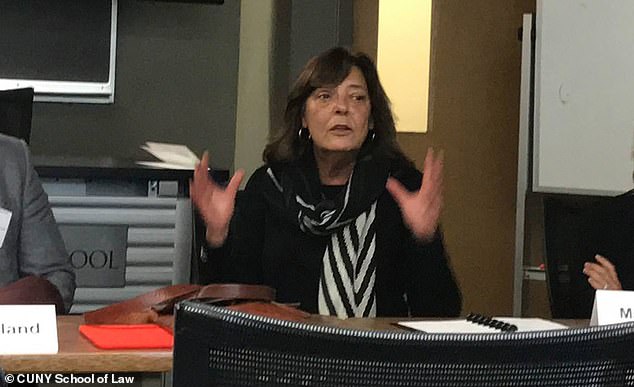 Bilek (pictured in 2016) had already announced plans to step down in June, but now has she detailed the reason behind her departure

‘I realized it was wrong the minute I heard myself say it and couldn’t believe the word had come out of my mouth,’ Bilek said, adding that she apologized immediately at the meeting ‘and have since apologized without reservation to the faculty.’

The school is part of the public university located in Long Island City area of New York City.

Bilek said her decision to step down stemmed from the remark.

She ultimately decided to retire ‘because the work it would take to repair the trust necessary to lead the Law School is a burden I don’t want to impose on the faculty or the community,’ she wrote.

Bilek, a Harvard Law School graduate, joined the faculty in 1985 and was later named associate dean for academic affairs. She rose to dean in 2016.

Bilek urged CUNY to appoint an interim dean ‘as quickly as possible so that I can step aside as Dean even sooner’ than she planned to leave, she said in her letter.

CUNY School of Law did not immediately respond to a request for comment.

The law school has exhibited a commitment to diversity, announcing in February 2019 that The National Jurist, a legal education news publication, had ranked the school at the top of its diversity ‘honor roll.’

The school posted a quote from the magazine that noted, ‘Nearly half of its students are minorities. More than one-third of its faculty is diverse.’

The National Jurist gave CUNY Law School its top spot on a 2019 honor roll for diversity. The list is determined by ‘evaluating the percentage of minority faculty members and the percentage of students in five racial groups and comparing those to national averages’