Matt Gaetz’s friend Joel Greenberg has been cooperating with federal prosecutors since last year, according to a report on Tuesday night, and has told them that they both gave women cash and gifts in exchange for sex.

Greenberg, a 36-year-old former tax collector, is currently in jail in Florida, awaiting trial on 33 counts including sex trafficking of a minor and fraud.

On April 8 Greenberg’s lawyers said that he was cooperating, and was prepared to take a plea deal.

The New York Times reported that he has been cooperating since December.

They also reported that he told them he and Gaetz, 38, had both paid for sex. 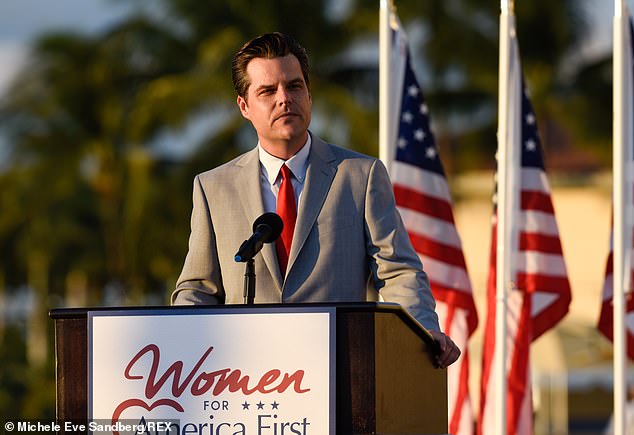 Gaetz is seen on Friday at a ‘Save America Summit’ at Trump’s resort in Doral, Florida

Gaetz has denied paying for sex, and insisted that, as an adult, he never had sex with a 17-year-old girl.

Gaetz on Tuesday was back in Washington DC, and refused to answer whether he was cooperating with a House Ethics Committee inquiry, which was opened on Friday.

Asked by CNN, on leaving Congress, if he had a statement, he said: ‘I think you can read my statement in the Washington Examiner.

‘I think you can check out the work that your network has done to propagandize lies about me. I think that really ought to concern you.’ 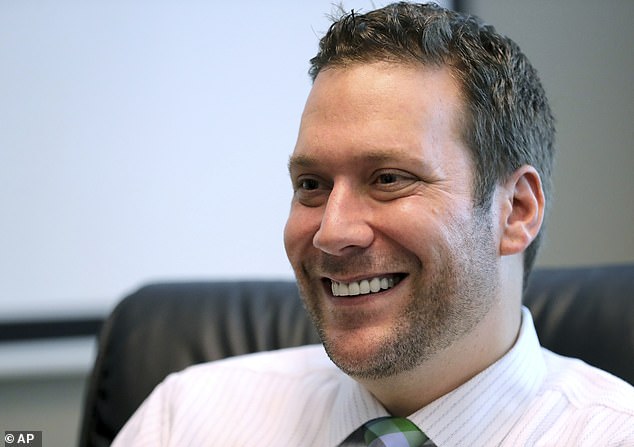 Gaetz was referring to a story by Project Veritas, a media watchdog, which filmed a technical director at CNN saying that their coverage of Gaetz was designed to hurt him.

‘The agenda is to get Matt Gaetz right now,’ said Charlie Chester, a New York-based cameraman for the network.

‘He’s a problem for the Democratic Party because he’s so conservative and he can cause a lot of hiccups in passing of laws.

‘We’re going to keep running these stories to keep hurting him.’

The Florida congressman and his allies were enraged by a CNN story on Sunday, which reported that Donald Trump had refused to see Gaetz.

Gaetz is among the most fervent supporters of the former president, and has long been determined to remain in his orbit. 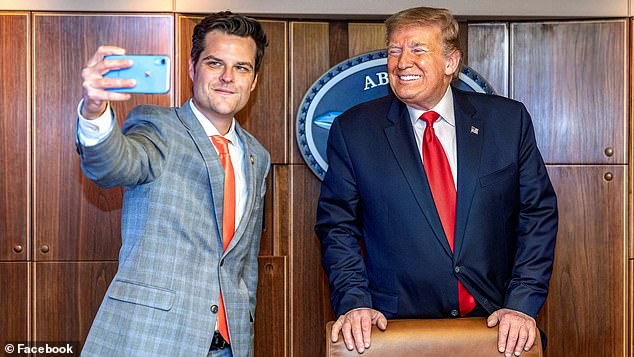 Gaetz, one of the former president’s biggest fans, fiercely denied being rejected by Trump 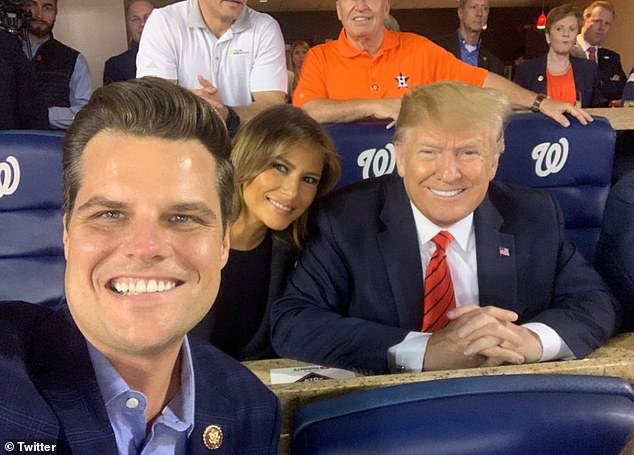 Gaetz, seen taking a selfie with the former president, was reportedly snubbed by Trump 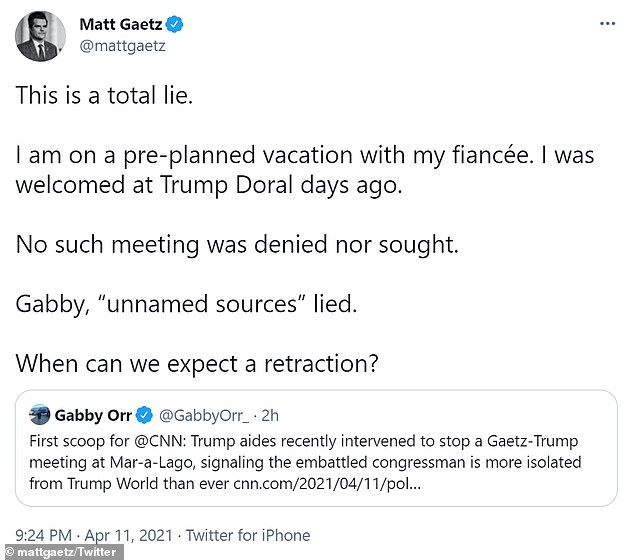 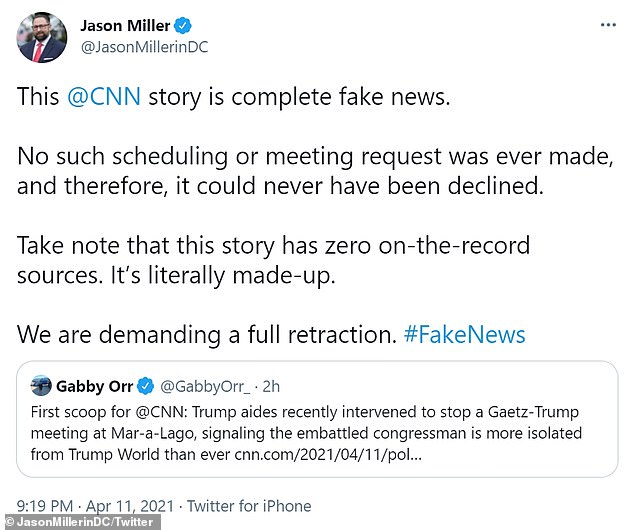 Gaetz insisted he neither sought a meeting with Trump, nor was he rejected.

‘Fake News CNN, relying on all anonymous sources, meaning they probably made the whole thing up, wrote a very dishonest story claiming Congressman Matt Gaetz asked for a meeting with me at Mar-a-Lago, in Palm Beach, Florida, and was denied.

‘This is completely false,’ he said.

CNN stood by its reporting, however.

Last week Maggie Haberman, The New York Times’ White House correspondent, told CNN that her sources told her Trump had been warned to keep his distance from Gaetz.

‘His first impulse was that he wanted to defend Gaetz, you know: ‘He’s one of our people,” said Haberman.

‘They have been very close, and it’s been because Gaetz is a presence on television, he’s from Florida, and he’s willing to defend Trump vocally no matter what happens.’

Trump on Wednesday had issued not a full endorsement, but rather a carefully-worded statement saying that Gaetz never sought a pardon from him, personally.

The New York Times reported that Gaetz asked the White House for a pre-emptive pardon.