Des the wedge-tailed eagle likes to dine at the table, once survived eating a cane toad and performs amazing exhibitions of flight for a growing audience on his own Instagram account.

The 20-year-old predator is a ‘people bird’, said his handler Mark Culleton, who features Des in the Birds of Prey show at O’Reillys Rainforest Resort in the Gold Coast hinterland.

‘I’ve got a couple of eagles that aren’t suited to travel,’ said Culleton, ‘but Des loves travel, he loves people and being inside. He almost demands attention. He’s always been a high maintenance bird.’ 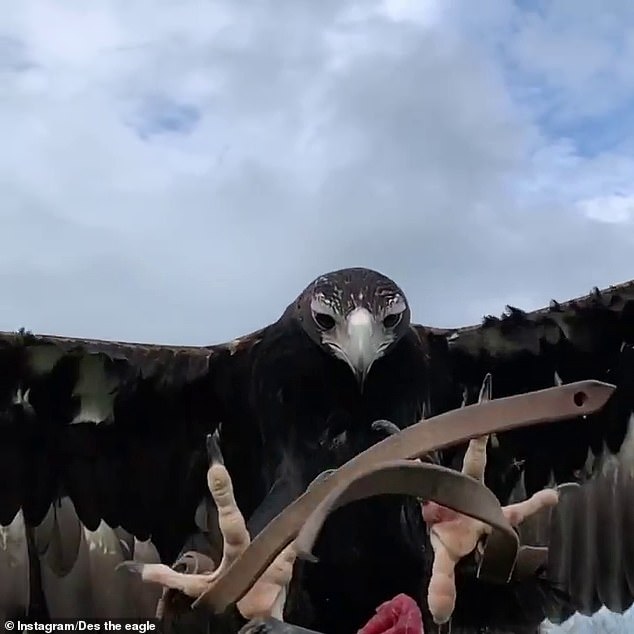 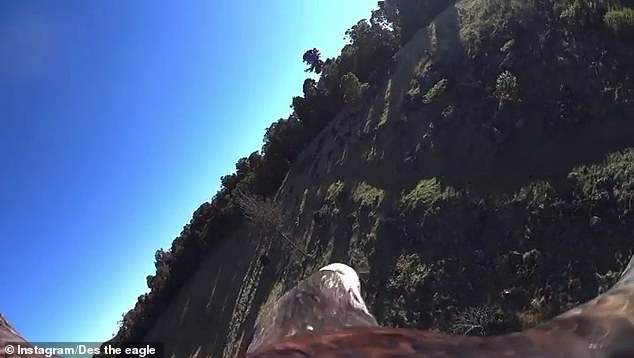 The temporary closure of the show at O’Reillys due to COVID-19 was the reason for Des to start an Instagram account, where Culleton posts amazing clips of the bird’s prowess in flying, swooping and landing. Wedge-tailed eagles are the largest bird of prey in Australia.

‘With the extra time I decided to start doing some different things with Des and the reaction has given me motivation to keep doing it,’ he said.

Culleton was given Des as a chick at Desert Park near Alice Springs. He believes he had been confiscated from a local indigenous community.

The wedge-tailed has since developed a taste for eating inside at the table with the humans.

‘If there’s an apple or a piece of pizza on the ground, he doesn’t notice it,’ said Culleton. ‘But if it’s on the bench or a table, he associates it with being edible and he’ll eat it. 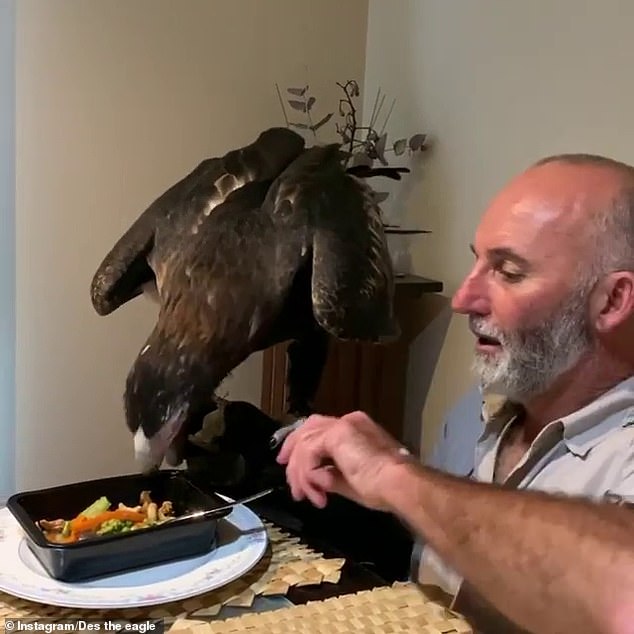 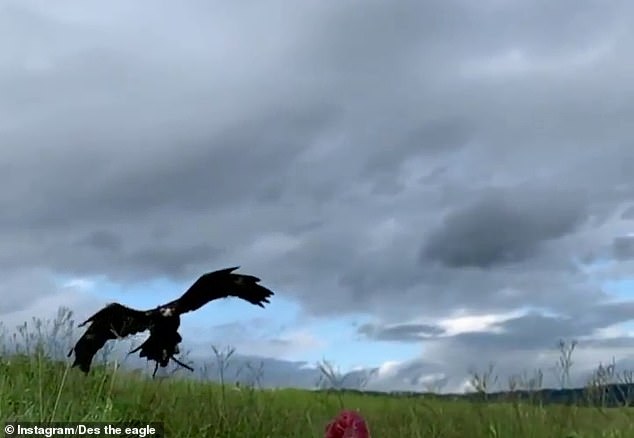 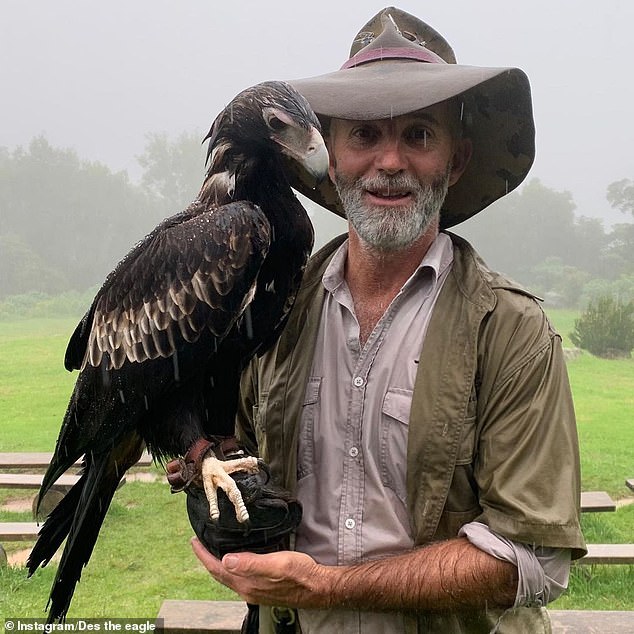 Mark Culleton has had Des since he was a chick, after finding him an Alice Springs

‘He has eaten a cane toad and we took him to the emergency vet. They thought he was dead on arrival when but eventually he regurgitated it and recovered.’

The quality of Des’ Instagram posts are dependent on weather, location and the presence of wild eagles, said Culleton.

‘Sometimes I’m excited about a particular location and we get there and the wind is not what we expected, or a wild eagle is flying around… they’re territorial and just push him to the ground.’