School uniforms are ‘repressive’ and should be abolished to allow pupils to ‘find their own style’, ministers have been told.

Peers offered their support to a new law which aims to make uniforms more affordable in England by legally requiring schools to keep branded items, such as blazers, to a minimum and to make arrangements for second hand items to be available.

The Earl of Clancarty told the Lords he supported the proposals to cut costs, contained within the Education (Guidance About Costs of School Uniform) Bill, before adding: ‘Better still, get rid of school uniforms.

‘They’re an outmoded idea, ultimately a repressive aspect of the educational system itself, designed to keep children in line and indeed, in effect, part of the wider educational policy working against a child-centred approach to education. No school has to have a school uniform. 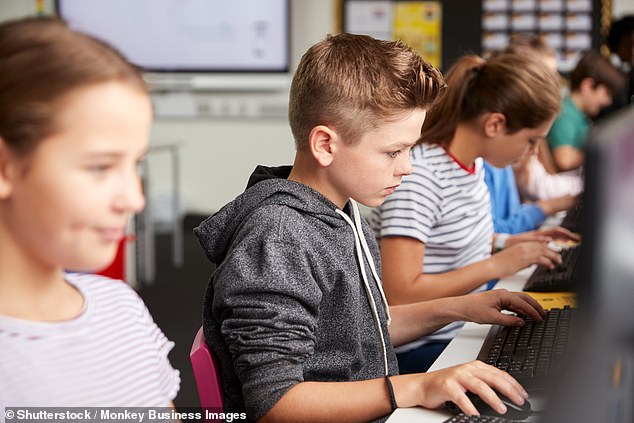 Earl of Clancarty spoke to the Lords in support of proposals to cut the costs of school uniforms, even suggesting abolishing them all together. Picture: Stock

‘Nevertheless the Government does not take a neutral stance on this, strongly recommending that schools do have one.

‘Moreover, in their guidance, the department states that a school uniform policy ‘flows from the duties placed upon all governing bodies by statute to ensure that school policies promote good behaviour and discipline amongst the pupil body’.’

He said his 16-year-old daughter attends a school with no uniform.

Lord Clancarty went on to read a quote from his daughter, in which she said: ‘Thank God I don’t have to wear a school uniform. I wouldn’t be able to express myself every day.’

The independent crossbench peer also said of school: ‘It is the right place for teenagers in particular to test out what to wear and find their own style, and that is itself an important part of education.’

Lord Clancarty added he believes uniforms make it ‘particularly easy’ to identify the poorest children and are ‘not a means of levelling up’, noting: ‘Whereas over 90% of schools in England insist on school uniforms, a much lower percentage of parents – around 67% – are in favour of them. 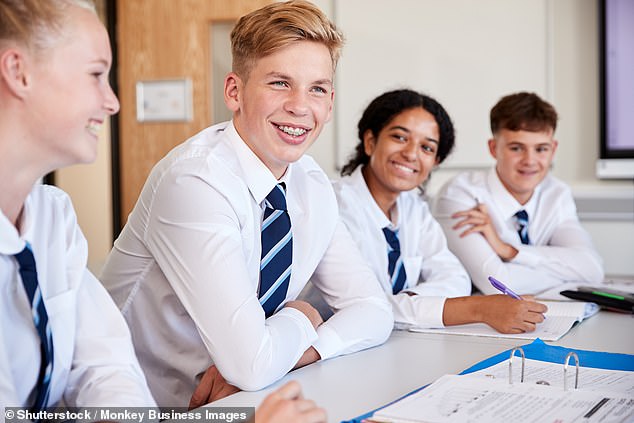 Not all of the Lords supported the suggestion, including Lib Dem education spokesman Lord Storey recalling a school he worked in in a deprived community which removed uniform but it led to competition between pupils. Picture: Stock

‘There is increasing school uniform scepticism and the Government and schools should listen to those voices.’

But several peers disagreed with the Lord Clancarty.

Liberal Democrat education spokesman and former teacher Lord Storey recalled working in a school in a deprived community where the headteacher and governor did ‘not believe in school uniform’.

He explained: ‘It led to competition for the latest designer clothes, the latest sweatshirts, t-shirts, trainers or whatever it was.

‘This created great upset amongst the pupils and those who couldn’t afford the latest ‘gear’, as they called it, often were name-called and bullied.’

Email your opinion on the proposal to [email protected]

Education minister Baroness Berridge said: ‘The Government does encourage schools to have school uniform because of how it can contribute to the ethos of the school and create a common identity among pupils.

‘As many Lords have said, it is a social leveller so I have to also disagree with Lord Clancarty.’

On the Bill, Lady Berridge said the guidance is expected to be issued to schools in the autumn and they should begin thinking about making changes, with peers calling for a phased introduction.

The legislation would make guidance given to schools about cost of uniform policies legally binding, with the minister saying schools will be expected to limit the use of branded items to low-cost or long-lasting pieces of uniform.

Lady Berridge added: ‘The guidance will also provide information to schools about ways they can achieve the benefits of a branded item while also keeping costs to parents low… this might involve the use of sew-on or iron-on logos, amongst other approaches.’

The Bill received an unopposed second reading and will undergo further scrutiny at a later date.

One MailOnline reader said: ‘No I don’t think school uniform should be abolished. Coming from a deprived area myself it would put too much pressure with children turning up in designer clothes and those children that can’t afford designer wear would be teased and bullied. Also it’s respect for the school as well.’

Another said: ‘I was in a school where we had uniforms but we would occasionally have free dress day. I hated free dress day as it highlighted I was poor.

‘While it was noticeable I wore a second hand uniform – I rarely got remarks on it but on free dress day then I had to put up with the teasing.

‘At least with a second hand uniform I did not have to worry that I was so poor that I did not own a pair of jeans, or that my style was clothes were really “uncool”.

‘For those who want to express themselves – you can express yourself after school and weekends but being poor is 24/7.’

Sharing their opinion, another reader said: ‘School uniforms were designed to stop the poor being singled out from the rich. It’s all very well being able to express yourself if you’ve got loads of outfits to choose from but if you’re a parent with no money how do you afford different outfits for your children to choose from?

‘School uniform allowed me the dignity to blend in and not be singled out. It gave me a cover, a unity, a way to feel equal.’