A Missouri hunter shot a hiker after mistaking him for a turkey just before 12:30pm on Saturday.

The male hiker received one bullet to the chest and was airlifted to hospital where he is in a stable but critical condition.

He was walking the Lewis Trail loop at the August A. Busch Memorial and Weldon Spring Conservation Area on the penultimate day of the turkey hunting season in Missouri when the accident happened. 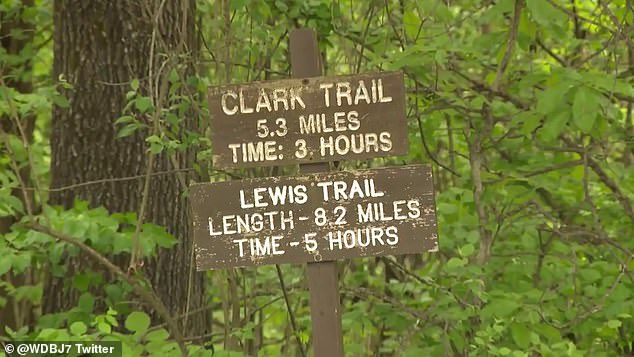 A Missouri hunter shot a hiker on the Lewis Trail (pictured) after mistaking him for a turkey just before 12:30pm on Saturday

The man was then put in a helicopter and transferred to a nearby hospital.

A witness told reporters she saw ‘a hunter with a large rifle, dressed head to toe in camouflage clothes’, and heard ‘voices’ before the shot rang out.

She said paramedics placed the injured hiker on a stretcher and covered him with yellow tarpaulin, leaving only his torso visible.

‘He didn’t have his shirt on and paramedics were working on him’, she said, adding that a man dressed in camouflage was standing nearby.

Neither the hunter nor the victim have been identified by police. 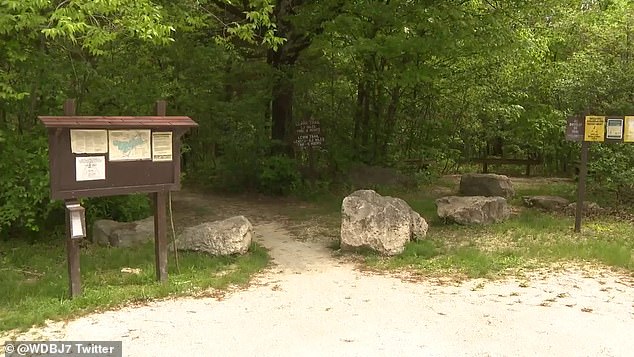 The victim was walking the Lewis Trail loop at the August A. Busch Memorial and Weldon Spring Conservation Area when the accident happened

Nancy Phillips of St. Louis, who frequently hikes the Lewis Trail loop, said she believed it was a freak accident.

‘I always purposely wear my bright colors, so no hunters mistake me for anything,’ she said.

Sunday was the last day of the state’s turkey hunting season. There were signs warning hikers the hunt was going on until 1 p.m. on Sunday at the entrance to the trail.

An investigation into the incident was opened by the Missouri Department of Conservation and is ongoing. 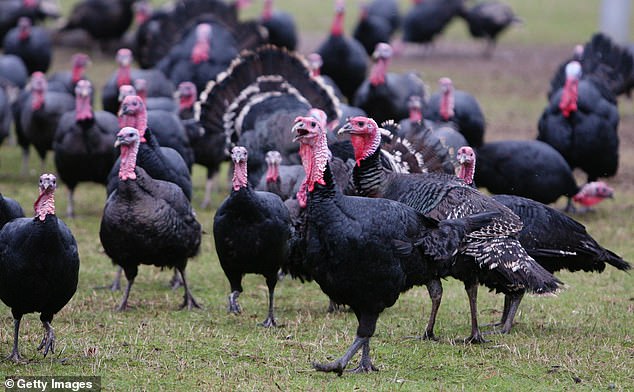 Sunday was the last day of the state’s turkey hunting season in the state of Missouri (pictured, turkeys in Norfolk, England)