Chrissy Teigen has been sharing her lavish family holiday with her 39 million followers on social media as she vacations around Europe with her children and recording-artist husband, John Legend.

The pregnant cover girl looked like the perfect model mom in an open-back red floral dress as she posed for a series of Instagram snaps standing with her family overlooking a lake on a scenic mountainside.

The model, 36, posed with her two children Luna, six, and Miles, four, and John, 43, who wore a dapper cream suit and shoes for the family outing. 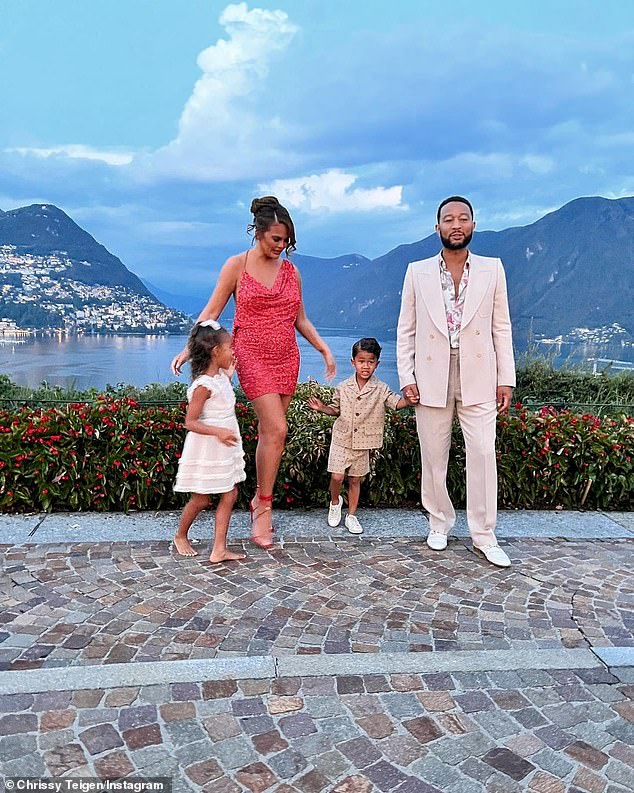 Family time: Chrissy Teigen has been sharing her lavish family holiday with her 39 million followers on social media as she vacations around Europe with her kids and John Legend 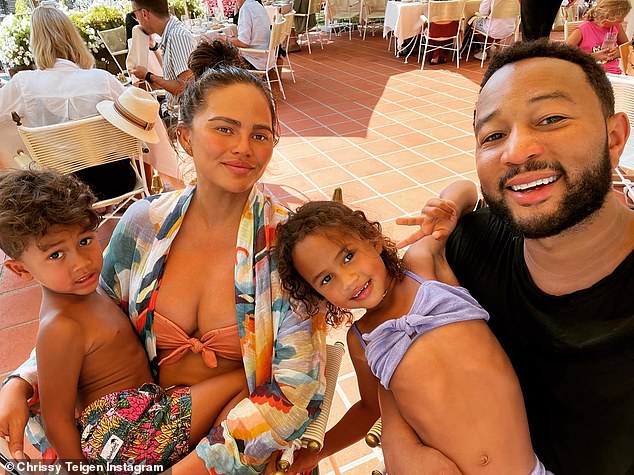 Family time: The model, 36, posed with her two children Luna, six, and Miles, four, and John, 43, who wore a dapper cream suit and shoes for the family outing

Legend has been out on the road touring through Europe this summer to promote the release of his upcoming studio album, titled Legend.

The U Move, I Move star has brought his children and pregnant wife along for the journey making it more of a working scenic vacation.

In between performances, the singer catches up with family and finds time to do a bit of sightseeing, which Chrissy has frequently been sharing. 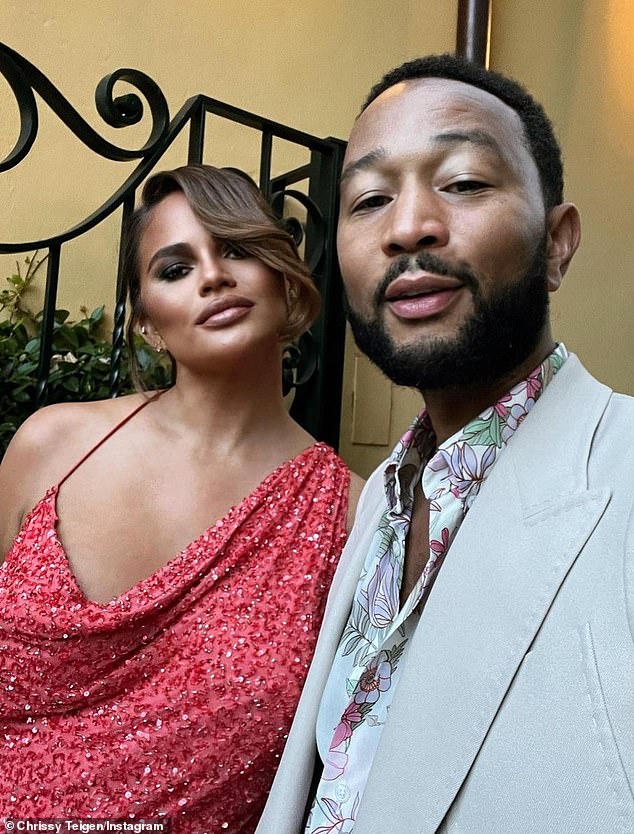 Glamours duo: During a brief break from his touring schedule, John Legend and his wife Chrissy Teigen decided to do a bit of sightseeing with their children in Europe on Monday 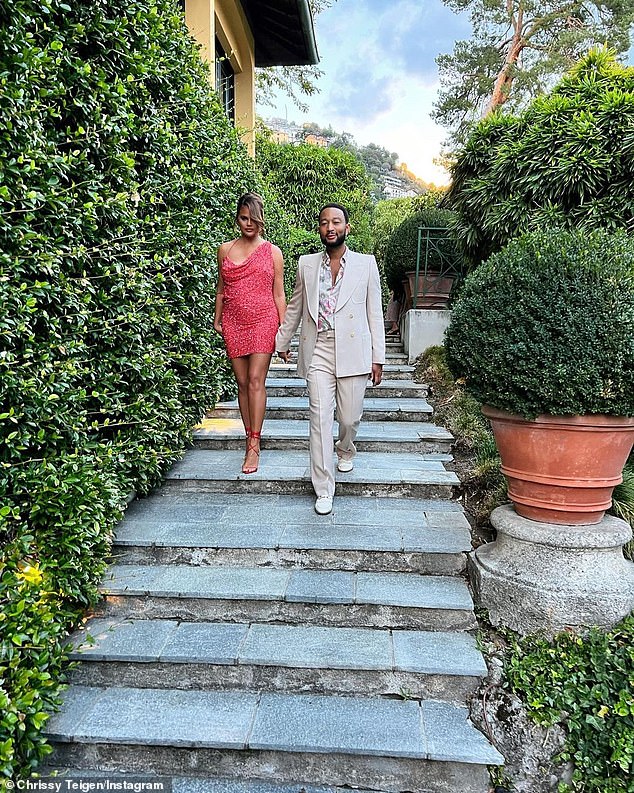 Big announcement: The model and television personality was glowing like only an expectant mother can be

This comes days after she took to Instagram to announce the couple is expecting another child, a rainbow baby, nearly two years after they lost their son, Jack, halfway through her last pregnancy.

Earlier this month, she announced in a lengthy caption that she admitted the last few years ‘had been a blur of emotions’ following the loss of their infant son Jack midway through the previous pregnancy and their subsequent battle to conceive via IVF and she was hesitant about making the announcement publicly.

The model said that while it has been tough to keep her pregnancy a secret for so long, she was understandably ‘very nervous’ about every appointment or scan she attended because of her past heartbreak. 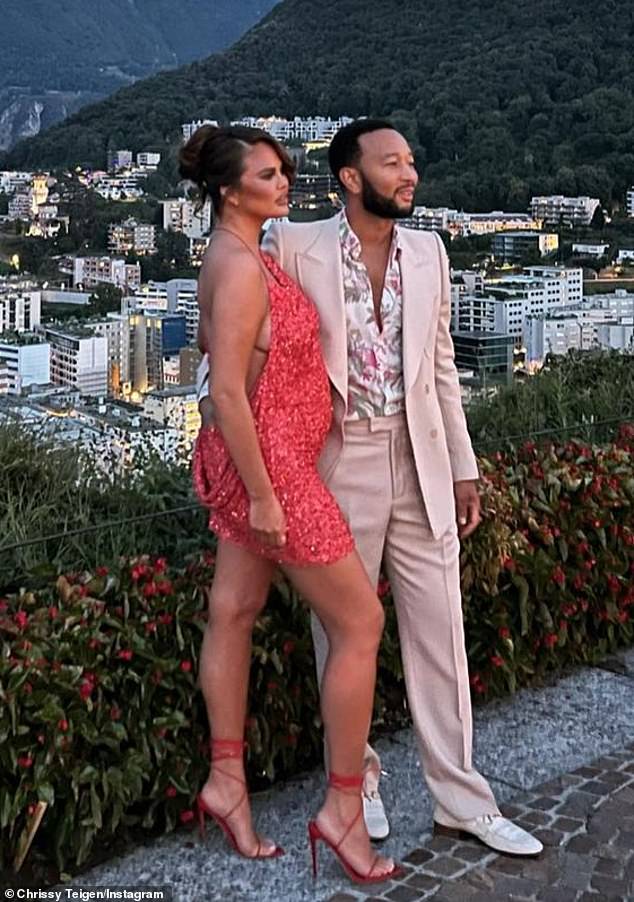 Scenic: Chrissy couldn’t have looked any happier as she shared a range of joyous snaps during her trip 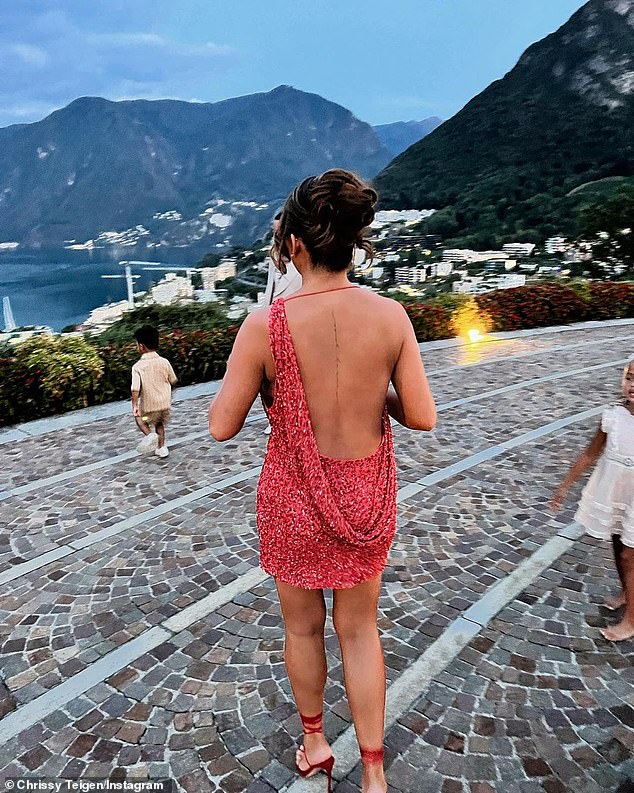 Let the children play: Pregnant Chrissy Teigen, 36, looked sensational in a open-back red short dress as her children ran around her playing

Despite her nerves, the star rejoiced in feeling ‘hopeful and amazing’ as she navigated her journey to motherhood.

Earlier this month, the expecting mother revealed on Twitter that she sold a scripted series to HBO Max this year after navigating a return to public life and attempting to move on from her cyberbullying scandal, in which she was accused of having told the then-teenage Courtney Stodden over private message to commit suicide.

Teigen was also recently an executive producer of the HBO Max documentary miniseries The Way Down, detailing the abuse allegations against the late founder of a Christian diet program. 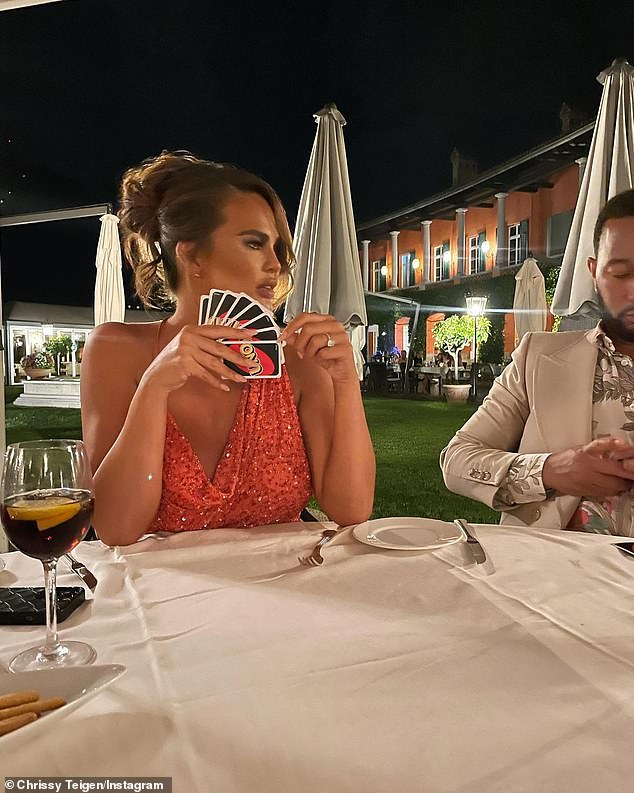 Cards anyone: The model, who is expecting her third child with husband John always seem to be having fun and played a game of cards at the dinner table 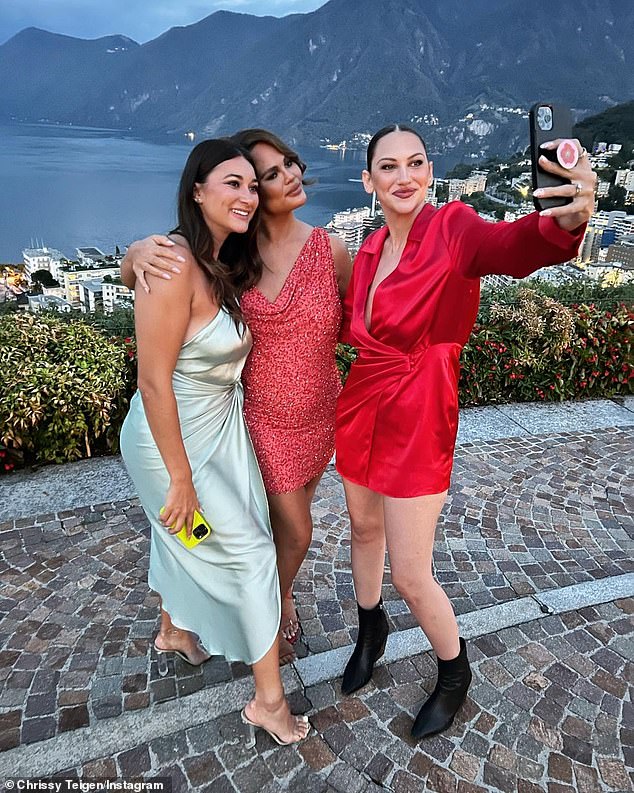 Selfie-time: posing with friends amid the beautiful European backdrop 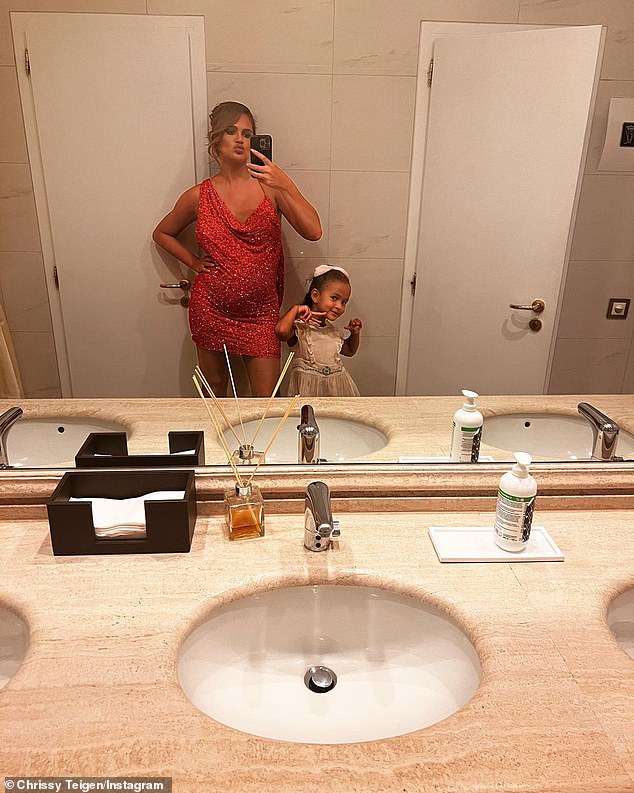 Baby news: After being hesitant at first, Chrissy Teigen decided it was time to go public about her pregnancy on Thursday in an Instagram post recently