A retired teacher drowned in a water butt in his garden after suffering from such severe insomnia that he became convinced he had a brain tumour, an inquest has heard.

Robert Steel, 65, was found face down in the four-foot deep tank at the back of his £700,000 home in Downton, Wiltshire, last August following months of struggling to sleep.

After he disappeared, an initial search by police failed to find Mr Steel but his stepdaughter then spotted his feet sticking out of the top of the butt.

Today, a coroner heard that the Mr Steel – a Green Party council candidate – had convinced himself he was suffering from a number of ailments, including diabetes, coronavirus and brain cancer. 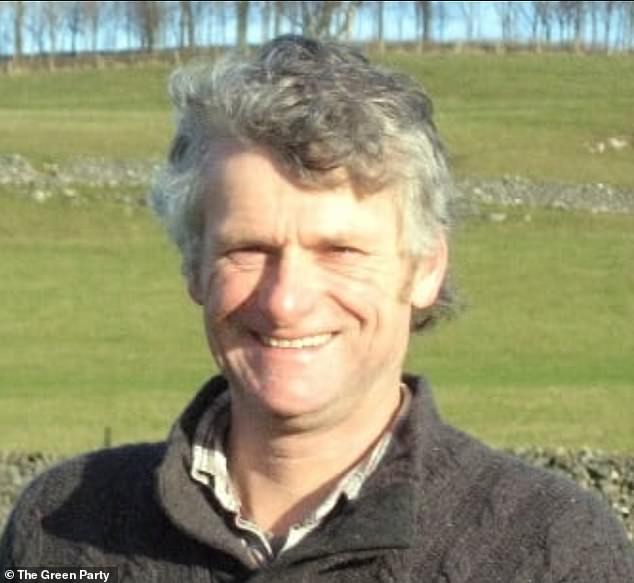 Robert Steel, 65, was found face down in the four-foot deep tank at the back of his £700,000 home in Downton, Wiltshire, last August following months of struggling to sleep

Mr Steel stood for the Green Party in the 2017 Wiltshire Council elections and was described by party member Michael Pope as ‘a lovely chap – a great chap’ who was ‘a very active member of the Green Party’.

He had taught at Wallington Boys school for 30 years, a grammar school in London.

Today at Swindon and Wiltshire Coroners Court in Salisbury his wife Jacqueline Coussmaker said that after he developed severe insomnia her husband kept self-diagnosing and called for an ambulance three times.

In a statement read out by Area Coroner Ian Singleton, she said: ‘I met Robert 11 years ago and we moved to Downton five years ago. We were both retired teachers.

‘He was an extremely sociable person and an active cyclist. He was involved in local politics and environmental issues.

‘In September October 2019, he started to suffer from insomnia. He went to the doctor who prescribed him sleeping tablets but he didn’t want to get addicted to them so didn’t want to take the full dose.’

She added that he was becoming more and more anxious, which was made worse by his internet use as ‘he searched insomnia on the internet which led him to believe he had fatal insomnia’.

She told the court that ‘anxiety and stress caused him to be mentally unwell’ and he began self diagnosing himself with several ailments. 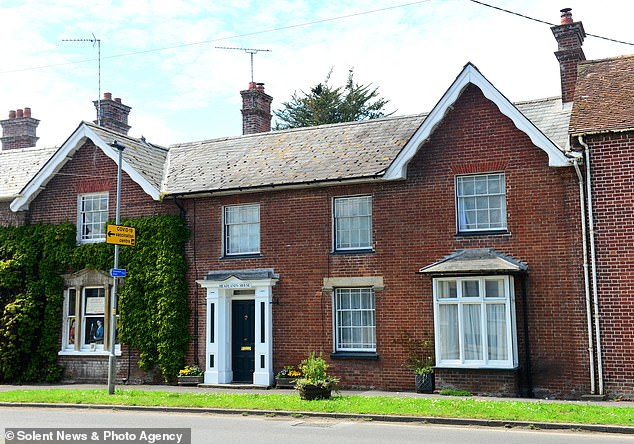 After he disappeared, an initial search by police failed to find Mr Steel but his stepdaughter then spotted his feet sticking out of the top of the butt. Pictured: Mr Steel’s home

She said: ‘He called for an ambulance at least three times. Doctors couldn’t find a problem.

‘Three months before he died he changed doctors. They saw him as a hypochondriac as he was always contacting them.

‘He read that lack of sleep could cause diabetes. His fear of diabetes led to him losing a stone and a half in a few weeks, partly due to him almost completely cutting out carbohydrates from his diet.

He even had a CT scan to test for a brain tumour he was convinced he had and asked to be sent to a stroke clinic in case he had a TIA [a transient ischaemic attack or ‘mini stroke’] despite doctors finding no evidence of this.

On his way back from one doctor’s appointment, Mrs Coussmaker said her husband was constantly applying hand gel as he ‘felt sure he had picked up coronavirus’. 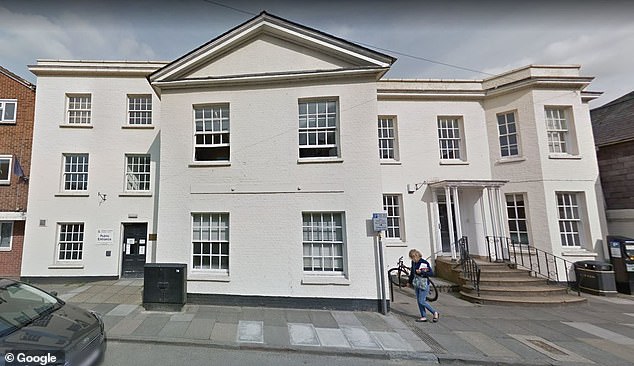 She described how she reported her husband missing at about 8am on August 11 last year after last seeing him in their garden.

Police searched the house and garden but could not find him. It was not until Lucie Coussmaker, Robert’s stepdaughter, travelled from London to support her mother that he was found in the water butt.

She noticed his shoes sticking out of the tank and found him in there, face down, head first, fully submerged in the water.

His stepdaughter described him as ‘very outgoing and active’ but knew that he ‘wasn’t sleeping well’.

She said: ‘He seemed preoccupied with his lack of sleep. He did online CBT and paid for an online therapist who dealt with sleep issues.’

A post mortem examination gave Mr Steel’s cause of death as drowning.

In a statement read out by the coroner, Dr Paul Borrelli, who had been treating Mr Steel at Downton Surgery since April 2020, told the inquest he had been prescribed medication for anxiety and insomnia.

He explained that Mr Steel was not fully cooperating with psychiatric services, because ‘he was keen to be investigated for a physical problem’.

Mrs Coussmaker told the hearing: ‘I feel disappointed by Downton Surgery, I feel they didn’t take his condition seriously and saw him as a hypochondriac.’

The inquest was adjourned to a later date so that Dr Borrelli could appear as a live witness.

For confidential support call Samaritans on 116 123 or visit samaritans.org