A teenage TikTok star with more than five million followers says becoming an influencer has left her lonely and depressed – despite making a good living working just three hours a day.

Rory Eliza is among a legion of rich social media entertainers who make multiple videos a day for the popular platform, owned by the Chinese ByteDance group.

In an interview for the ABC, the 19-year-old influencer said her life was far from easy despite being paid well and earning good money. 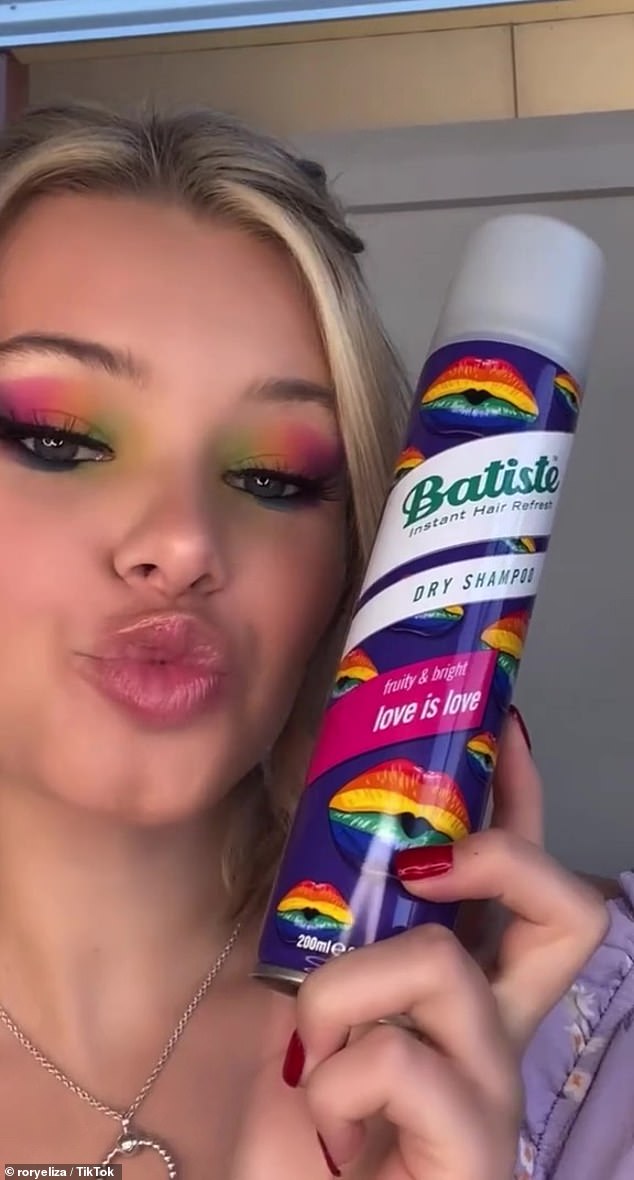 Eliza said her make-up, glamour and product endorsement videos made her a ‘very, very decent’ living from advertisers.

Her father Daniel said she could earn in minutes what takes him days, even though his daughter left school in year 11 to be a TikTok personality.

Unlike people with an hourly or salaried job, Eliza makes four short videos a day from her bedroom, leaving her with plenty of spare time – like an athlete who only trains in the morning.

‘That’s a good three hours in my day and then I’ve got another eight hours and I’m like, “what the heck am I going to do for the rest of the day?”,’ she told the ABC’s Four Corners.

‘I can’t ring up my friends like, “yo, want to hang out?” because they’re at work.

‘So it definitely gets lonely at times and sometimes if you’re reading the hate comments and the stress load, it can be so much for your body and you’re just overwhelmed and you’re lonely.

‘So that can also creep into depression.’ 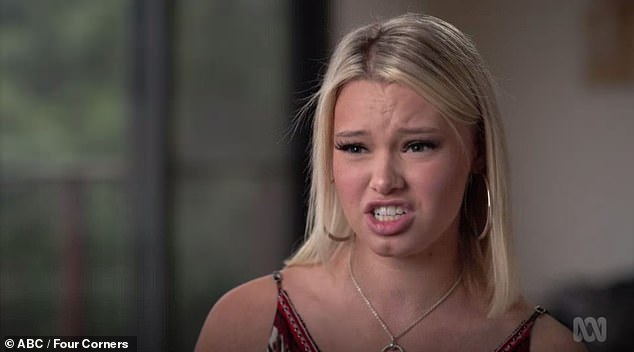 Rory Eliza is among a legion of social media entertainers who make multiple videos a day for the popular platform, owned by the Chinese ByteDance group. In a tone deaf interview for the ABC (pictured), the 19-year-old influencer whinged about the difficulty of making lots of money working just three hours a day, as cashed-strapped construction labourers, taxi drivers and small business owners in Sydney are banned from making a living as part of a strict lockdown 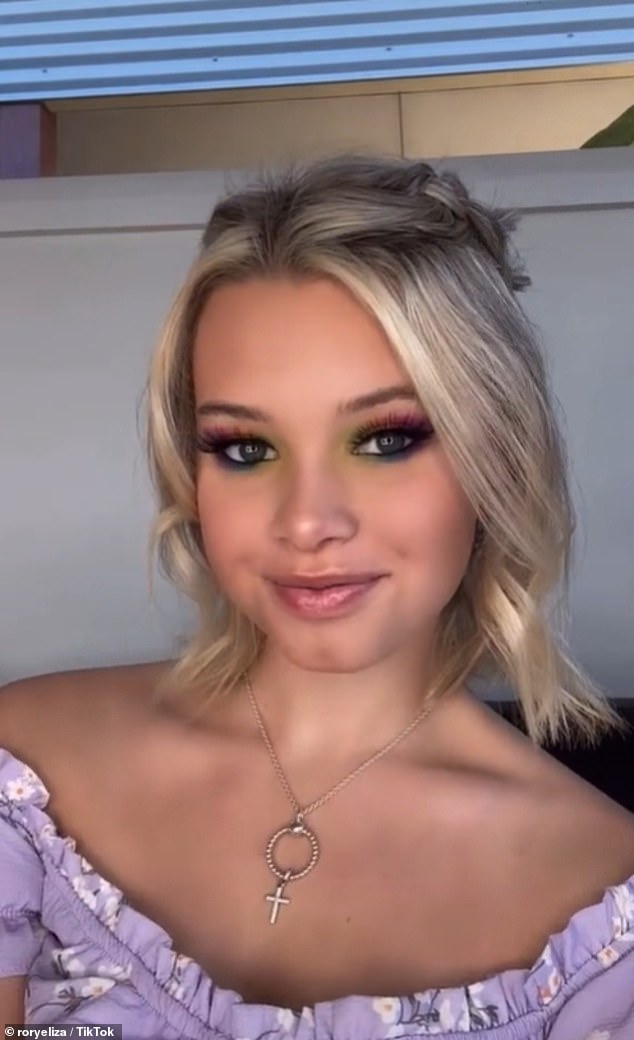 Eliza’s make-up, glamour and product endorsement videos make her a ‘ very, very decent’ amount to live off, with her father Daniel noting she can earn in minutes what takes him days

Her father Daniel admitted he was often envious of his daughter, who has 5.1 million TikTok followers.

‘It’s hard not to even be jealous sometimes because you look at our lives and we get up and we get to work and come home and she can earn money that can take us days to earn in minutes,’ he said.

Eliza classed herself as a high-income earner, particularly given how many hours she worked.

‘I’m in the medium to high range of incomes in Australia, so yeah, very, very decent,’ she said. 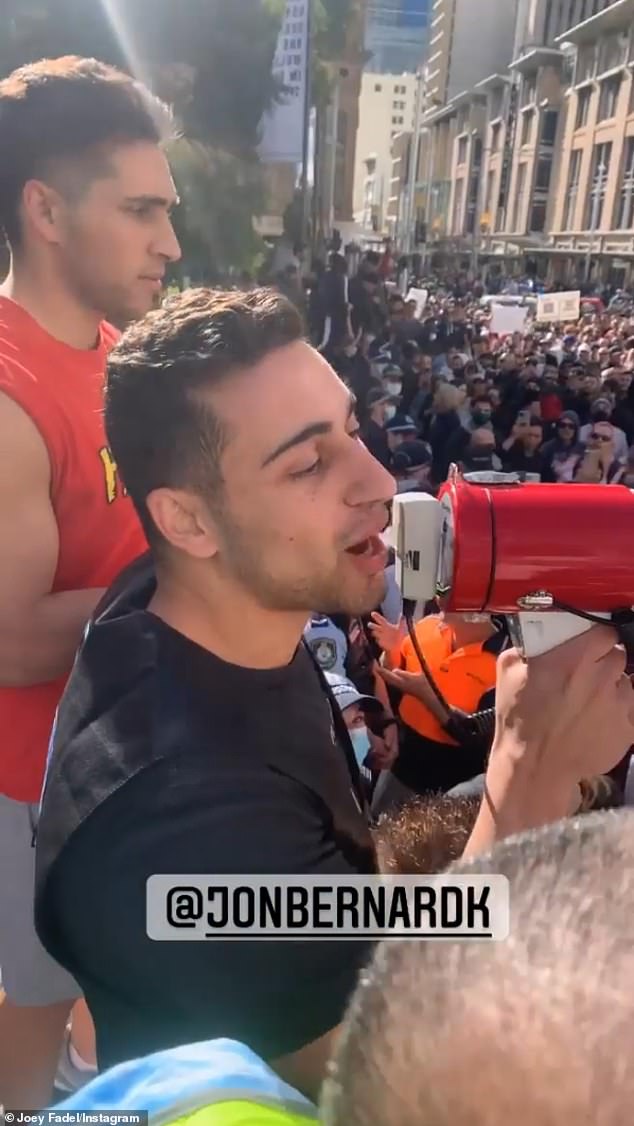 Jon-Bernard Kairouz, 24, gained a following on TikTok for correctly predicting the daily Covid case numbers in NSW hours before Premier Gladys Berejiklian announced them, and addressed the crowd at Sydney’s anti-lockdown protest on Saturday

TikTok stars gained notoriety over the past 18 months during the pandemic and increased local visibility since Sydney’s lockdown began on June 26.

He used his profile to join 3,500 protesters who demonstrated in Sydney on Saturday against Sydney’s lockdown, earning himself a criminal charge for disobeying a public health order.

TikTok’s links to China are also controversial with federal Liberal MP Andrew Hastie last year calling for the platform to be banned in Australia over fears the business would be forced to share data with China’s Communist Party government.