People should be encouraged to put more money into their pension pots once their children have left home, a think tank has suggested.

The Institute of Fiscal Studies has said there are a number of reasons why employees should be nudged into increasing their pension contributions as they age.

The organisation say that many employees experience earnings growth over their lifetimes, and would therefore prefer to save more at older ages when earnings are higher.

Parents would also be expected to save more for retirement after their children have left home and expenses are lower.

As part of its research, the institute has made several recommendations to the Government which it says should overhaul the pension system so that employee contributions reflect their circumstances.

The Institute of Fiscal Studies has said households should increase their pension contributions as they get older, when earnings increase, debts are cleared and children have flown the nest

The IFS has also suggested nudges to encourage individuals to increase their pension saving when their children leave home or when they finish debt repayments such as student loans or mortgages.

Rowena Crawford, an Associate Director at IFS and one of the authors of the report, said: ‘There are good reasons why individuals should not want to save a constant share of their earnings for retirement over their entire working life.

‘This does not make automatic enrolment, with its single default minimum contribution rate, a bad policy.

‘Default minimum employee contributions to workplace pensions that rise with age are an obvious option.

‘A smart, joined up, approach across Government could also involve employee pension contributions rising when an individual’s student loan repayments come to an end.’ 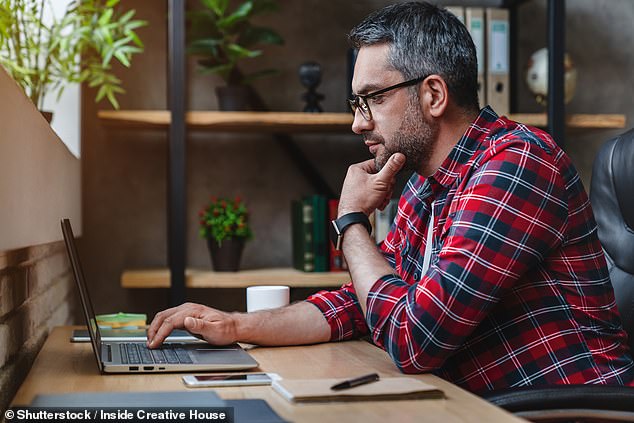 The think tank’s findings contradict the typical advice given to employees regarding their pension pots which usually suggests contributing to a scheme as early as possible so as to enjoy the benefits of compound interest – when the interest on savings is reinvested and accumulates over time.

But the IFS research suggests that the public’s earnings rise with age and experience and therefore they would have more to save as they get older and they clear debts such as mortgages and student loans.

Their work, which is being funded by the Nuffield Foundation, uses an economic model to illustrate how people would be expected to change their saving rates over their life in response to predictable factors.

This would mean making two thirds of their pension contributions after the age of 45.

Alex Beer, Welfare Programme Head at the Nuffield Foundation said: ‘This important analysis demonstrates how people’s ability to save can change as they age, as their earnings grow, and as their family circumstances change.

‘Policies to optimise pensions saving might therefore take a more holistic view of saving across the life course, to consider when and how to capitalise on opportunities to change the rate at which people save.’