‘Forensic artists’ in Scotland have reconstructed the faces of two people from Edinburgh who lived around 700 years ago.

A two-person team used fragments of skulls taken from the grounds of South Leith Parish Church in the Scottish capital’s north.

The skull fragments were digitally scanned to create a virtual 3D copy on computer software, which the team used to reconstruct other lost parts of each skull.

This skeletal reconstruction allowed the scientists to recreate facial features, like the size and shape of the nose and chin.

The facial reconstructions depict a man and a woman, both aged between 35 to 50 years at time of death, possibly as early as the year 1300.

Early forensic analysis indicates that the woman may have suffered from nutritional deficiencies. 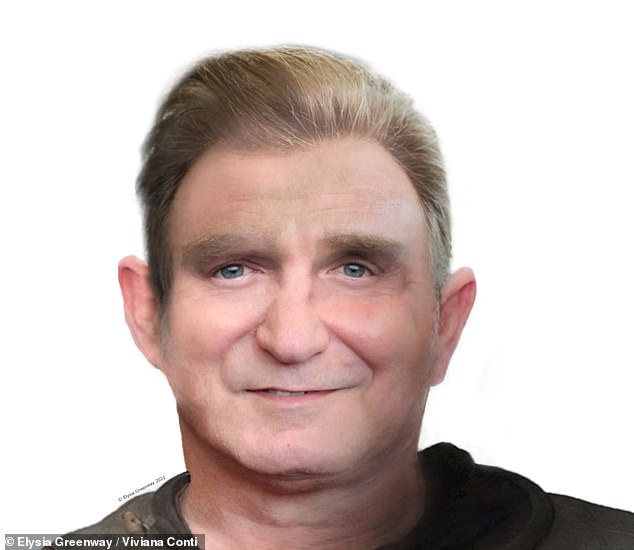 Facial reconstructions reveal what people living in Leith up to seven hundred years ago might have looked like. Pictured, the man, aged between 35-50 years at time of death 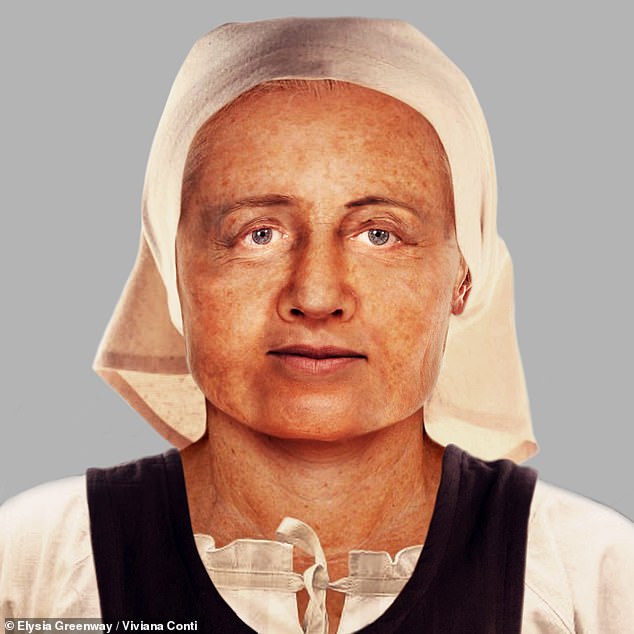 They say more of their reconstructions, based on other remains from South Leith Parish Church, will be revealed to the public in the near future.

‘We used Artec 3D scanners to digitise the skulls discovered during excavations outside South Leith Parish Church,’ said Greenway on her blog.

‘We have digitised, analysed and reconstructed multiple reconstructions, however, currently only a handful have been released to the public – watch this space for more faces from our shared past!

‘The facial features, such as the nose, were estimated by reading the skeletal features and employing various calculative techniques.’

For the images, fine details, such as the the hair, colouring and wrinkles, were added via Photoshop.

Greenway also ran the image of the man through MyHeritage’s deepfake tool to bring the ‘medieval individual to life’. The results are on her blog.

John Lawson, archaeologist for the City of Edinburgh Council, told MailOnline that the two skulls used for the reconstructions are still in the process of forensic assessment and are due for carbon-14 dating. 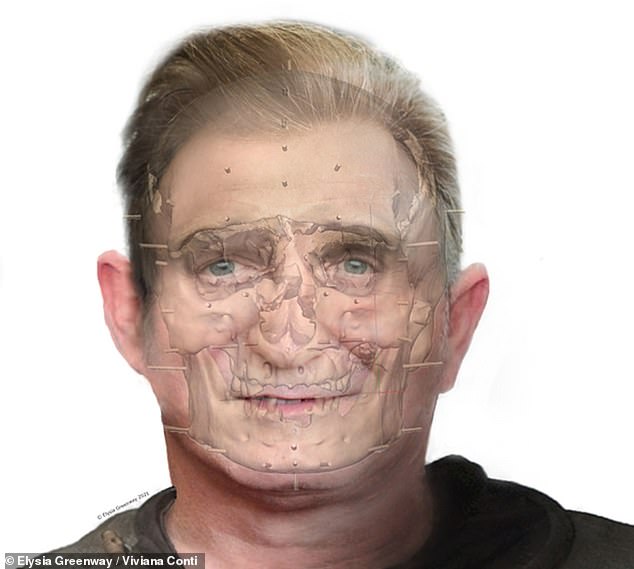 The skeletal remains were uncovered during the excavation of the medieval graveyard, dating back to between the 14th and 17th century, as part of the Trams to Newhaven project, which is adding an extra three miles to Edinburgh’s tramline.

Excavations were carried out in summer 2020 outside the church, which is on Constitution Street in Leith.

Previous investigations at the site showed that in the medieval period the church’s graveyard extended across the road, with graves surviving beneath the current road surface.

The team of archaeologists were working to remove any human remains that could be affected by the tram works.

They ended up finding remains from more than 360 individuals dating from between 1300 and 1650, as well as finding the apparent remnants of the original medieval graveyard wall.

The remains are now subject to examination and analysis, which will reveal information on the origins, health, diseases and diet of the people of medieval Leith, according to the University of Dundee. 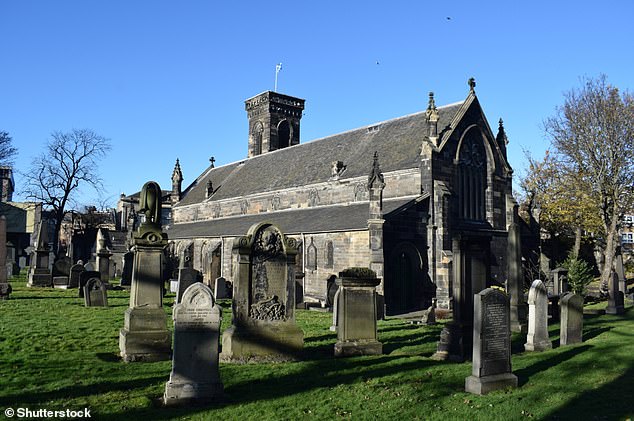 ‘These images give us a fascinating insight into the lives of the people who lived in our city centuries ago,’ said Councillor Lesley Macinnes, Transport and Environment Convener at City of Edinburgh Council.

‘The work being carried out now will not only shed light on the area’s past but will help to conserve it for many years to come.’

The work was undertaken as part of an ongoing internship with the City of Edinburgh Council Archaeologist Service.

The pair have also recorded two vlogs for the Trams to Newhaven YouTube account that explain their research methods.

The first vlog is embedded above, while the second has just been released. 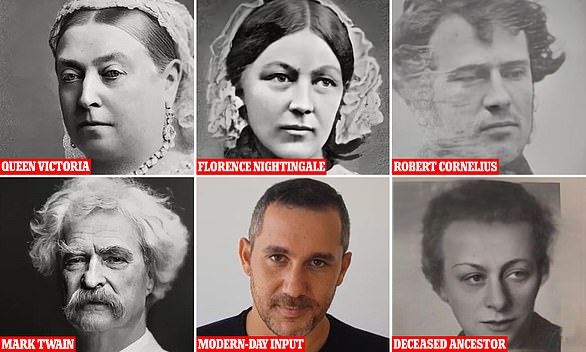 Examples provided by MyHeritage show historical figures, including Queen Victoria, Mark Twain and Florence Nightingale, come to life. The tech uses a modern-day input to animate photos of the deceased

Anyone can use the tool on the Deep Nostalgia webpage by uploading or drag-and-dropping an image – although to see the results you’ll need a MyHeritage account.