A search was ongoing Saturday in New Hampshire for woman, 41, who vanished without any sign after she went for a walk with her dog.

Officials conducting the search have not uncovered any trace of the missing woman in the days since her disappearance. Her German shepherd, Flossie, also has not been found.

Authorities said they do not have any reason to suspect foul play in the disappearance at this time. 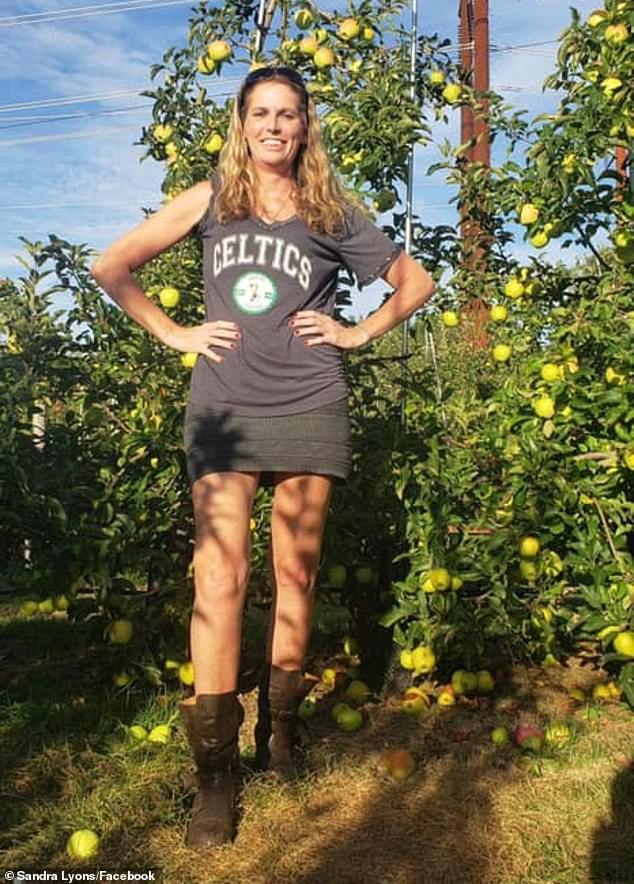 Sinead Lyons was last seen around March 10. Authorities do not suspect foul play in the disappearance at this time 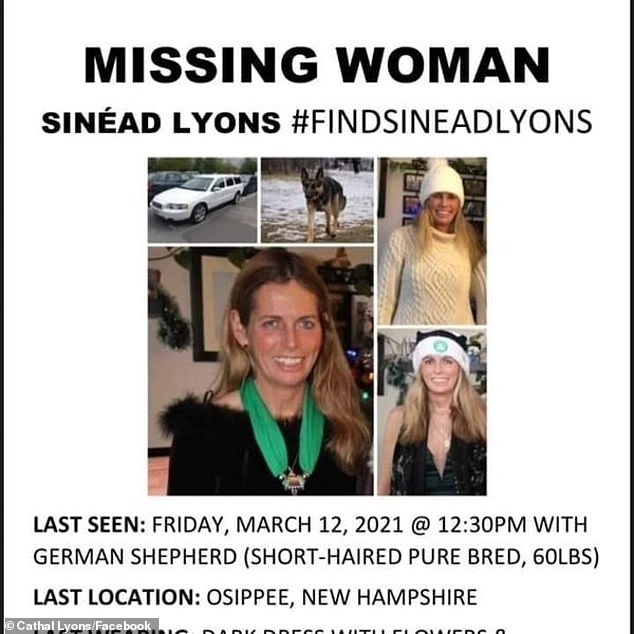 Lyons’ German shepherd, Flossie, also has not been found

Sandra Lyons posted a message on social media March 19 asking for assistance in the search for her missing sister, Sinead Lyons 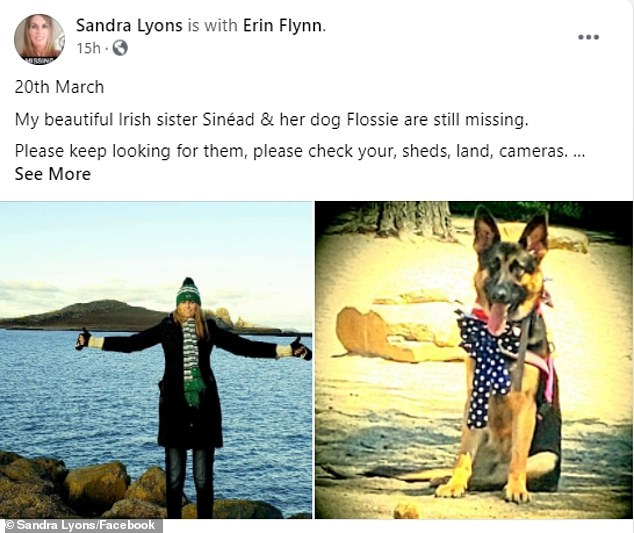 ‘We ask you to keep looking, keep checking your land, to pray. Please help find them,’ her sister, Sandra Lyons, wrote Friday in a Facebook post. ‘Thank you all for continuing to spread the word. We will find them!’

Sinead Lyons told her friend Kristin Haralabatos she was heading to Ossipee to visit her boyfriend, who was not identified. She planned to pick up her dog and go for a walk, Haralabatos said.

‘And then when she was leaving, she told the guy that she was going to Google woods or paths around there,’ Haralabatos told CBS 4 Boston.

Lowell Police asked for the public’s assistance in finding Lyons, who is 5’11” with blonde hair. She also could be in North Conway, New Hampshire, police said. 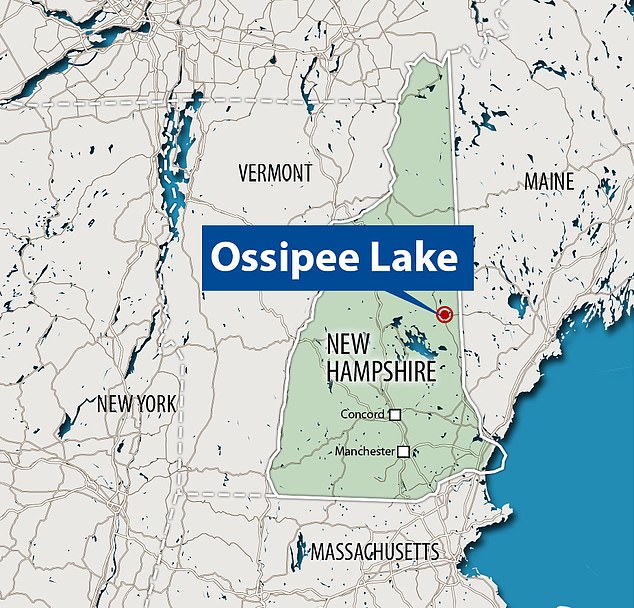 Authorities in New Hampshire used a drone as part of their search around the lake near the border with Maine, WMUR reported.

‘New Hampshire Fish and Game put their airboat on the ice and checked the areas of the lake that are open water, as well as used a remote vehicle to check under the ice,’ New Hampshire State Police Lt. James Fogarty said.

A foot search was also underway and helicopters were deployed to assist the effort. 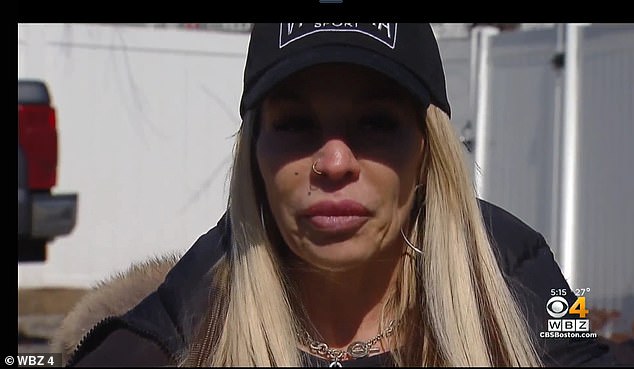 ‘We’re asking the public to continue to send in tips,’ Fogarty said. ‘If they have information that would lead us to the whereabouts of Miss Lyons, we would appreciate their calls. We have already received several calls, and some of this information has been fruitful.’

Haralabatos said she hoped for the best for her friend, ‘but this is very, very unlike her.’

‘Through my heart, I am just praying that she is OK,’ Haralabatos said.