A soldier stole £26,000 worth of Army equipment to sell on eBay, with some items being ‘attractive to criminal and terrorist organisations’ a military court has heard.

LCpl Tonkin, of the 1st Battalion Welsh Guards, told his partner that he could ‘sell lots of Army stuff and make loads of money’ to fund his gambling addiction.

Over the course of a three month period while working in the quartermaster stores of Vimy Barracks, Catterick Garrison, North Yorkshire, he stole £26,617 worth of equipment. 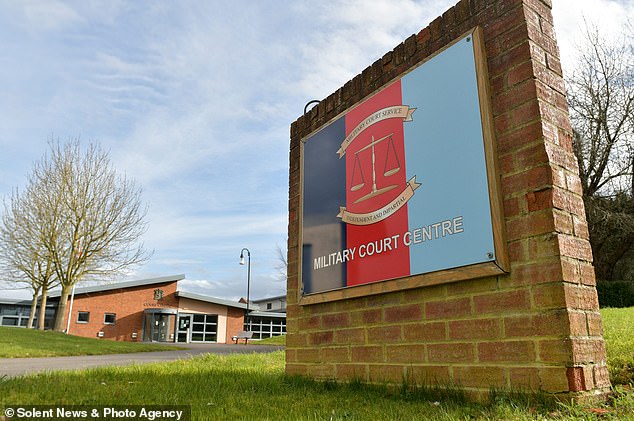 Bulford Military Court (pictured) heard that the 32-year-old stole more than £26,000 of military equipment over the course of three months at Vimy Barracks in 2018

Among the items taken were 60 Virtus military helmets, which were described as ‘attractive to criminal and terrorist organisations’ by prosecutor Lieutenant Colonel David Cotton.

LCpl Tonkin, who served for eight years in the Army, admitted nine charges of theft and has been dismissed from the military.

Prosecuting at Bulford Military Court, Lt Col David Cotton said: ‘Police recovered WhatsApp messages between him and his girlfriend, telling her he can sell lots of Army stuff and make loads of money’.

‘The helmets are the latest generation available to service personnel and considered as being attractive to criminal and other undesirable elements. That’s why there’s a particular interest in items like this, in particular from criminal and terrorist organisations.

‘The sale of these to persons unknown leaves open a very real possibility that British service personnel could face those equipped with these or police forces responding to incidents of a terror nature.’ 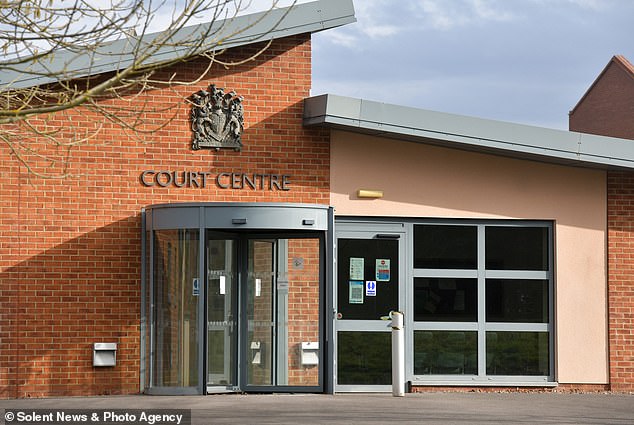 LCpl Tonkin told the court he was a ‘completely different person’ when the thefts took place and added that he hasn’t ‘gambled since May 2019’ and is in ‘a much better place now than [he was] in 2018 when all this took place.’