Thousands of spiders forced to climb to higher grounds during the New South Wales floods have covered one backyard in dozens of cobwebs.

Video footage showed branches and bushes cocooned in sticky silk as the insects spun their webs while escaping the flood waters.

The short clip, filmed by Matt Lovenfosse, was taken in Kinchela, New South Wales after the east coast of Australia was battered by severe rainfall and flooding. 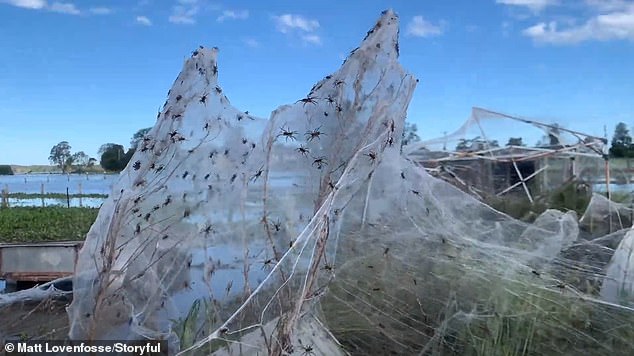 The spider’s regular habitat on the ground was flooded, forcing them to higher ground

‘I think it’s amazing to see,’ he told the Daily Mail Australia.

‘I’ve seen it before in 2001 when a similar thing happened after a flood.’

Mr Lovenfosse said that the spiders didn’t bother him or his family.

‘It doesn’t bother me, I’ve lived here my whole life and I’ve seen it before,’ he said.

‘My daughter knows not to go near them, she just points and says “spider”‘

The spiders have begun to slowly disappear as the water has subsided he said.

‘I’ve still got spiders all through the shed and downstairs in my house, but they are starting to disappear as it dries up a bit.’ 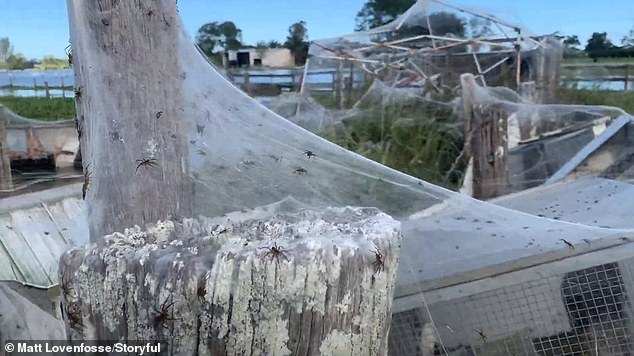 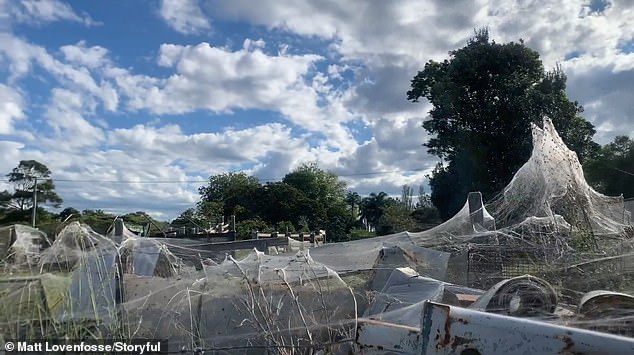 Arachnology Collection Manager at the Australian museum Graham Milledge identified the arachnids as Wolf Spiders that were attempting to escape from the floodwaters that have inundated their usual habitat.

He told the Daily Mail Australia: ‘They’re ground dwellers so their local habitats have been flooded.

‘We’ve seen this sort of behaviour before with ground dwelling spiders when there are floods.’

The incredible net of webs has occurred as they attempt to travel to a drier location he said. 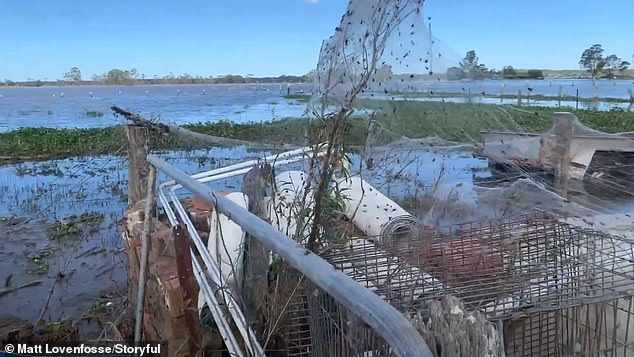 ‘I think they would also be using the webs as roofing for some protection,’ he said.

Mr Milledge said the Wolf Spiders have good eye sight and are hunters who don’t usually use web for catching prey.

‘The wolf spiders are hunters, so they’ve got very good eye sight and they hunt their prey rather than catch it in a web,’ he said.

The sudden infestation comes after torrential rain caused flooding around the area as the Kinchela Creek water levels rose.

South of Kinchela residents in Port Macquarie were handed evacuation warnings and severe flood warnings were issued across much of the east coast of NSW. 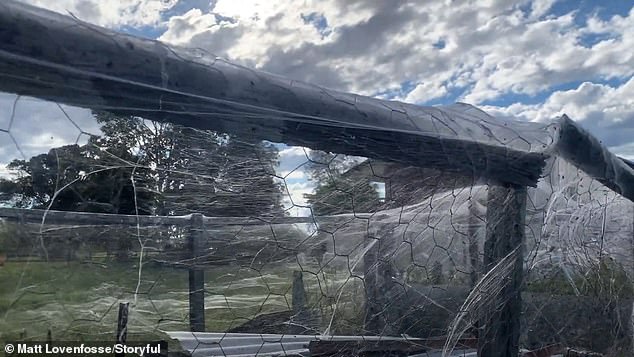