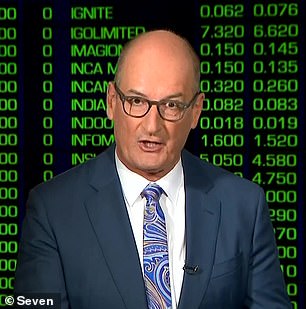 Sunrise co-host David Koch has described cryptocurrencies as a bad investment idea even though Dogecoin has surged by more than 19,000 per cent in just one year.

Sunrise co-host David Koch has described cryptocurrencies as a bad investment idea even though Dogecoin has surged by more than 19,000 per cent in just one year.

Dogecoin, co-created as a ‘joke’ by 26-year-old Australian Jackson Palmer, was in May 2020 worth just 0.38 of an Australian cent.

As of Monday morning, one unit of this social-media fuelled cryptocurrency was worth 73.23 cents, with its value multiplying by 191.7 times or 19,171 per cent compared with a year ago, and has continuing soaring since last week.

The best-known cryptocurrency Bitcoin has multiplied in value by five times during the past year to be worth $74,085, with Tesla founder Elon Musk a key backer who accepts it as payment for his electric cars. 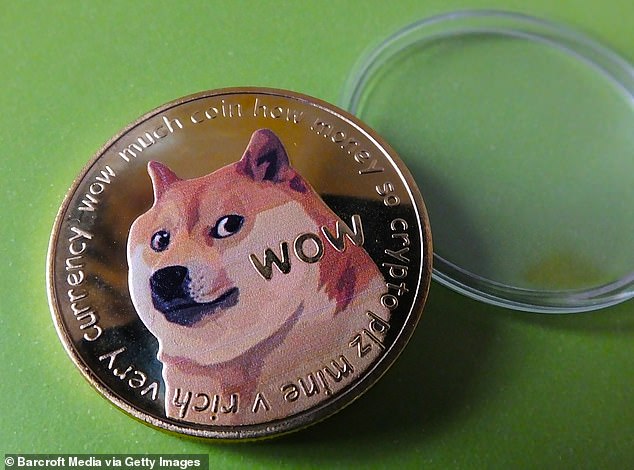 Dogecoin during the past year multiplied by 191.7 times or 19,171 per cent since a year ago

Koch, a finance expert, said that despite their surge in value, cryptocurrencies in general were a bad investment idea.

‘Frankly, I have no idea whether cryptocurrencies are the greatest investment ever or the greatest financial scam of a generation,’ he said.

The Seven Network personality, who also runs small business advisory group Pinstripe Media with his wife Libby, pointed out cryptocurrencies weren’t regulated like the share market, which means investors don’t have recourse if they lose their money.

‘Do I trust the people behind the investment? With cryptos, it’s all anonymous,’ he said.

‘Is there any financial regulation to protect me from scams?

‘Again , cryptocurrencies fall outside the financial system. So for me, cryptos are just a no go.’ 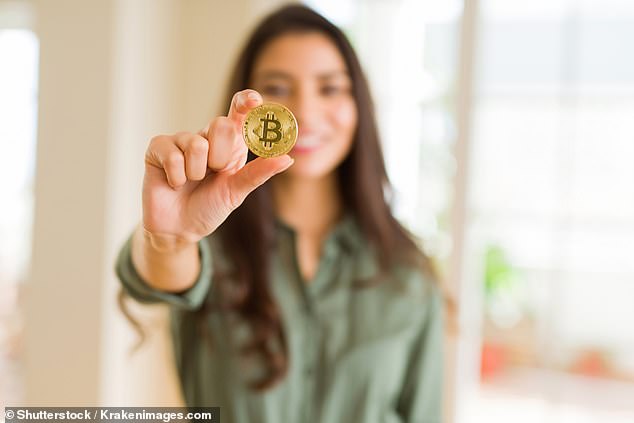 The more well-known Bitcoin has multiplied in value by five times during the past year to be worth $74,085, with Tesla founder Elon Musk a key backer who accepts it as payment for his electric cars

Source: Australian dollar figures current as of May 10, 2021

The Australian Securities and Investments Commission and Reserve Bank of Australia governor Philip Lowe in 2017 both previously described cryptocurrency as risky, speculative investments.

But in March, Dr Lowe suggested the central bank wanted to create its own digital currency.

‘A driver of the problem is that blockchain is a new form of property right,’ he said.

‘It is not, of itself, a security, a share, a bond, personal property, or a contract.’

Nonetheless a Finder panel of cryptocurrency experts predicted Bitcoin would be worth $100,000 by the end of 2021 with its supply restricted to 21million units.

Bitcoin was created in 2008, by unknown founders, during the height of the Global Financial Crisis.

The decentralised blockchain platforms were initially favoured by the likes of drug dealers and weapons traders but it has now became more mainstream.

Leigh Travers, the executive director of Digital X, said youngers Australians were turning to cryptocurrency because they distrusted the banks and couldn’t afford property.

‘We’re seeing traditional investments like banks really fall out of favour, property for millennials obviously is far out of reach,’ he told Sunrise.