A dog walker has discovered a live cat trapped in a cage next to rat poison when he went to open a public bin on a baking hot day.

The cat was found locked in the carrier – which contained dry food mixed with blocks of rat poison – in a blue garbage bag with yellow drawstrings at Henley Beach South on the Adelaide coast.

The bin was in full sun on a 29 degree day but the feline somehow survived, according to the South Australian RSPCA. 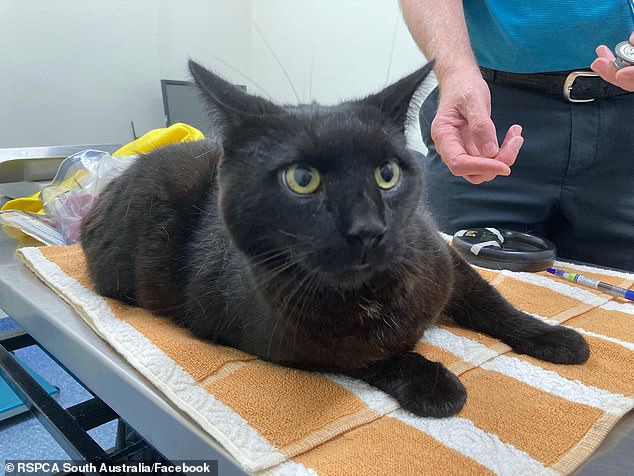 The two-year-old male cat was luckily found alive, but trapped in a carrier – with blocks of rat poison mixed with dry food – on a hot day 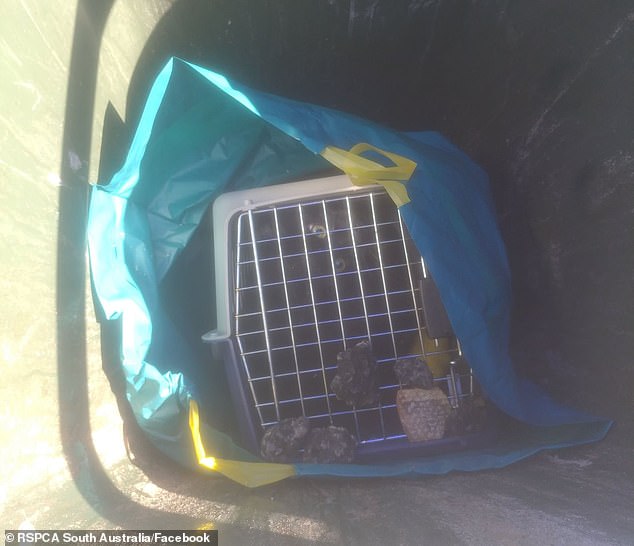 The shocking sight that greeted am Adelaide dogwalker when he opened a public bin at Henley Beach South – a caged cat, surrounded by blocks of rat poison

‘If this cat hadn’t been found when he was, there is a high probability he would have suffered a slow and agonising death,’ said RSPCA inspector, Emma Shepley.

‘It is both shockingly cruel and unnecessary, when there are humane options to surrender unwanted animals to a reputable animal welfare organisation like RSPCA or find them new homes.’

The man who found the cat took it home and called the RSPCA, which has since placed the animal at its Lonsdale shelter.

The cat is an overweight, unmicrochipped, two-year-old, de-sexed black male and is not believed to have eaten any of the poison.

The RSPCA is calling for the public’s help to find out how the cat was dumped.

Ms Shepley, who transported the cat to Lonsdale, described it as one of the most appalling acts of cruelty she has investigated. 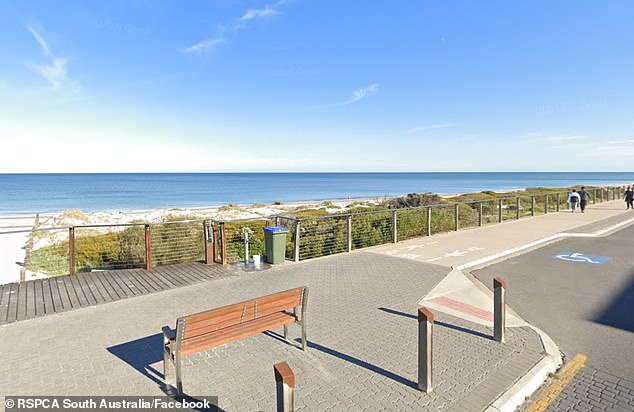 The public bin, fully exposed to the sun, where the dumped cat was found at Henley Beach South

‘How anyone could dump an animal is difficult to understand, but to leave a live animal trapped inside a cage in a hot bin, with poison, makes this incident especially disturbing.’

The RSCPA said abandoning an animal is an offence under South Australia’s Animal Welfare Act, and anyone found guilty can face up to two years imprisonment or a $20,000 fine.

If the cat was poisoned, the person responsible could face aggravated cruelty charges, which carry a maximum penalty of four years imprisonment or a $50,000 fine.