Watching TV increases your risk of dementia – but using a computer can help protect against it, a study suggests.

Those who developed dementia watched three hours, 24 minutes of TV a day.

Those who did not watched three hours – but spent six minutes longer a day on the computer. 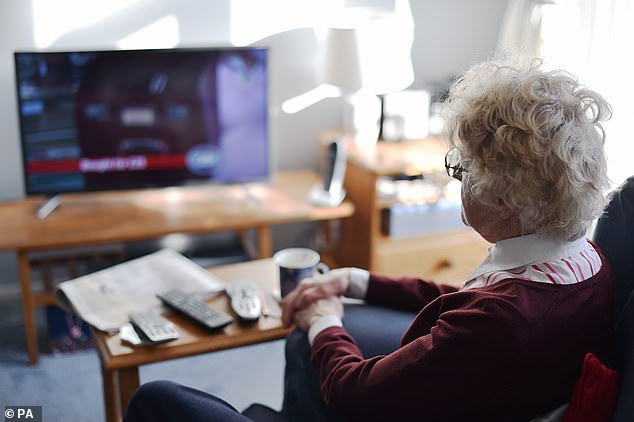 Watching TV increases your risk of dementia – but using a computer can help protect against it, a study suggests. Picture: file image

Writing in the Proceedings of the National Academy of Sciences journal, Professor David Raichlen from the University of Southern California said: ‘Compared with less than two hours, four hours of TV was associated with a 20 per cent increased risk of dementia.

‘Compared with no computer use, one hour was associated with a 25 per cent decrease.’

Writing in the journal Proceedings of the National Academy of Sciences, the authors of the study stated: ‘Sedentary behaviours, like watching television or using a computer, take up a large portion of adult leisure time and are linked to increased risk of chronic disease and mortality.

‘We investigated whether sedentary behaviours are associated with all-cause dementia regardless of physical activity.

‘Our results help clarify associations of sedentary behaviour with brain health and suggest that it is not time spent sitting per se but the type of context… that is associated with dementia risk.