Head for the lighthouse. It’s on the Brough of Birsay, a turret lashed by wind. Find a notch in the cliff leading to a tiny path tumbling down to the shore.

Imagine slipping out on to the National Theatre main stage. But the ‘stage’ is a slab of sandstone the size of a tennis court, raked at 35 degrees and plunging into an angry sea.

And rather than humans in the ‘auditorium’, there’s a gaggle of seals in the stalls and a squawk of puffins in the upper circle. 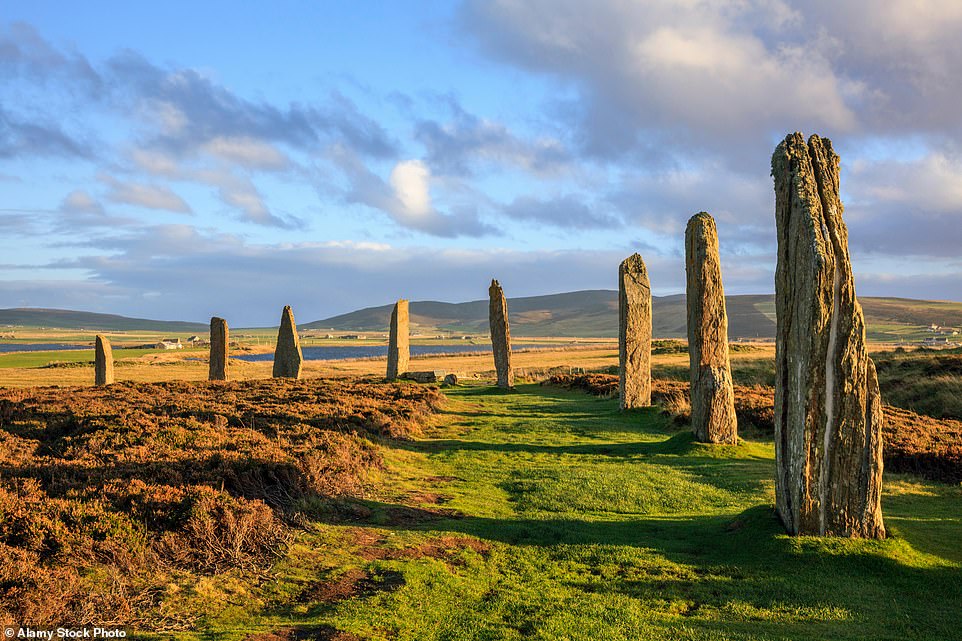 Stonehenge of the North: Ring of Brodgar, one of Orkney’s many Neolithic sites

Many hours have I sat here, half-hypnotised, half-watching for the rogue wave that Orcadians say sweeps you away when you daydream. With just days to go before travel here is permitted again on April 26, I’m already there in my heart.

Orkney? Seventy small islands scattered north of John O’Groats. Here, your senses are overwhelmed by the shriek of curlew and the reek of seaweed; the smack of the wind and the shock of the light.

But it is also a cradle of humanity, famous today for its Neolithic sites such as Skara Brae and its great stone circle, the Ring of Brodgar, as well as its sagas and stories.

Soon the dig should start again at the Ness of Brodgar, the greatest Neolithic find of the modern era — a complex settlement made 4,500 years ago. ‘I think we had always tended to depict our Neolithic ancestors as Stone Age hippies,’ says Nick Card, who heads the archeological team. ‘But this settlement depicts a dynamic, skilled and creative people whose workmanship would bear scrutiny with 21st-century methods.’

Talking of the 21st century, I’m slipping back into the neighbourhood. A huddle round the fire with bright-eyed Cecilia Heddle, who went to Aberdeen in her ninth decade for a new hip and came back with two. A long talk with Britain’s greatest living philosopher, Michael McGhee, and his wife Rosemary, who love Orkney so much that last year they holidayed on the next island, all of five miles away from their home.

And I owe Michael Stevenson a lobster. We crossed paths on the rocks below his farmhouse, and he showed me his salvaged creels drifting deep in the gully. Up came one with its glistening, snapping treasure. As we walked up the hill, he handed me the bucket. ‘Enjoy.’ I never had the chance to tell him how sublime it tasted that night. 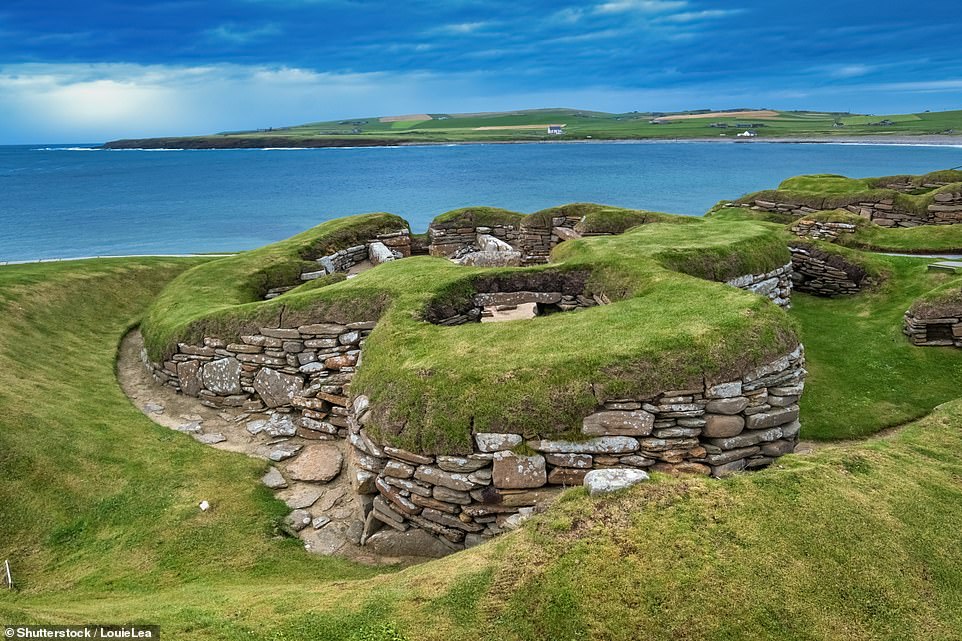 ‘Here, your senses are overwhelmed by the shriek of curlew and the reek of seaweed; the smack of the wind and the shock of the light,’ writes Richard Addis. Pictured is Skara Brae

Cut to the Ferry Inn, Stromness. Imagine 20 adults in a phone box, but make it 200 in a pub with beer and violins. Karen behind the bar is frantically trying to keep up.

I am stuck in the corner next to Ernie the ironmonger who is playing an Armenian oboe called a duduk. His bobble hat bobs, out of time with the music.

The tip of the duduk gets nearer to my drink. Inevitably, in it goes. An eruption of Scapa Special drenches two women who sailed here from Finland. Luckily they are still in their Sou’westers. 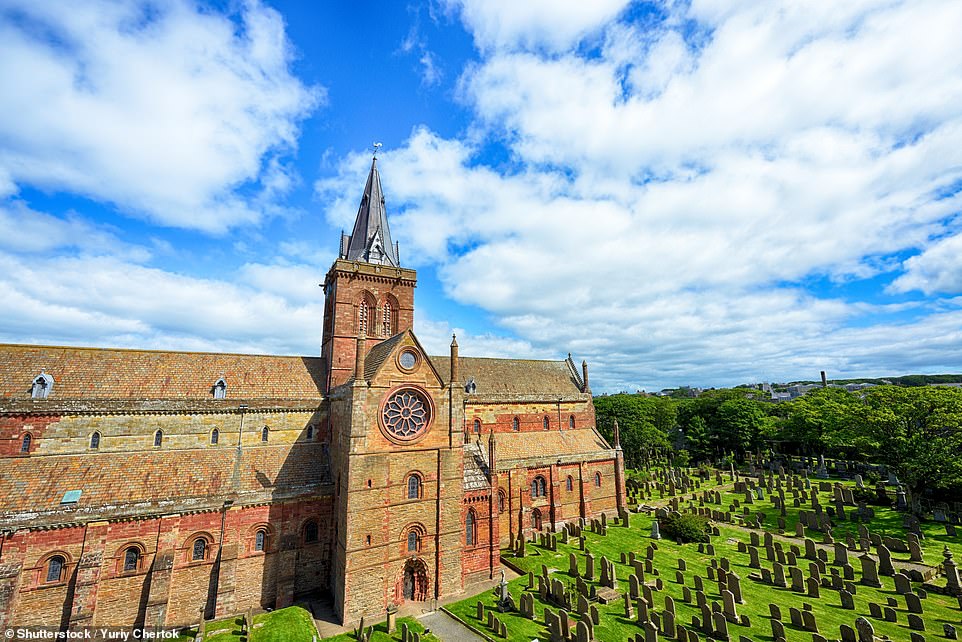 Dominating: St Magnus Cathedral located in the town of Kirkwall is another of Orkney’s magnificent landmarks

Now I am in the red sandstone cathedral of St Magnus, whose first stone was laid in 1137 under the Norse Earls. The minister, the Revd Fraser Macnaughton, is showing people round.

Here is the pillar where they found Magnus’s bones on March 31, 1919, hidden behind a loose stone — the skull split by the axe-blow that killed him.

It was his cousin Hakon who betrayed him. Lifolf the cook wielded the chopper. ‘Hew me on my head a great wound,’ said saintly Magnus. ‘Strengthen thyself, wretched man.’

A hole in the head would be a fair price to pay if it would get me back to Orkney this spring.