A man was wrongly jailed after his ex-wife claimed he had raped her and planted knives in her own letterbox before pretending they had been left by him.

The Melbourne woman in her 30s also claimed her ex had sent texts to her and her friends warning he was going to kill her.

The man, who shares a child with the woman, spent ten days behind bars on charges of rape, which have since been dropped.

The Melbourne Magistrates’ Court heard the woman visited multiple Bunnings stores to pick up the knives before placing them inside her own mailbox and pretending her husband had left them as a threat, the Herald Sun reported. 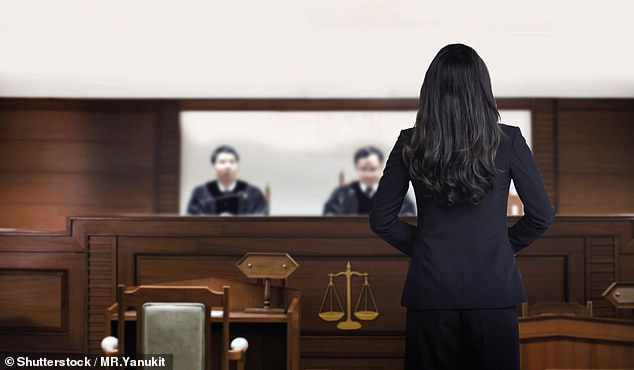 She has pleaded guilty to two charges of making a false report to police in relation to the knives and text messages, as well as two counts of harassing witnesses.

The woman claimed her ex-husband had threatened to stab her, leading to his arrest in April last year.

She told police she found several knives inside the letterbox on 10 separate occasions and claimed she had CCTV of her ex threatening to kill her – but later said the cameras weren’t working.

Police eventually used credit card statements and CCTV footage to prove that the woman had bought the knives herself.

Officers believe a string of texts meant to have been sent from the man to the woman and her friends threatening rape and murder were actually sent by her.

One message said the woman would be ‘burnt alive after being raped, beaten and stabbed’.

The same messages also demanded the charges of rape against the husband be dropped.

The man said his ex-wife had ruined his life as he gave a victim impact statement to the court.

Police believe the woman sent messages to herself and her friends pretending to be the man with one reading she would be ‘burnt alive after being raped, beaten and stabbed’

He said as a result of being labelled a rapist he’d lost his friends, his job, was unable to see his child and had to bear the pain of seeing his family visit him behind bars.

‘Everything I had worked hard for was stripped away from me overnight,’ he said.

‘I was disabled in society. I was not able to hold my head high.’

Magistrate Peter Reardon said he was shocked to hear the woman had serious charges dropped and demanded an explanation from police.

‘I don’t think I’ve seen in all the years of practising law anything so outrageous that’s taken place in this sort of ­proceedings,’ he said.

Police prosecutors and the defence agreed upon a community corrections order for the woman.

She will be sentenced next month.