Shoppers are racing to the supermarket to get their hands on s’mores flavoured Oreos.

The classic American campfire treat has been transformed into a cookie sandwich with chocolate and marshmallow flavoured-crème biscuits.

The snacks are sold at Woolworths stores across Australia for just $2 a pack. 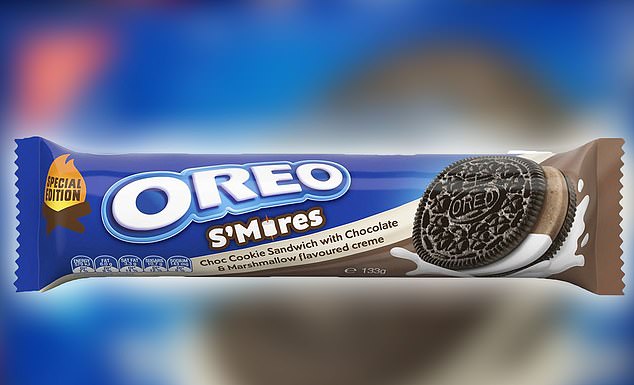 Hundreds are excited over the new creation, with many saying they would ‘demolish’ the whole pack in one sitting.

‘Yummy… I’ll bring home 10 packs,’ one wrote, while another added: ‘Shut up and take my money.’

The new product comes after Cadbury unveiled its highly-anticipated Caramilk Hokey Pokey after the chocolate was only sold in New Zealand.

The chocolate combination started circulating on social media in June 2020, but the confectionery giant confirmed at the time the product would only be available in New Zealand – much to the disappointment of fans Down Under. 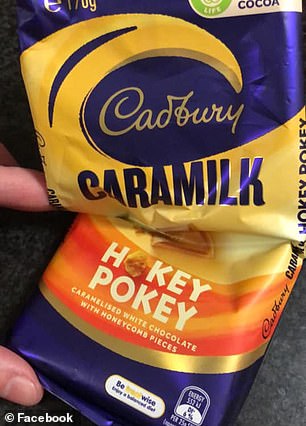 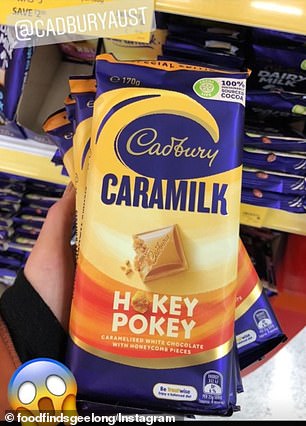 Last week, Cadbury delighted shoppers with the highly-anticipated launch of Caramilk Hokey Pokey after the chocolate was only sold in New Zealand

But Australians can now get their hands on the chocolate for $2.50, just half price at Coles. The product normally costs $5 in supermarket and convenience stores.

The chocolate block features a golden blend of caramelised white chocolate with crunchy honeycomb pieces, with texture and flavour of the iconic Caramilk.

‘When we released Caramilk Hokey Pokey in New Zealand last year, we received such an overwhelming number of requests from Australians, so it was a clear that we had to bring it across to Australia this year,’ Katrina Watson, senior marketing manager, Cadbury Australia, said.

‘Caramilk is one of our most sought-after chocolate blocks and what better way to continue the Caramilk frenzy than by blending your much-loved caramelised white chocolate with crunchy golden honeycomb pieces?

‘We know Aussies will love this golden gem just as much as the Kiwis did.’