Hundreds of people who claim the coronavirus pandemic is a hoax have gathered in central London to protest against the mass vaccination rollout.

Protesters gathered in Parliament Square on Saturday at a Unite for Freedom rally with some claiming the pandemic is a hoax while others carried placards reading ‘My body, my choice’.

Others held signs which read ‘We do not consent’, ‘You have no power over us’, and ‘we’re not guinea pigs’, and flags. 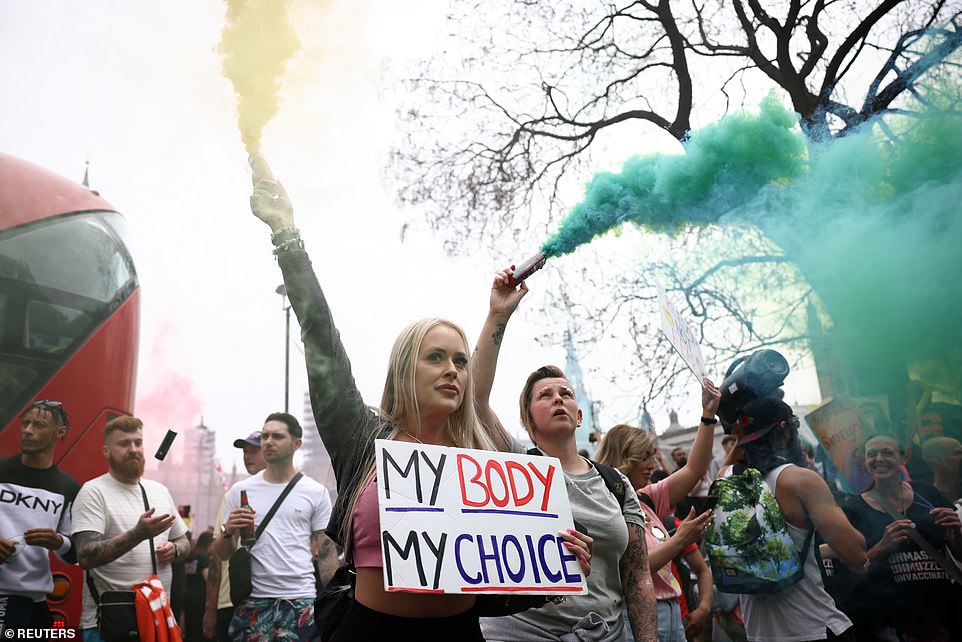 They also protested against the idea of vaccine passports.

It is thought many of the crowd travelled from outside of the capital to take part in the gathering.

Several people set off smoke bombs and one launched a firework.

One man, who did not give his name, told the PA news agency he had come to the capital ‘because I want to be free and I want you to be free and the Government are lying to us.’ 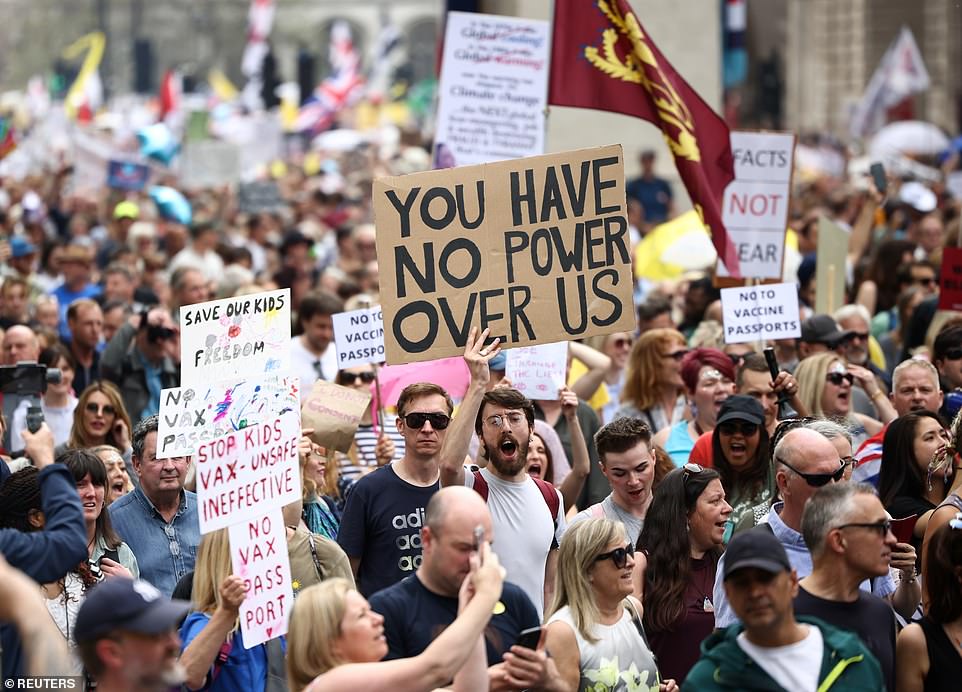 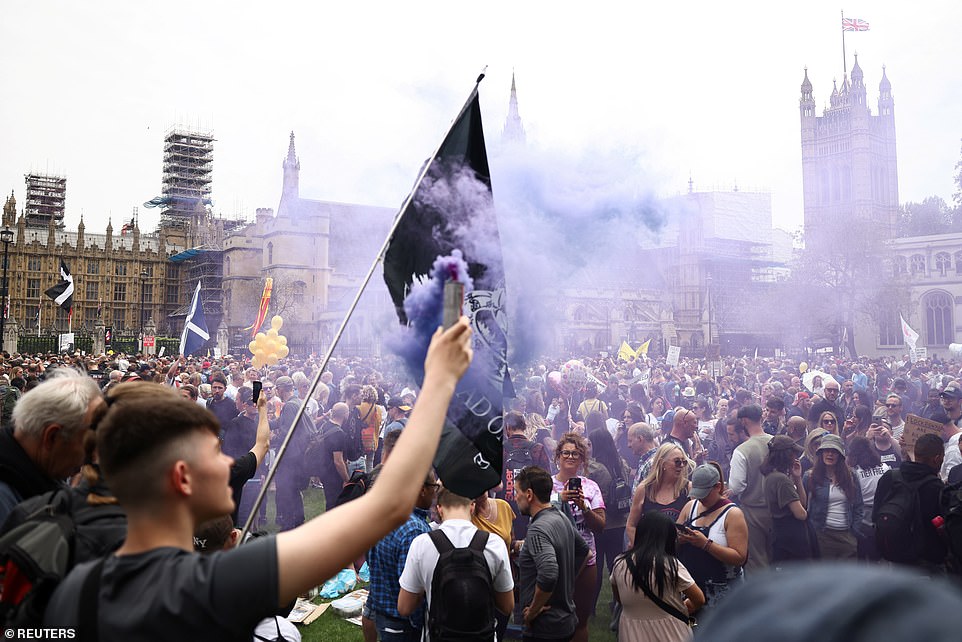 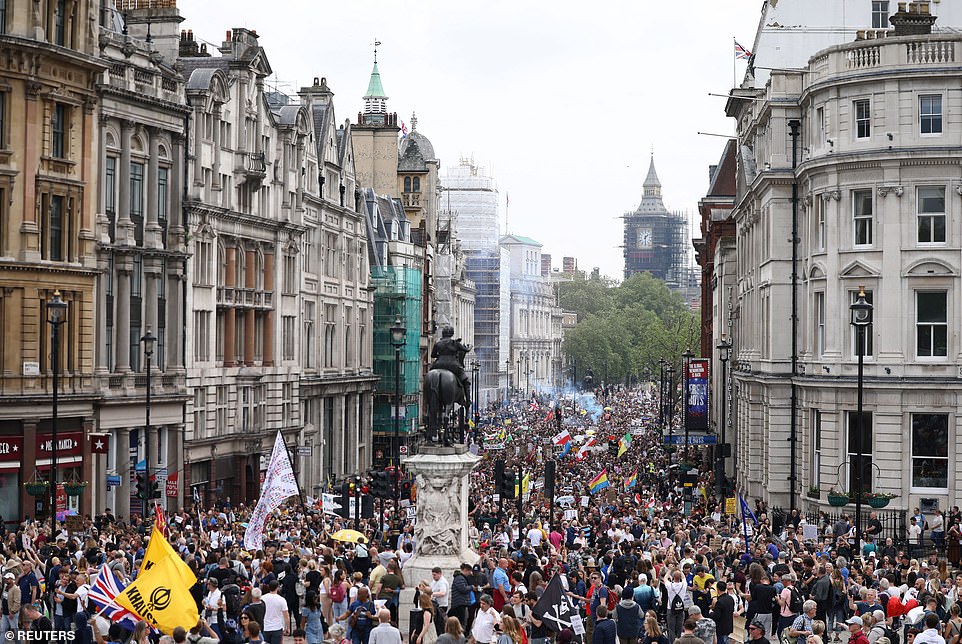 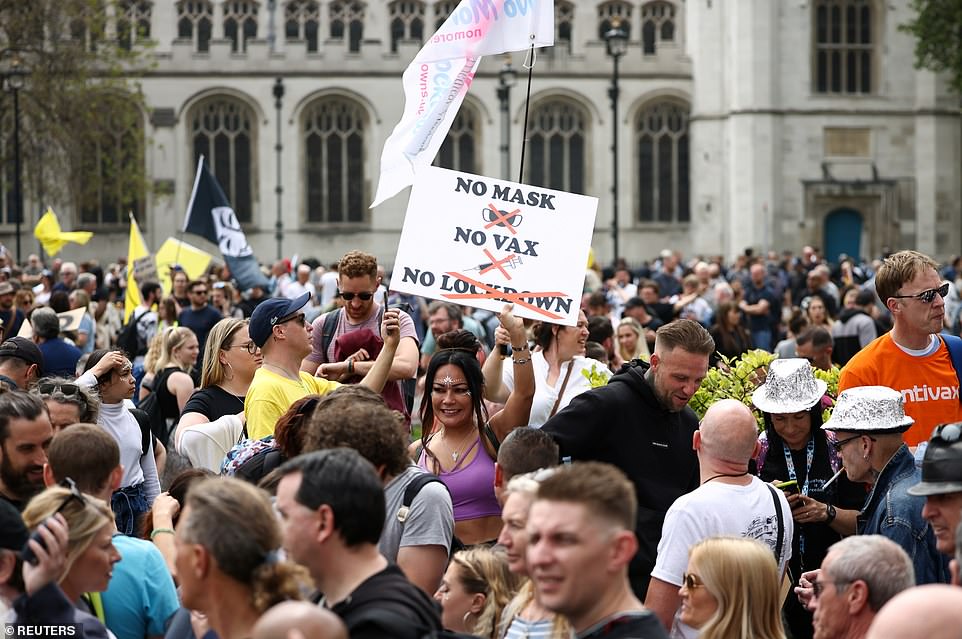