Anticipating the start of a fun event like a holiday can make it feel like it is nearly over as soon as the actual event begins, according to a study into the perception of time.

Four independent studies published in the Journal of Consumer Psychology found that anticipation and excitement had an impact on perception of time.

One study saw 451 volunteers asked to consider the upcoming weekend and whether it would be ‘fun, terrible or ‘just ok,’ then indicate how far away the start and then end of the weekend felt on a scale of zero to 100.

This suggests that our perception of time is linked to our anticipation of an event. 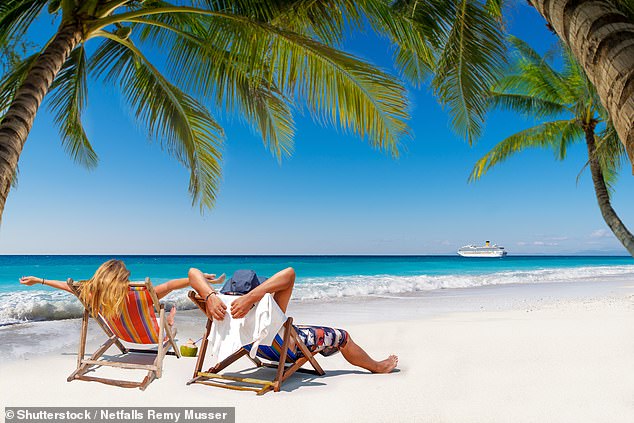 Anticipating the start of a fun event like a holiday can make it feel like it is nearly over as soon as the actual event begins, according to a study into the perception of time

Researchers from Ohio State University found that our anticipation of an event changes our perception of how long it is until the event.

To find out just how time changes in our ‘minds eye’ they had volunteers rank an upcoming weekend.

They had to say whether they thought it would be good, bad or just ok.

The volunteers then ranked on a scale of zero to 100 how far away the start and end of the weekend felt.

Those who were anticipating a ‘good’ weekend felt it was farther away and ending sooner.

Those anticipating a ‘bad’ weekend felt it was happening sooner but the weekend was going to last longer.

This suggests the excitement or dread of an event influences how far away we perceive it to be and just how long the event is going to feel.

The authors of the study found that when you combine the fact good events seemed farther away but over more quickly, it ‘created a strange effect’.

This was particularly the case when someone was looking forward to a holiday or other positive event.

Selin Malkoc, co-author of the study said the seemingly endless wait for a holiday to begin, combined with the feeling ‘time will fly’ when it actually begins, leads to strange perception of timings.

‘People feel like the beginning and the end of their time off are similarly far from the present,’ Malkoc said.

‘In other words, in their mind’s eye, the vacation is over as soon as it begins. It has no duration,’ despite how long it may actually last in real time.

This phenomenon has another interesting effect, the authors said.

It leads people to feel like the endpoints of positive and negative events are about the same distance from the present.

Basically if it is only Wednesday and you are expecting a boring weekend, it will feel like it comes around quickly but will last a long time when it arrives.

In contrast, if it is Wednesday and you have something planned for the weekend you are looking forward to, it will feel like the weekend is ages away, but that Monday will come around fast.

That’s because anticipating a negative event – like a dreaded work trip, dentist appointment or sad occasion – reverses the effects of a positive event.

In fact, 46 per cent of participants said the positive weekend felt like it had no duration at all as they thought about both the event and the time leading up to it.

Thinking about how far the beginning and the end of the event is from the present is key to this phenomenon, Malkoc said.

The Journal of Consumer Psychology paper included four related studies that came to similar conclusions – that positive events were over more quickly. 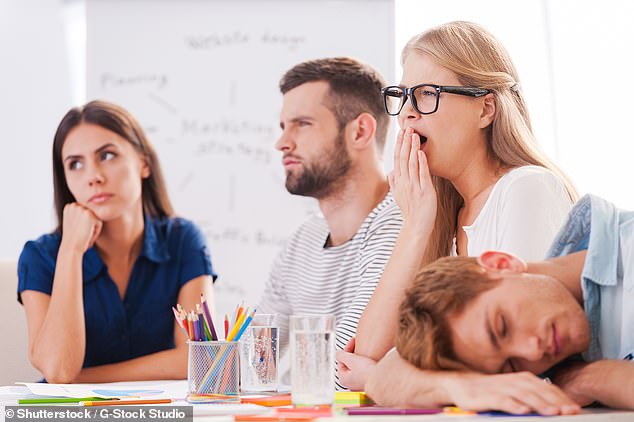 In a related study in the same journal the authors asked volunteers to directly say how long they expected a positive weekend to last – rather than just rank on a scale of zero to 100 how far away they thought it felt from the present.

They thought it would go quickly, but they did indicate it would take up some time.

It was only when people also considered the time leading up to the fun event – which they expected to crawl – that they thought a future positive experience would feel like it had no duration. 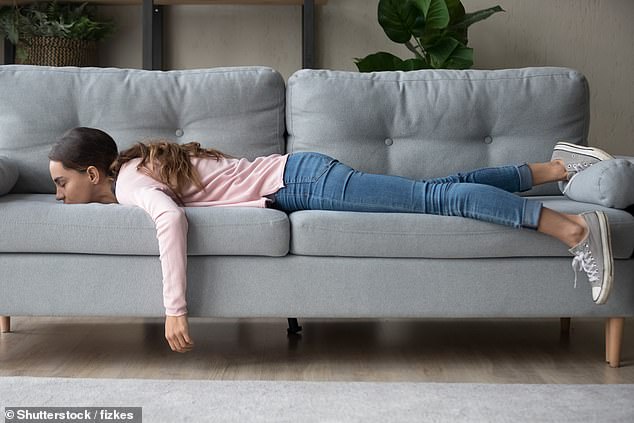 One study saw 451 volunteers asked to consider the upcoming weekend and whether it would be ‘fun, terrible or ‘just ok,’ then indicate how far away the start and then end of the weekend felt on a scale of zero to 100

These findings have some interesting implications as people start planning vacations and other fun events as the COVID-19 pandemic ends, Malkoc said.

‘If a vacation seems like it is going to end as soon as it begins, it may make people less likely to plan specific events during their time off,’ she said.

‘It may also lead people to spend more on hotels and other luxuries, since it seems like the vacation is such a short time anyway.’

The study was published in the Journal of Consumer Psychology.

The ventral pallidum has become a focus of great research interest as a mechanism of reward and incentive motivation.

It was once associated primarily with motor functions rather than regarded as a reward structure in its own right.

Now scientists in the USA have found that this region of the brain ‘reflects our perception of food in a strikingly dominant way’.

They presented rats with two sugary drinks in turn and mapped their brain activity at the precise moment they knew which they were getting.

The research team discovered that the rats’ ventral pallidum neurons registered excitement for one of the sugary drinks they were given.

But when the preferred drink was substituted with water, their pallidum neurons registered excitement for the drink which previously provoked a ‘disappointment’ response.