A fruit farm has apologised for cutting down a ‘paradise’ of bluebells after admitting its workers didn’t know what the flowers were.

The destruction of the swathes of blooms in the wood at Ulcombe, Kent, has been likened to ‘shooting Bambi’ and there have been calls for the landowner to be prosecuted.

Thousands of bluebells lay sliced in half and reduced to a mushy pulp after the gang got to work with the whirring strimmers.

But today the firm’s boss tried to justify the work by saying his team had made a mistake because they ‘did not know what bluebells looked like’. 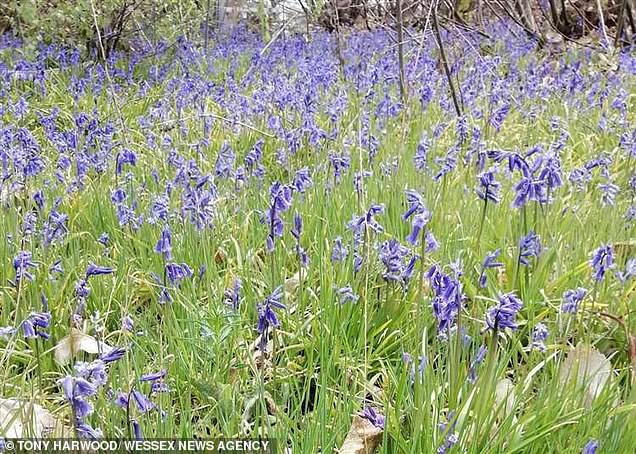 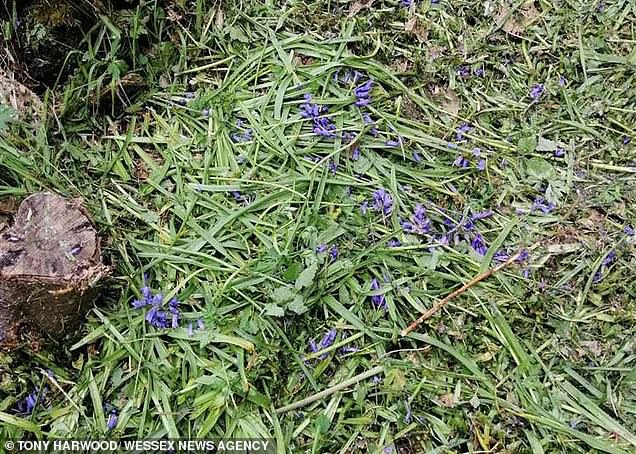 The destruction of the swathes of blooms in the wood at Ulcombe, Kent, (pictured before and after) has been likened to ‘shooting Bambi’ and there have been calls for the landowner to be prosecuted

Damaging or destroying bluebell woods is a criminal offence against the Wildlife and Countryside Act (1981).

The cutting down of the bluebells on Monday in a coppiced woodland at the entrance to Hill Farm, in Ulcombe, was condemned by Tony Harwood, who represents the area on Maidstone council.

He said he visited the wood to admired the bluebells at the weekend, before the strimming occurred.

‘It was so beautiful, it was a local landmark, you had this shimmering pool of bluebells.

‘That many flowers to be strimmed down takes away nutrition for the pollinators.

‘It’s just wanton destruction of natural beauty and wildlife. There is no justification for their destruction.’

Coun Harwood said that other wildflowers had also been ‘strimmed to mush’. 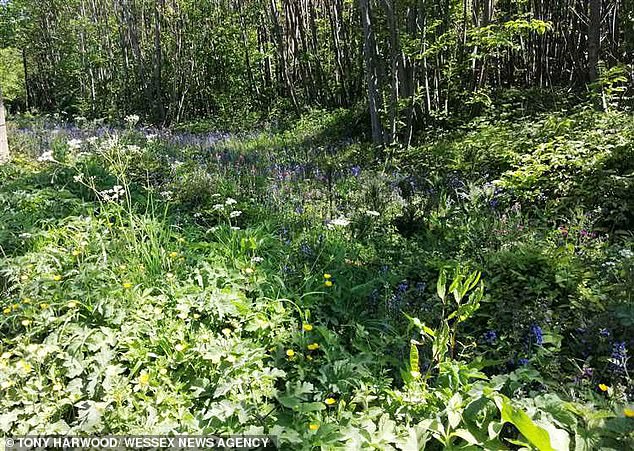 The cutting down of the bluebells on Monday in a coppiced woodland at the entrance to Hill Farm, in Ulcombe, was condemned by Tony Harwood, who represents the area on Maidstone council

Sean Charlton, from Charltons, a fruit farming business which owns the land, said staff had been sent to strim down vegetation, such as cow parsley, which was growing too high.

The wood is between their fruit production fields and a road ‘on a nasty bend’ and the vegetation had created a visual obstruction for motorists, he claimed.

Members of the estate maintenance team had strimmed down the bluebells by mistake, he said.

‘They were naive to the fact of what bluebells are and how important they are.

‘It’s my mistake, I hold my hands up to that. They were cutting vegetation to create a safe place on the road, they have cut through bluebells that were in flower.

‘It looks horrible, it’s like shooting Bambi, we aren’t proud of it.’

He claimed the bluebells ‘had not been killed’ and would return next year.

Pictures of the scene shared on social media prompted broadcaster George McGavin to email the farm, asking what happened.

Coun Harwood said ‘I am hoping there is far more sensitive management of that woodland going forward. I hope this is a change in their approach that respects the natural environment.’