Mr Joyce said ordinary punters would be more preoccupied with prices at the supermarket rather than ‘hyperventilating’ about what the former prime minister did.

Nationals MP Keith Pitt was resources minister in the former Morrison government but Mr Morrison secretly gave himself that ministry along with four others in 2021.

Speaking to ABC’s Insiders on Sunday, Mr Joyce said the issue was being overblown.

‘There is a little bit of hyperventilation coming into this,’ he said. 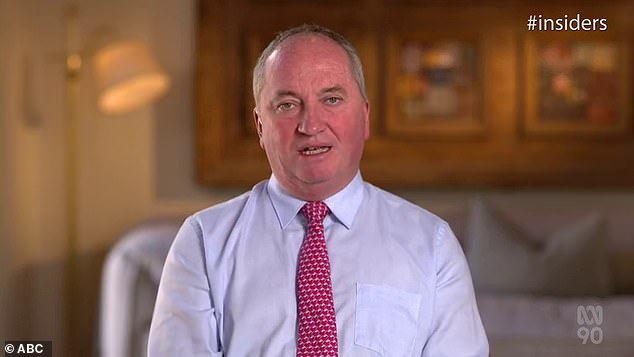 Mr Joyce claimed most ‘average’ Aussies were not interested in the brewing scandal.

‘They’re probably more focussed on that Mr (Chris) Bowen has changed the laws on vehicle standards and now we are going to pay more for four-wheel drives in country areas – that affects them.’ 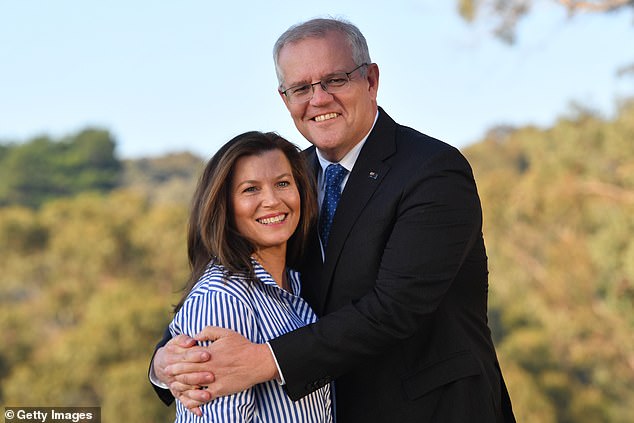 Mr Joyce also couldn’t say when exactly he learnt the Nationals MP was sharing his portfolio with Mr Morrison.

He also said he believed in a ‘cabinet’ system of government rather than a ‘presidential’ one and appeared dismayed that Mr Pitt was overruled.

‘I believe Keith Pitt was a competent minister, incredibly confident and was all over the Pep-11 issue like a bad suit and understood all the ramifications of any decision,’ Mr Joyce said.

‘And I think it should have been left with him to make that decision and I think in our discussions that is the direction it had.’

Mr Joyce appeared to say he accepted this because to not do so might mean his party would lose a ministry because what was done was legal and there was nothing the Nationals could do about it.

‘Has (Mr Morrison) got the capacity to renegotiate the extra minister that I just dealt into the National Party hand?’ Mr Joyce said was the question he asked himself.

Mr Joyce continually batted away questions from ABC journalist and Insiders host David Speers as to when he was aware Mr Morrison was in the same ministry as Mr Pitt.

‘Obviously I wasn’t aware of it at the start because it happened prior to me coming back as leader,’ Mr Joyce, who became Nationals leader again in June 2021,’ he said.

‘And then over a period time in discussions with the Pep-11 it became more apparent the the prime minister had greater powers than I initially assumed.’ 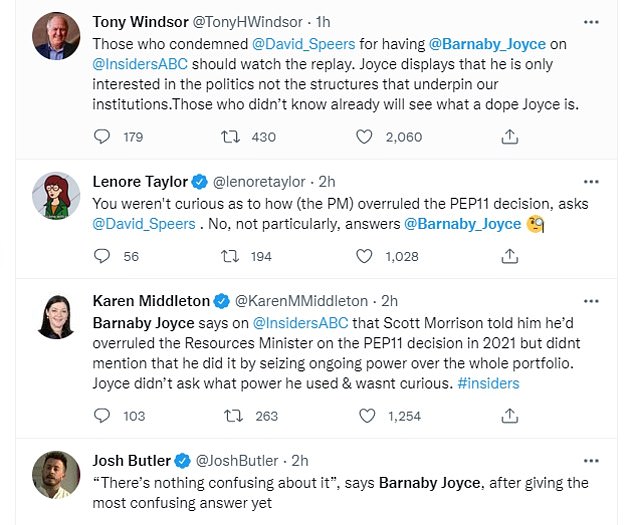 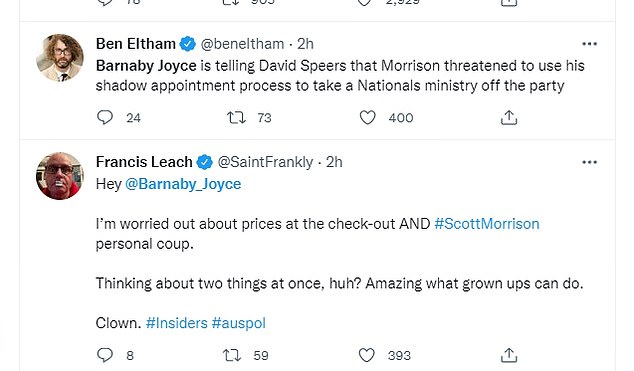 Mr Joyce’s answers drew fire from a number of political players and journalists.

‘Scott Morrison and Barnaby Joyce really do deserve each other.’

Tony Windsor, who lost his NSW seat of New England to Mr Joyce in a bitter contest during 2013, was also unimpressed.

‘Those who condemned David Speers for having Barnaby Joyce on Insiders ABC should watch the replay,’ Mr Windsor tweeted.

‘Joyce displays that he is only interested in the politics not the structures that underpin our institutions. Those who didn’t know already will see what a dope Joyce is.

Radio presenter and journalist Francis Leach took aim at the claim Australians were only worried about their grocery bill.

‘Hey I’m worried out about prices at the check-out AND #ScottMorrison’s personal coup,’ he tweeted.

‘Thinking about two things at once, huh? Amazing what grown ups can do. Clown.’ 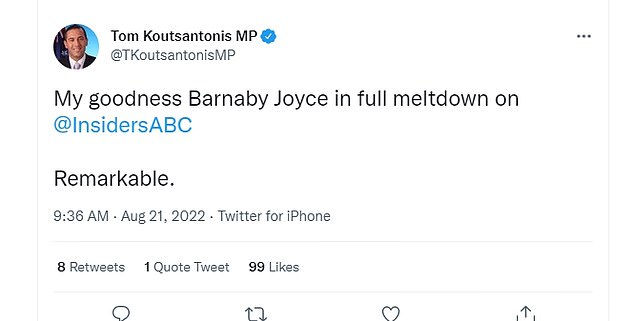 The Guardian’s Lenore Taylor tweeted: ‘”You weren’t curious as to how (the PM) overruled the PEP11 decision,” asks David Speers. “No, not particularly”, answers Barnaby Joyce.

‘”There’s nothing confusing about it,” says Barnaby Joyce, after giving the most confusing answer yet,’ tweeted fellow Guardian journalist Josh Butler. 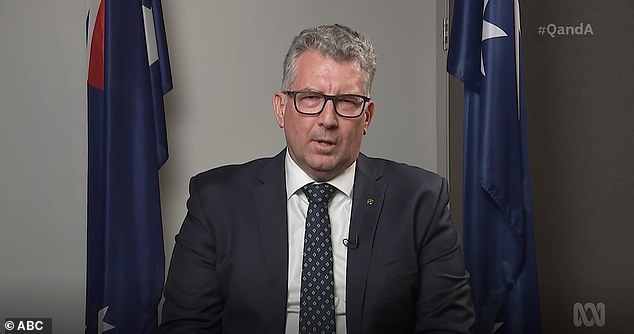 The prime minster overruled Mr Pitt to deny a permit renewal of the Pep-11 oil and gas exploration, which was looking at the possibility of drilling offshore between Newcastle and Sydney.

A number of Liberal MPs holding seats along NSW coastal areas were known to be opposed to the project.

The blocking of the Pep-11 licence is being challenged in the federal court. 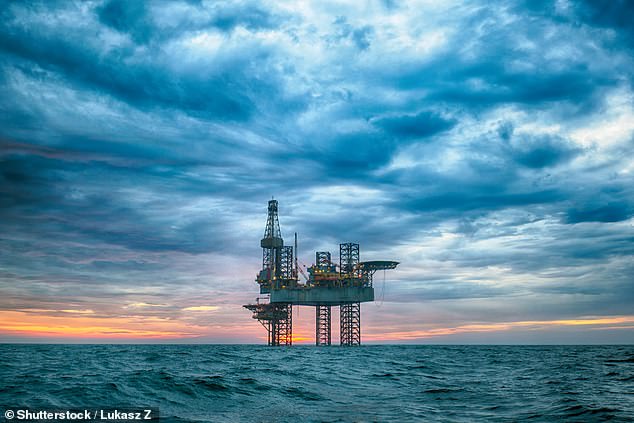