A family walking along an Australian beach have uncovered an incredible eight-armed sea creature nestled in the sand unlike anything they have ever seen before.

Karen Crompton and her daughter were at Blacks Beach, in Mackay, North Queensland, when they stumbled across the stunning sea star as they were examining the marine life.

‘We were looking and counting the starfish and my daughter said, “Oh, is that an octopus?”,’ Ms Crompton told the Fraser Coast Chronicle.

‘I’ve never seen anything like it before. It tops it all.’ 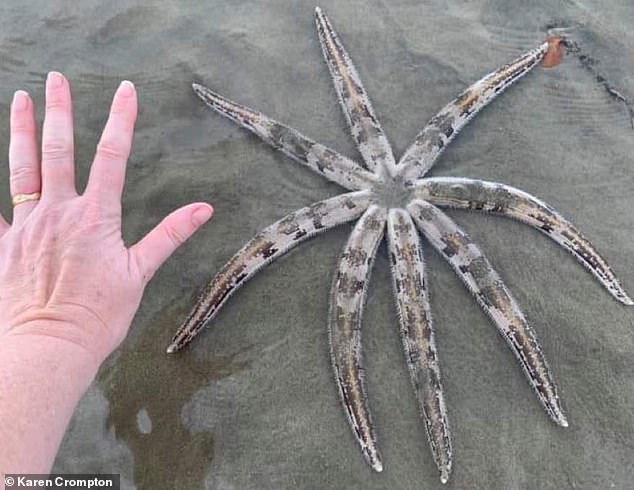 Karen Crompton and her daughter were walking along Blacks Beach, in Mackay, North Queensland when they came across this eight-armed sea creature 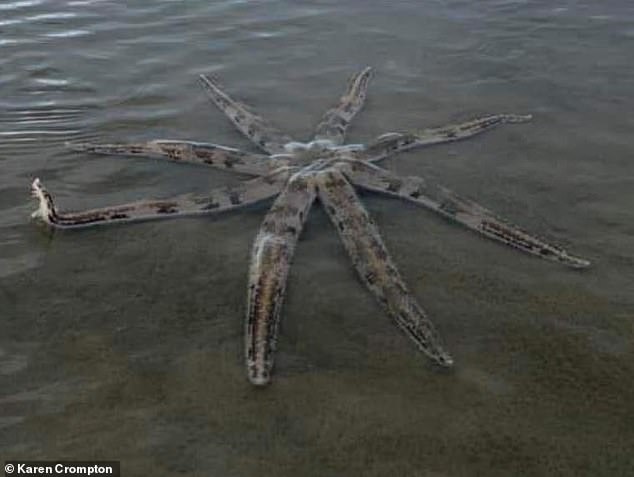 What they had uncovered was a sea star scientifically named Luidia maculata, which is found along the coast of Queensland, Northern Territory and the northern half of Western Australia.

According to the Australian Museum, they have ‘eight arms tapering to a point’ and an ‘aboral surface covered with square or polygonal plates’.

They are commonly yellow or buff coloured to dark green and feature ‘tube feet ending in a rounded knob rather than a sucker’.

The marine invertebrates, known also as the Southern Sand Star, grow to a maximum of 40cm and while they are harmless, they have soft arms that break easily if they are handled in a rough manner.

They can reproduce asexually or sexually and are known to like burying themselves in sand up to 90 metres deep. 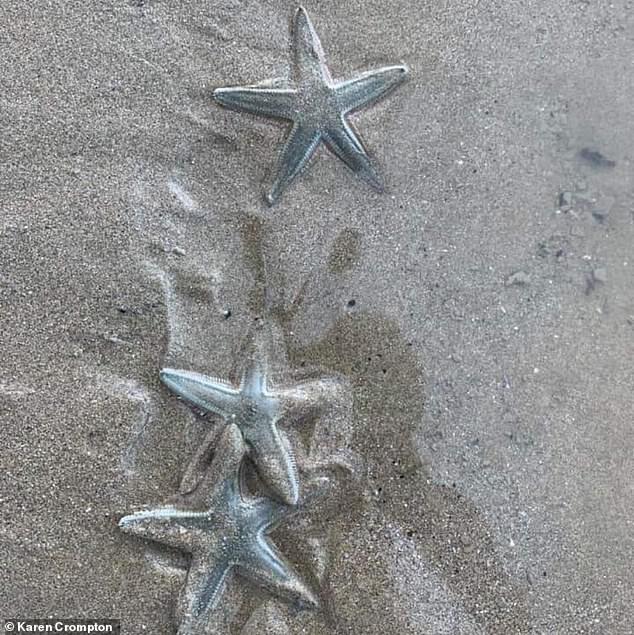