A man was stabbed to death by his mother-in-law in self defence after he flew into a rage when he discovered his wife had cheated on him with her taekwondo instructor, a court has heard.

Adam Coble, 40, was fatally stabbed in the chest by his mother-in-law Kay Leonard in his North Richmond home in north-west Sydney in January 2019.

Mr Coble had inflicted an 11-year reign of domestic violence that came to a head when he discovered his wife Robyn Coble had been having an affair.

He confronted his wife that day after discovering sexually explicit texts she had sent to the instructor, an inquest at Lidcombe Corners Court heard on Monday. 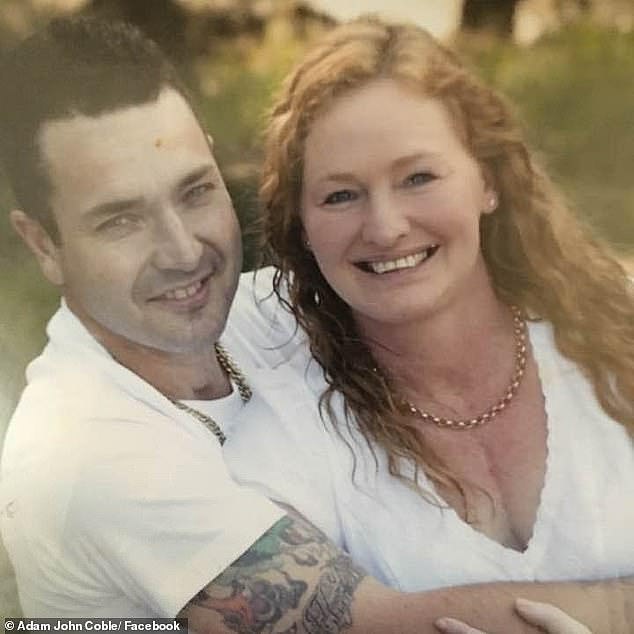 Adam Coble pictured left with his wife Robyn. He was fatally stabbed by his mother-in-law Kay Leonard in his North Richmond home in north-west Sydney in January 2019

A month earlier, an apprehended violence order was taken out against Mr Coble – who was also charged with malicious damage.

Mrs Coble called her mother to the home, who urged the 40-year-old to move out.

‘Look, youse can’t keep fighting – Adam, you can move out if you want to, you can go and stay at your mums,’ Mrs Leonard said according to The Daily Telegraph.

Senior Sergeant Sasha Harding said Mr Coble then turned his anger towards his mother-in-law in a wild stabbing frenzy in the lounge room.

Mrs Leonard was left with eight separate wounds but didn’t lose consciousness and fought back with both hands, the court heard. 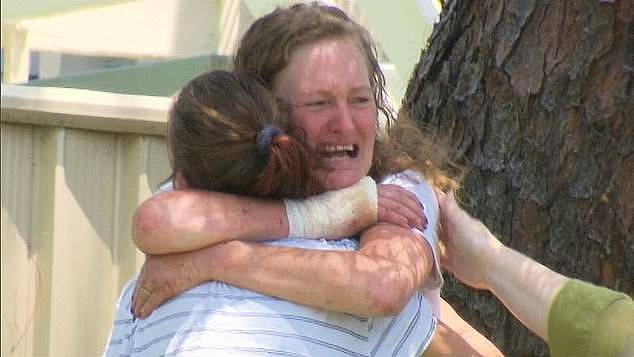 Robyn Coble is pictured hugging her teenage daughter after Adam Coble was fatally stabbed in 2019. Mrs Leonard subjected his mother-in-law to a wild stabbing frenzy – leaving her with eight separate wounds – before she stabbed him in self defence

‘He took a knife from a kitchen drawer and approached Kay from behind. Adam took Kay’s hair and smashed her into the floor, he stabbed Kay in the neck,’ Snr Sgt Harding said.

The officer said Robyn Coble then jumped from her seat and placed her husband in a chokehold while her mother took control of the knife.

‘Kay took the knife from Adam and drove it into his chest once. Robyn continued to maintain her hold while screaming for help,’ Mrs Leonard said.

The couple’s teenage daughter called police, who arrived at the home to find the mother-in-law with critical injuries and Mr Coble lifeless in his wife’s chokehold. 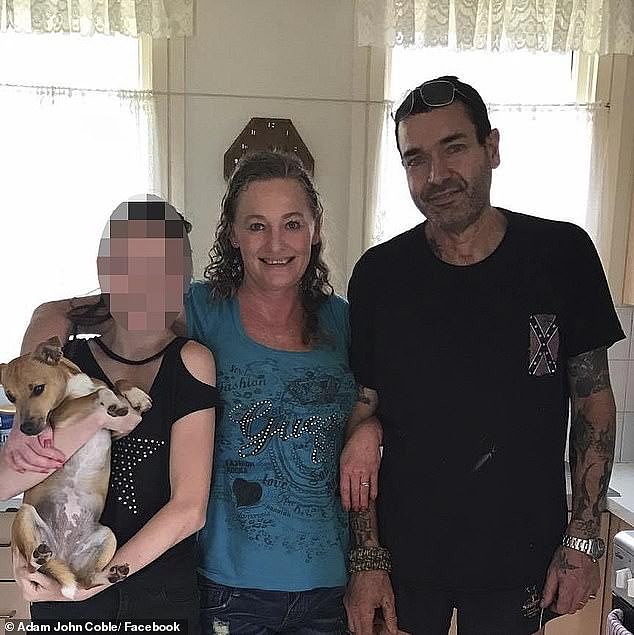 ‘I took the knife out of his hand so he couldn’t do any more and I stabbed him, mate,’ Mrs Leonard told police, 7News reported.

Mrs Leonard – who police said acted in self defence – survived her injuries despite spending 10 days in a coma.

The married couple had been known to police for domestic violence-related matters since 2008. 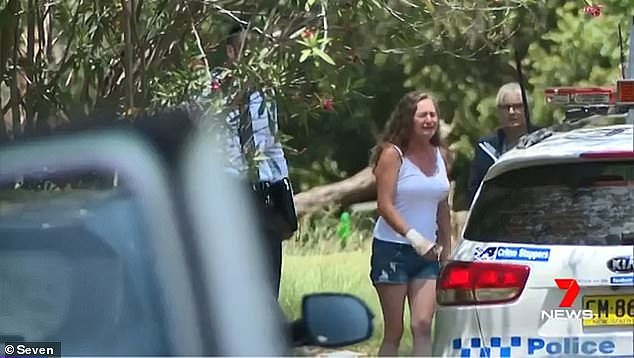 Mr Coble’s wife Robyn pictured after the stabbing in 2019. The couple’s teenage daughter had called police, who arrived to find Mr Coble lifeless in his wife’s chokehold

Mr Coble’s mother Anne Skeed, who had called for the formal review into her son’s death, said there was more information police had not given to the inquest.

‘Just sad that it’s turned out the way it has. It’s extremely sad.’

The coroner will deliver his findings on Wednesday.