It has been revealed the legendary actor intentionally did not include his 30-year-old son Quinton Anderson Reynolds, according to court documents obtained by TMZ.  Burt Reynolds left out his only child from his will before he died.

Reynolds, who passed away from a heart attack on September 6, named his niece Nancy Lee Brown Hess as the executor of his will, which he signed in October 2011.

Hess is now the personal representative of Reynolds’ estate and will control his possessions, which have been placed into a trust.

Reynolds, who was 82, only made one mention of Quinton in his will, although it appears to clarify that he has not disinherited his son. 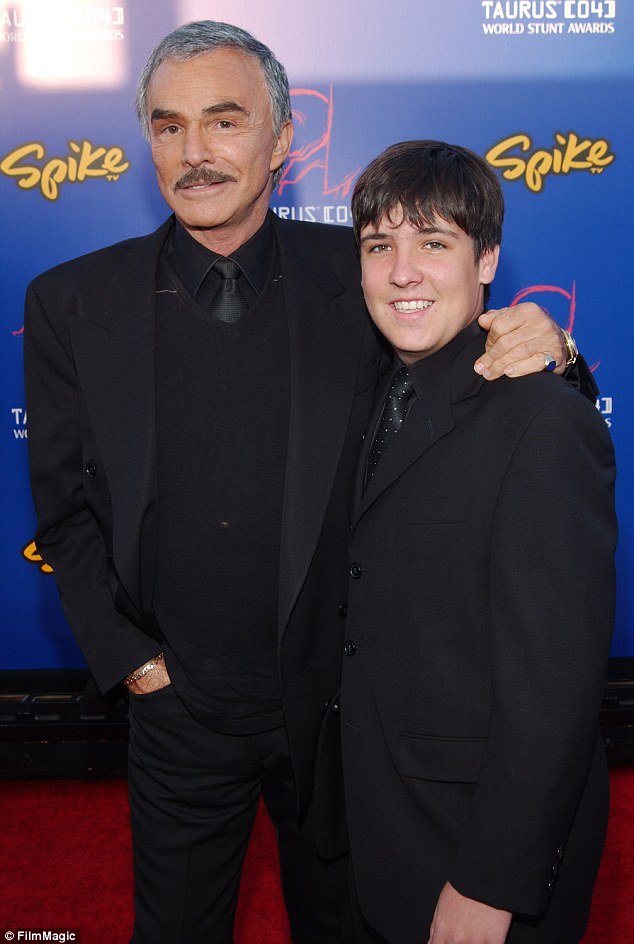 Burt Reynolds intentionally left out his 30-year-old son Quinton Anderson Reynolds (pictured together in 2004) from his will, according to court documents 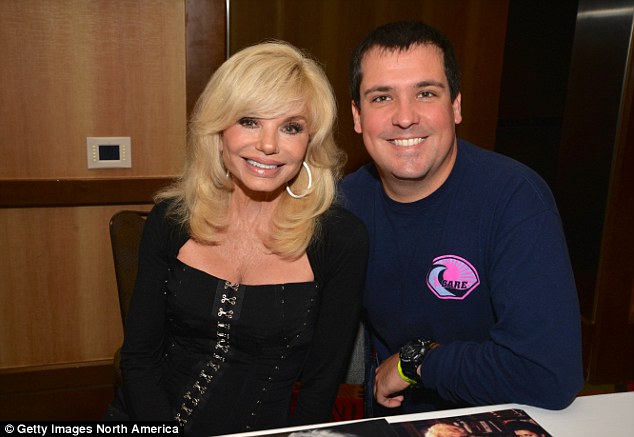 ‘I intentionally omit him from this, my Last Will and Testament, as I have provided for him during my lifetime in my Declaration of Trust,’ it reads.

The court documents state that Reynolds created a trust for Quinton years ago.

Quinton will reportedly continue to receive money from the trust, which may have been created to avoid estate taxes.

Hess may have been made the executor of the estate so as to avoid any conflict of interest, as Quinton is a beneficiary of the trust.

Reynolds adopted Quinton with his second wife, Loni Anderson, in 1988.

Shortly before his death, Reynolds called Quinton his ‘greatest achievement’.

‘He’s a wonderful young man and is now working as a camera assistant in Hollywood,’ Reynolds told Closer Weekly.

‘He never asked for any help with his career, he did it all himself, and I’m so proud of him. I love him very much.’ 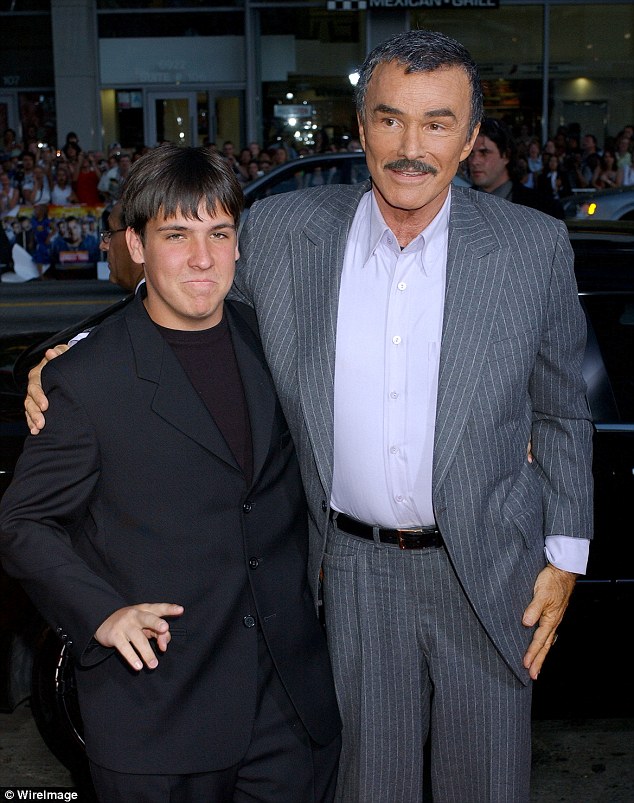 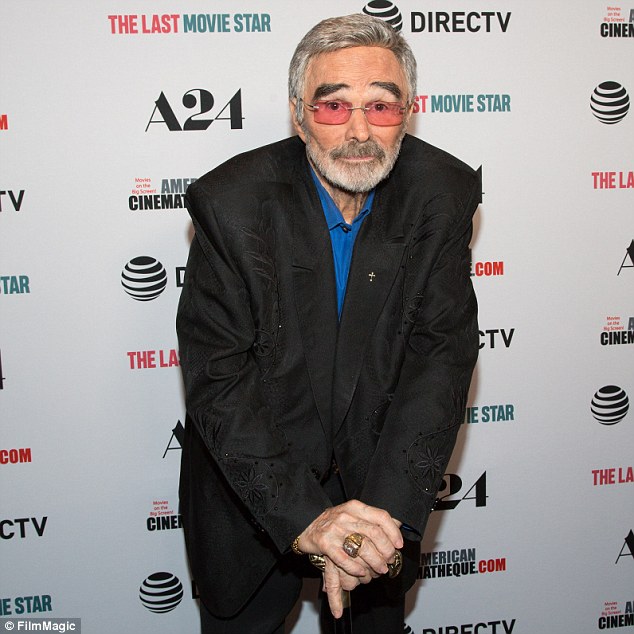 Quinton will reportedly continue to receive money from the trust, which may have been created to avoid estate taxes. Reynolds is pictured here in March 2018

Father and son were temporarily estranged during Reynolds’ very public and bitter divorce from Anderson, but they became close again in recent years.

Considered a golden couple in Hollywood, their split shocked many and dominated magazine covers in the early 1990s.

Things took an ugly turn as Reynolds revealed details of the former couple’s sex life – or lack thereof – as their divorce became public.

‘I don’t see how she can be in total shock,’ he told Good Morning America at the time.

‘If your husband has not touched you in the biblical sense in almost three years, how can you be surprised?’

Reynolds also claimed he caught Anderson cheating on him and said she was an underemployed actress and a bad mother.

In his memoir he claimed Anderson bought ‘everything in triplicate’ and demanded that she dress ‘like a star’. 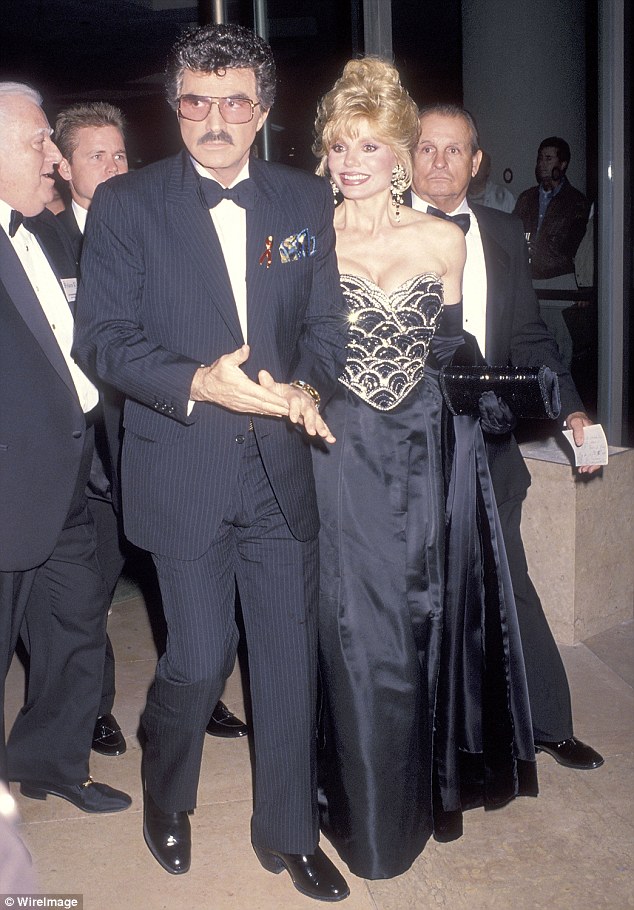 Reynolds adopted Quinton with his second wife, Loni Anderson, in 1988. They are pictured here together in 1993 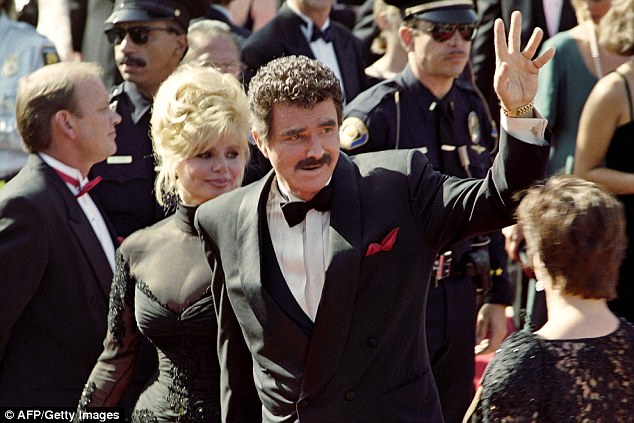 Father and son were temporarily estranged during Reynolds very public and bitter divorce from Anderson (pictured together in 1992), but became close again in recent years

‘I gave her a platinum American Express card with a $45,000 credit limit,’ he wrote. ‘She maxed it out in half an hour.’

In 1995 Anderson accused Reynolds of physically abusing her at least a dozen times while he was under the influence of drugs, according to People.

She also claimed he was not timely with his $15,000 child support payments.

In 2015, Reynolds told the magazine that he regretted marrying Anderson and called it a ‘really dumb move’.

‘I should have known that you don’t marry an actress,’ he said. ‘It wasn’t lollipops and roses.’

Although they had an ugly history, Anderson only had nice things to say about Reynolds after his passing. 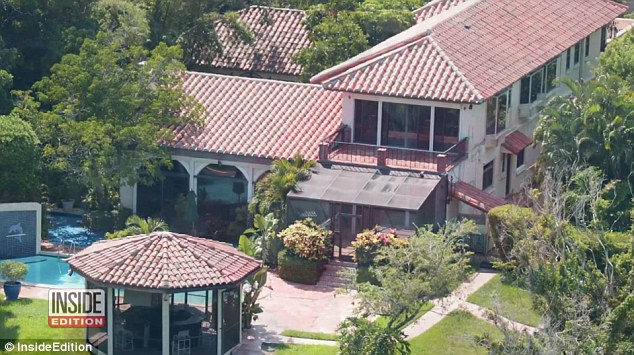 ‘Burt was a wonderful director and actor,’ she said in a statement. ‘He was a big part of my life for 12 years and Quinton’s father for 30 years.’

‘We will miss him and his great laugh.’

Reynolds reportedly had a net worth of $5million at the time of his death.

Although he was making $10million a year at the height of his career, the Smokey and the Bandit star had struggled financially for decades.

Reynolds declared bankruptcy in 1996, revealing he was more than $10million in debt.

He lived out his final years at his Florida estate after a friend purchased the property and rented it to him for a low price while the screen legend was struggling.

Reynolds sold his longtime waterfront home in Jupiter the following year to his real estate tycoon friend and neighbor, Charles Modica, in 2015 for $3.3million.

‘He was undergoing a lot of stress and strain in his life at that time and I called him and told him I would like to be a part to help him,’ Modica told Inside Edition. 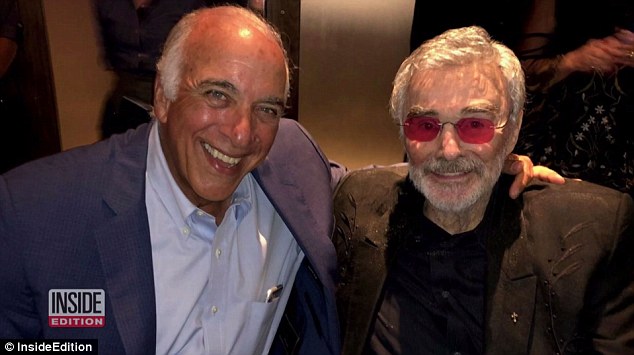 Reynolds sold his longtime waterfront home in Jupiter to his real estate tycoon friend and neighbor, Charles Modica (pictured together), in 2015 for $3.3million 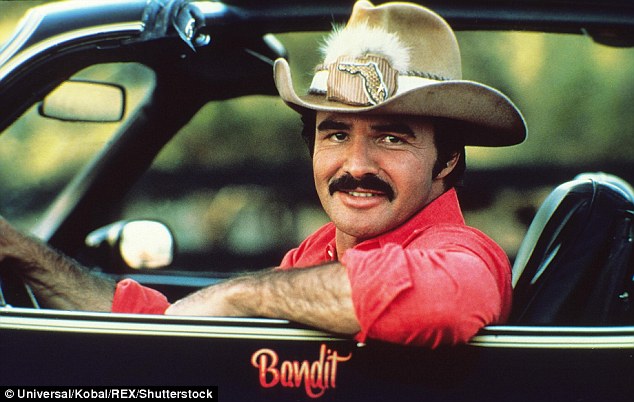 At the peak of his career, Reynolds was one of the most bankable actors in the film industry, reeling off a series of box-office smashes until a career downturn in the mid-1980s

At the peak of his career, Reynolds was one of the most bankable actors in the film industry and a leading male sex symbol of the 1970s.

He reeled off a series of box-office smashes until a career downturn in the mid-1980s.

Despite his long history of money problems, Reynolds told Vanity Fair in 2015 that his biggest regret in life was not spending more of it.

‘I would have spent more money and had a lot more fun,’ he said. ‘It’s always possible to spend more money.’