Lisa Wilkinson will reportedly rake in $2.3 million a year with her new gig at Channel Ten, over five times the amount of the ABC’s highest-paid host at $460,000 a year.

The top presenter at the national broadcaster is a woman, but managing director Michelle Guthrie has remained tight-lipped on the star’s identity. 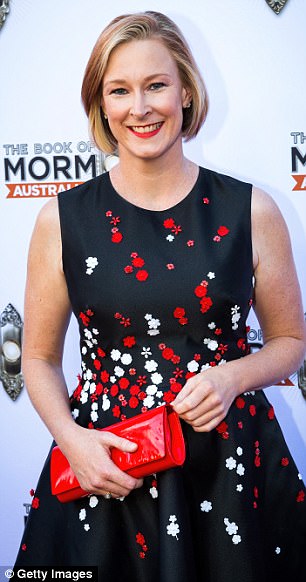 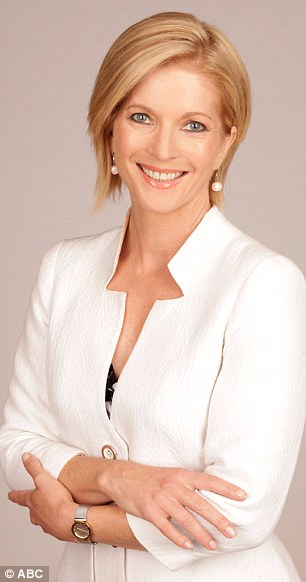 Who is the highest paid talent at the ABC? The national broadcaster has refused to reveal who earns the largest salary at the network, at $460,000, although it’s believed 7.30 host Leigh Sales (left) or news presenter Juanita Phillips (right) could hold the top spot 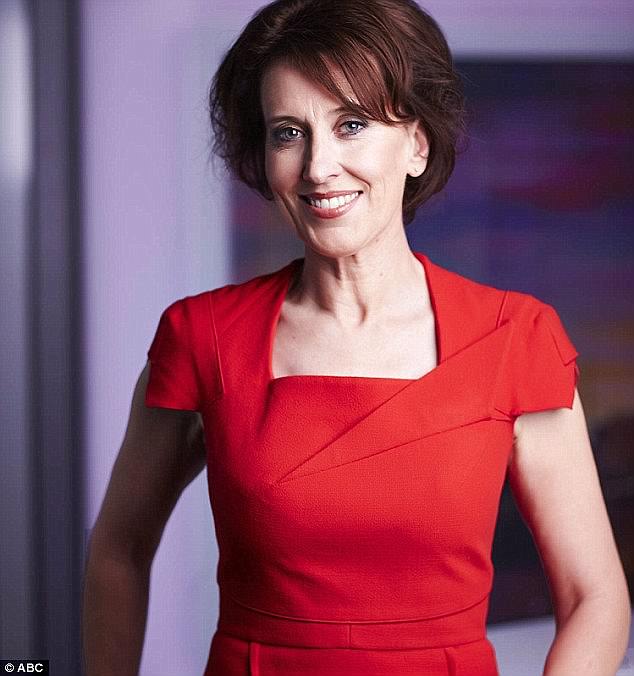 Sales was earning $280,400 five years ago while Phillips was on $316,454. Both women are understood to have boosted their salaries significantly since then.

Personalities including radio top earner Sydney drive presenter Richard Glover on $290,000, and Melbourne Mornings presenter Jon Faine on $300,000 were also above the $200,000 mark. 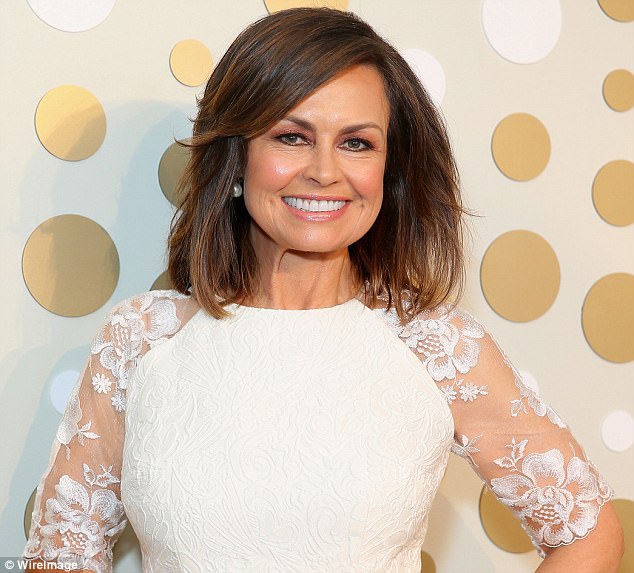 Lisa Wilkinson will reportedly rake in $2.3 million a year with her new gig at Channel Ten, five times the amount of ABC’s highest-paid talent 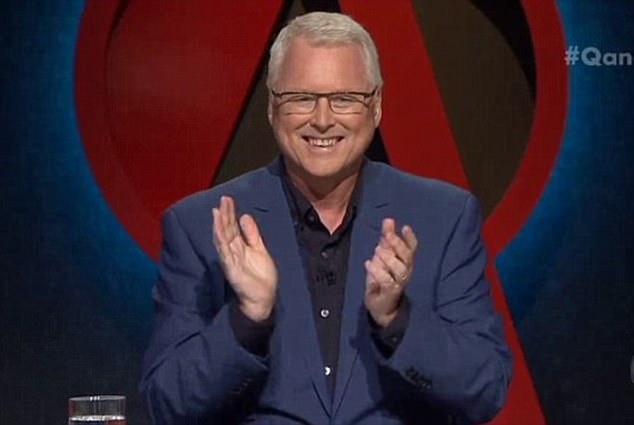 Leaked salary lists from 2011-12 showed Q&A presenter Tony Jones was the ABC’s highest paid talent on $355,789, but he has since been overtaken after Lateline was axed

Managing director Michelle Guthrie denied there was a gender pay gap at the public broadcaster at a Senate estimates committee hearing on Tuesday.

She said the highest-paid presenter was a woman who earned about one-eighth of the BBC’s top presenter, Top Gear host Chris Evans who took home $3.7 million.

Ms Guthrie said the ABC lead the way in gender representation on its board and in the employment and salaries of its staff.

‘There is no pay gap unfavourable to women at any level in the ABC. We have parity across our executive and our senior on-air talent,’ she said.

Ms Guthrie did confirm she was the highest-paid employee with an annual pay packet of $900,000 a year including superannuation, set by the independent Remuneration Tribunal.

The ABC was on October 13 given until the end of November to reveal the individual salaries of its top staff who earn more than $200,000. 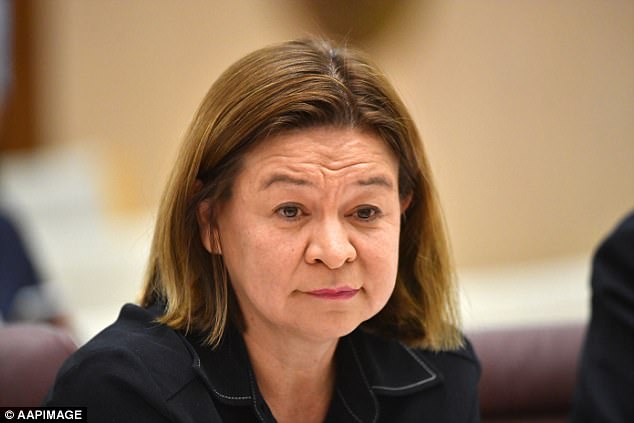 ABC managing director Michelle Guthrie refused a government request to disclose the salaries of its 150 highest-paid staff earning more than $200,000 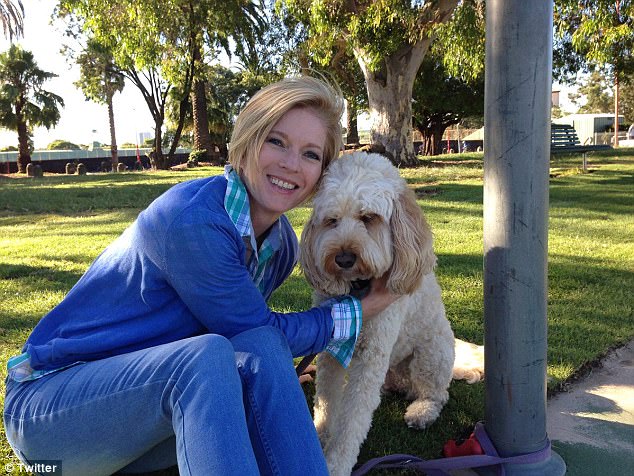 Pauline Hanson gets her figures wrong while slamming SBS and ABC

‘Taxpayers are entitled to ­expect a high level of transparency about how their taxes are being expended on their ­behalf,’ he wrote.

Mr Fifield threatened to introduce legislation that would force the ABC to reveal the information if it did not comply.

However, Ms Guthrie told the committee she had received advice from the prime minister’s department that revealing individual salaries by name would breach the Privacy Act.

Instead, she made salary breakdown tables, without names, of the top 150 employees paid more than $200,000 publicly available on the ABC website.

‘[The ABC] should not be burdened with quotas, sectional claims, red tape and political vendettas in achieving what the community expects of it,’ she said.

Mr Fifield made the request at the behest of One Nation leader Pauline Hanson, who demanded the increased transparency and a full review of the ABC.

One Nation would in return support loosening media ownership regulations that restricted companies from owning radio, TV, and print at the same time. 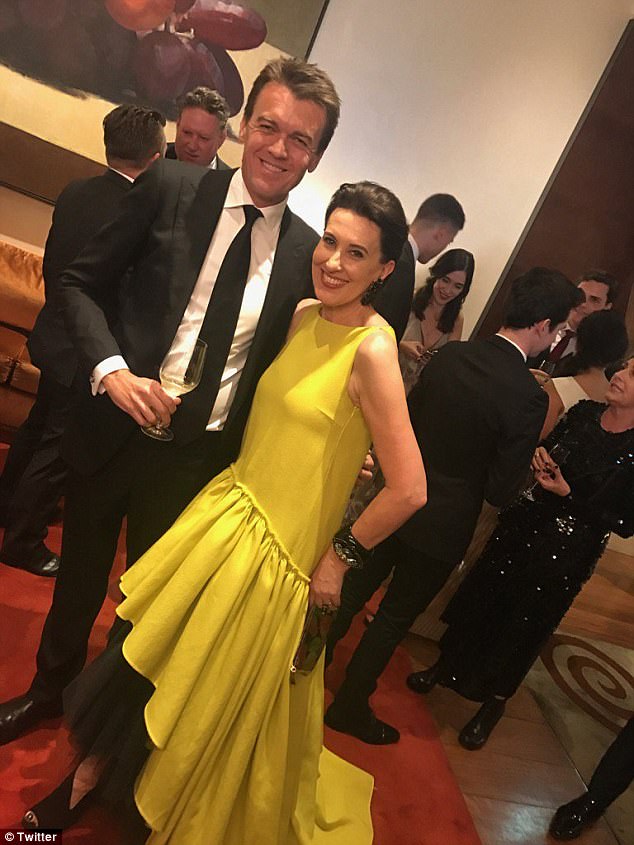 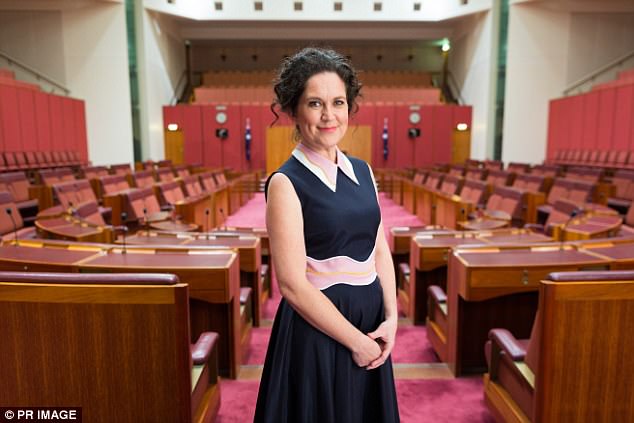