Ironwoman Candice Warner has spoken about Aussie swimming legend Dawn Fraser’s fondness for the odd beer during an interview about the Tokyo Olympics.

Warner, the partner of cricket star David Warner, said she was pleased to know Fraser was having fun barracking for the Australian athletes from the swimming icon’s home on Queensland’s Sunshine Coast.

‘I listened to an interview she was doing yesterday and she said she actually didn’t make it back to where they are in Noosa because she had too many drinks during the day,’ Warner told Triple M’s Moonman in the Morning team on Wednesday. 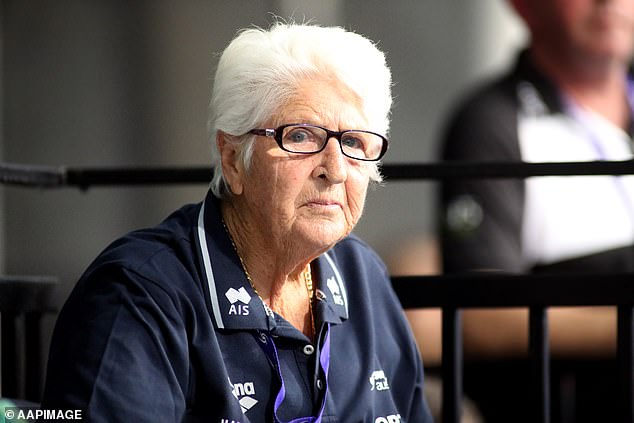 Dawn Fraser wrote about the infamous flag stealing incident, which took place after a drunken party at the 164 Tokyo Olympics, in her autobiography. Pictured at the Australian Swimming Championships in Adelaide in April 2019 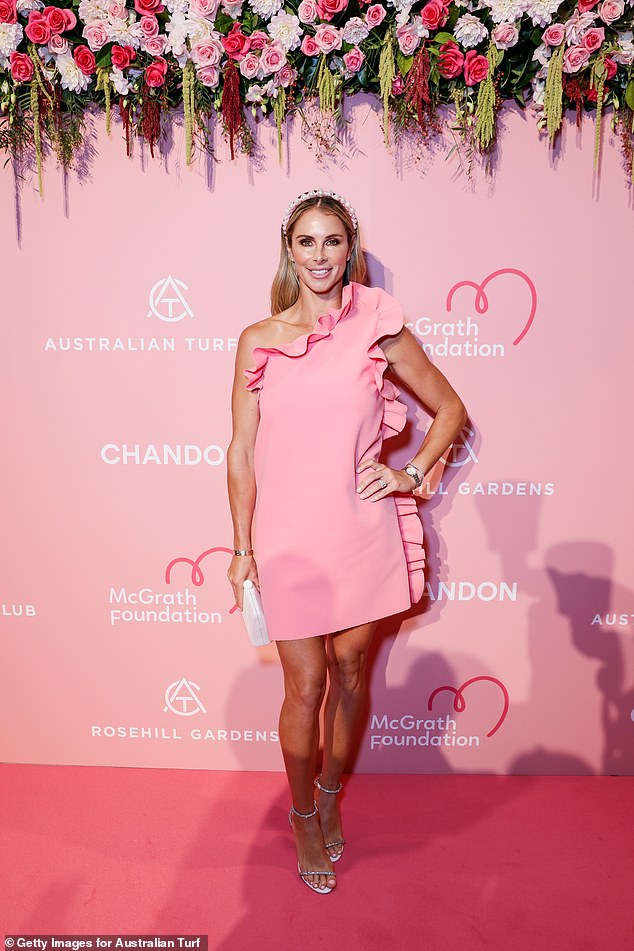 ‘True Aussie spirit – I just thought good on you sitting back and enjoying the Olympics,’ she said.

Moonman co-host and former The Block star Jess Eva said she had once had the pleasure of sharing a drink with Fraser.

‘I’ve shared a schooner of Toohey’s New with her and yeah she can suck them down in true Aussie style,’ Jess said.

‘I think she would definitely get a gold medal for that,’ Warner replied.

‘I’ve never had the honour of sharing a beer with her but I think she would drink me under the table.’

And Fraser would have more than enough moments to be celebrating with the Australian woman’s swim team smashing records and winning gold in Tokyo.

While Kaylee McKeown stormed to gold in the 100m backstroke.

And Ariarne Titmus won gold in the 400m freestyle after beating five-time Olympic champion Katie Ledecky from the United States – prompting a reaction from her coach that went viral. 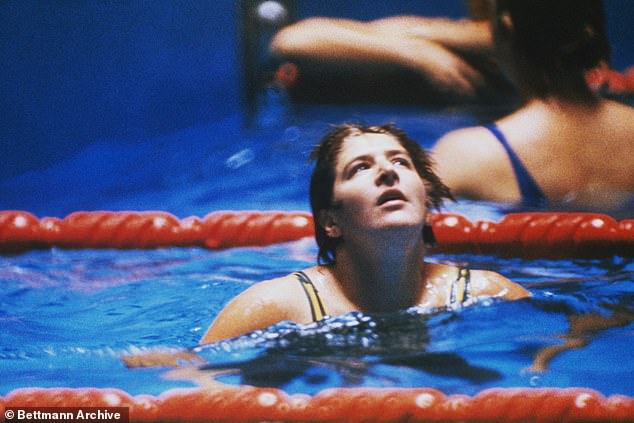 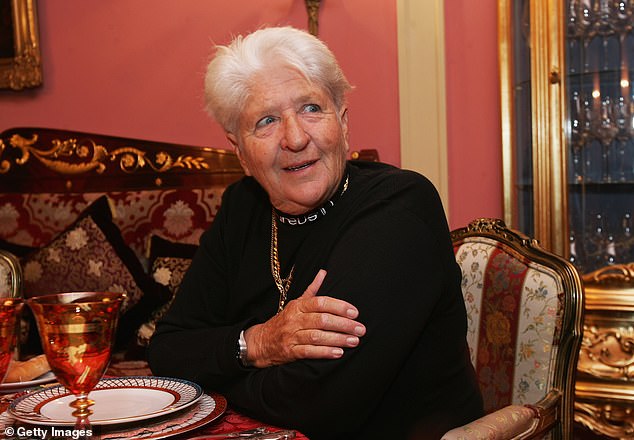 Fraser’s drinking ability has long been the stuff of Olympic myth.

She even tried her hand at being a pub owner – running the Riverview Hotel in Balmain for a few years from 1978.

When model Erin McNaught portrayed the former swimmer on Drunk History Australia, the 38-year-old model admitted she’d been amazed to learn Dawn had been a bit of a wild girl during her heyday.

In her episode of Drunk History, Erin recreated the moment Dawn, now 83, stole the Olympic flag from outside the Emperor’s Palace during the 1964 Tokyo Olympics. 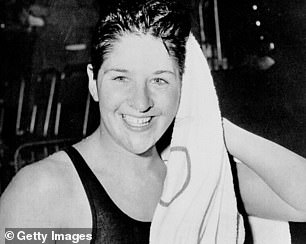 Fraser at the 1964 Tokyo Olympics (pictured)

‘I knew none of it. I was reading the script and thinking, ‘This cannot be real, like they have had to fill in gaps somewhere,’ but it’s 100 per cent legitimate,’ said Erin.

The former Miss Universe Australia admitted she never knew about Dawn’s rebellious side until portraying her in an episode of the comedy series.

‘She just drank beer all the time, smoked ciggies… It’s not how Olympians these days live their lives, but she nailed it,’ she continued. 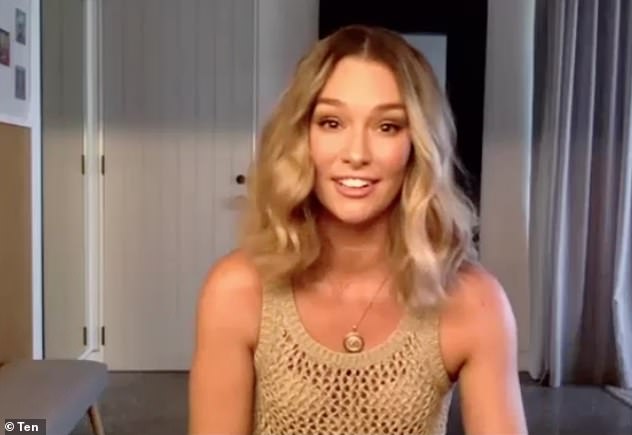 Dark history: Appearing on The Project on Monday, the 38-year-old model admitted she’d been amazed to learn Dawn had been a bit of a bad girl during her heyday

While Erin didn’t think stealing the Olympic flag seemed that bad, the act resulted in Fraser getting arrested.

Although she was released without any charges, the Australian Swimming Union suspended her from competing for 10 years.

Dawn wrote about the notorious incident, which took place after a drunken party with members of the Australian men’s hockey team and the Australian team doctor, or doc, in her autobiography, Below the Surface. 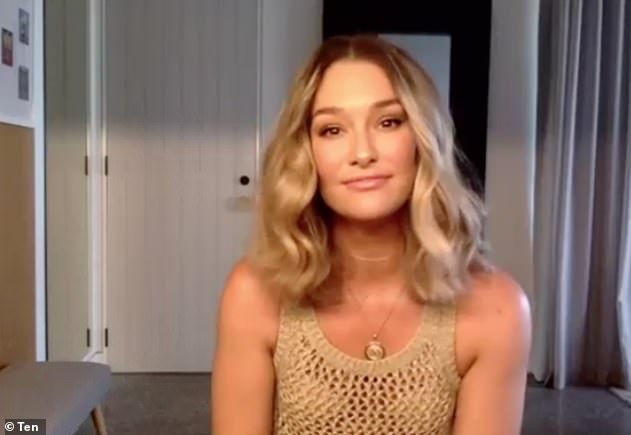 ‘I knew none of it. I was reading the script and thinking, ‘This cannot be real, like they have had to fill in gaps somewhere,’ but it’s 100 per cent legitimate,’ said Erin

‘The flagpoles were sprouting like exclamation marks all round us,’ she wrote.

‘We chose a fine big Olympic banner with the five circles on it, and one of my companions bunked himself up on the shoulders of the other.

‘They swayed around a little, and they swore once or twice, but finally they pulled the flag loose.’

Fraser was the first woman to carry the Australian flag at an Olympic ceremony at the closing of Tokyo’s 1964 games.

Before the delayed Tokyo 2020 Games began she handed the Australian flag to Cate Campbell – the first female swimmer to carry the flag at an opening ceremony.